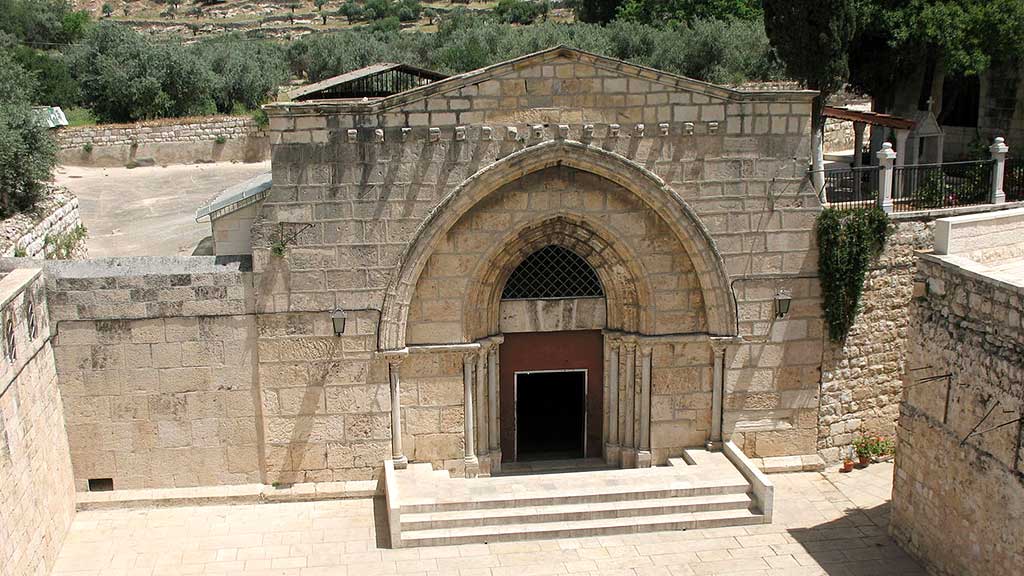 Many modern people do not believe in the Virgin birth, viewing it merely as a scandalous cover-up of Mary’s obvious adultery, the start of the greatest hoax (the ministry and resurrection of Jesus Christ) ever perpetrated on humanity.

I disagree.  I believe that the Mary was indeed the virgin mother of Jesus (Yeshua in Hebrew).

Along with other details, Luke, the Gospel writer and companion of Paul the Apostle, records:

‘. . . Gabriel the messenger was sent by God to a city of Galilee, whose name was Nazareth, to a virgin who has been engaged to a man whose name was Joseph, from the house of David, and the virgin’s name was Mary.

And the messenger coming to her, said, “Hail! She who has been favoured. The Lord is with you. You have been blessed among women.”

But she seeing him, was very disturbed at his speech, and was reasoning what sort of greeting this might be.

And the messenger said to her, “Do not fear, Mary; for you have found favour with God. And behold, you will conceive in your womb and bear a son and will call his name YESHUA. (Hebrew, meaning ‘Salvation’.)  He will be great and will be called the Son of the Highest and the Lord God will give to him the throne of his father (meaning ancestor) David, and he will reign over the house of Jacob forever, and there will be no end of his kingdom.”

But Mary said to the messenger, “How will this be, since I do not know a man?”

And the messenger answering, said to her, “The Holy Spirit will come upon you and the power of the Highest will overshadow you; hence the holy thing being born out of you will also be called the Son of God. And behold, Elisabeth your relative, she also has conceived a son in her elderliness, and this is the sixth month with her who was called barren, because no declaration from God will be powerless.”

But Mary said, “Behold, the bondservant of the Lord; let it happen to me according to your declaration.”

This is what the Gospel writer and apostle, Matthew, records:

‘Now the birth of Jesus Christ was thus: for when his mother Mary was engaged to Joseph, before they came together, she was found to be pregnant from the Holy Spirit.  Now Joseph, her husband, being a righteous man and not willing to disgrace her (not willing for her to die – Hebrew Gospel of Matthew), planned to divorce her secretly.

But when he was contemplating these things, behold, a messenger of the Lord appeared to him in a dream, saying, “Joseph, son of David, do not fear to take Mary to you as your wife, for what was conceived in her is from the Holy Spirit.  Now she will bear a son, and you will call his name Yeshua (meaning Salvation), for he will save (yoshia) his people from their sins.”

Now this whole thing has happened, in order that what was spoken by the Lord through the prophet might be fulfilled, saying, ‘Behold, the virgin will be pregnant, and will bear a son, and they will call his name Immanuel;’ which is, after being translated, ‘God with us.’ {Is. 7:14, 8:8, 10}

Now having been aroused from his sleep, Joseph did as the messenger of the Lord commanded him and took his wife to him; and did not know her intimately until she had given birth to her firstborn son, and he called his name YESHUA.’ [Matthew 1:18-25, based on the MLV version].

One other piece of background is needed to provide some essential context, without which the full extraordinariness of this narrative cannot be properly understood.  It from the Hebrew Torah, and concerns the law concerning engaged couples in the Book of Deuteronomy:

`When there is a damsel, a virgin, betrothed to a man, and a man hath found her in a city, and lain with her; then ye have brought them both out unto the gate of that city, and stoned them with stones, and they have died: — the damsel, because that she hath not cried, [being] in a city; and the man, because that he hath humbled his neighbour’s wife; and thou hast put away the evil thing out of thy midst.   [Deuteronomy 22:23-24].

With these texts before us, we can now undertake an analysis of the narrative to arrive an understanding of the events.

The virgin Mary was engaged, or pledged to Joseph.  In the Hebrew Torah, this state of being engaged carried the same level of commitment as marriage, even though they lived apart and had no relations.  She lived in Nazareth, a very small ‘city’ in Galilee.  (In Hebrew, any walled collection of houses was classed as a city, irrespective of the population.)  So, if Mary had slept with anyone, or had been raped and not screamed out, she would have committed a capital offence and would have risked being stoned to death in that culture.  Mary knew that.  So, in that culture, the massive implications for her in that tiny community of straying meant that she would not have done that.

In some texts of the Hebrew Gospel of Matthew, the original Matthew composed before it is thought he rewrote it in Greek for a gentile audience, it mentions that Joseph planned to divorce Mary quietly, because he was not willing for her to die, a fate that would make immediate sense to his Jewish audience, but not to his Gentile audience.  Hence in Greek, Matthew softens Mary’s possible fate to mere ‘disgrace’.

Knowing the Old Testament Law, Mary answers the angel, “Behold, the bondservant of the Lord; let it happen to me according to your declaration.”   First, Mary accepts the role the Angel has asked her to perform.  She was not RAPED, as some have malignly stated, because she specifically gives God permission.

Second, she understands her legal status before God in this situation – He is asking her to serve Him just like as a war captive, or bondservant would be serving her new lord, a concept which is familiar to any Muslim tutored in the history of jihad.  Only this time, the motive of the powerful Lord is not physical desire but so that God could establish His Kingdom on earth, for the sake of His people, whom He loves.  Mary has given permission for God to be her Lord and she his bondservant.

But when Mary arrives back in Nazareth 3 months later, it was now clear Mary was pregnant.  Joseph would be told.  He must have been beside himself, but his righteousness meant he controlled his rage and stared to think everything through.

Having come to his determination to fix this mess by divorcing Mary quietly, for her sake, he has a dream.

Joseph’s problem once he woke up from the dream was whether the dream was in fact a real visitation of the Lord’s messenger, or was it just a dream.  What could he do to find out?

All he had to do was ask Mary two questions:

Mary knew exactly what to say, because the angel had instructed that “you will conceive in your womb and bear a son and will call his name YESHUA. (Hebrew, meaning ‘Salvation’.)  He will be great and will be called the Son of the Highest and the Lord God will give to him the throne of his father (meaning his ancestor, the king) David, and he will reign over the house of Jacob forever, and there will be no end of his kingdom.”

Joseph knew from the Hebrew Scriptures that the Messiah, the son (descendent) of David, was to save the people from their sins.  Mary’s answer must have amazed him.  There was not any other name she could have chosen, and Hebrew has a lot of proper Hebrew names to choose from.   But the reasons for choosing the name fitted perfectly with the role this Yeshua would play, for it is the promised son of David who would save people from their sins, according to the Hebrew scripture.

Joseph’s decision to marry Mary and accept the unborn child as his own, taking on the scandal as his, as well as hers, forsaking his reputation as a righteous man, is inexplicable unless Joseph believed the message of his dream.  In other words, he believed his wife, not only because of her good character, but also because her account confirmed his dream.  In his mind, any other explanation was impossible.  The confirmed dream saw to that.

‘Lord Himself giveth to you a sign, Lo, the Virgin is conceiving, And is bringing forth a son, And hath called his name Immanuel’ (God with us). [Isaiah 7:14]

Both Mary and Joseph would have known this prophetic utterance, given by Isaiah 750 years before.  So, the concept of this unique event was known from the Scriptures.  But only the angelic utterances to both Mary and Joseph could permit them to come together as marriage partners, now understanding who the baby really was.

The thing which makes all of this an exalted triumph of faith, obedience and devotion is the obedience to one commandment above all by these two people: “You shall love Yehovah your God with all your heart, soul and strength.” [Deuteronomy 6:5].  They were willing to do this because they both knew the essential character of God – love.  They both sacrificed their reputations to serve their God to accomplish a great good – the birth and nurture of the Son of God.

Joseph and Mary are to be truly honoured.

Cynics who want to dismiss the love of God will not see this story as anything other than ridiculous lie, failing to think it through because they refuse to accept the possibility it could be true.

But once you accept it can be possible, the internal evidence of the story itself strongly confirms its veracity.  Our concept of reality, our world view, then suffers an earthquake as it must be rearranged to accept the incursion of the Creator God, the God of Israel, into human affairs.

That is only the start of the Good News wrapped up in the Christmas story, a present from God offered to each and every one of us, by name, from our Heavenly Father. God bless you,