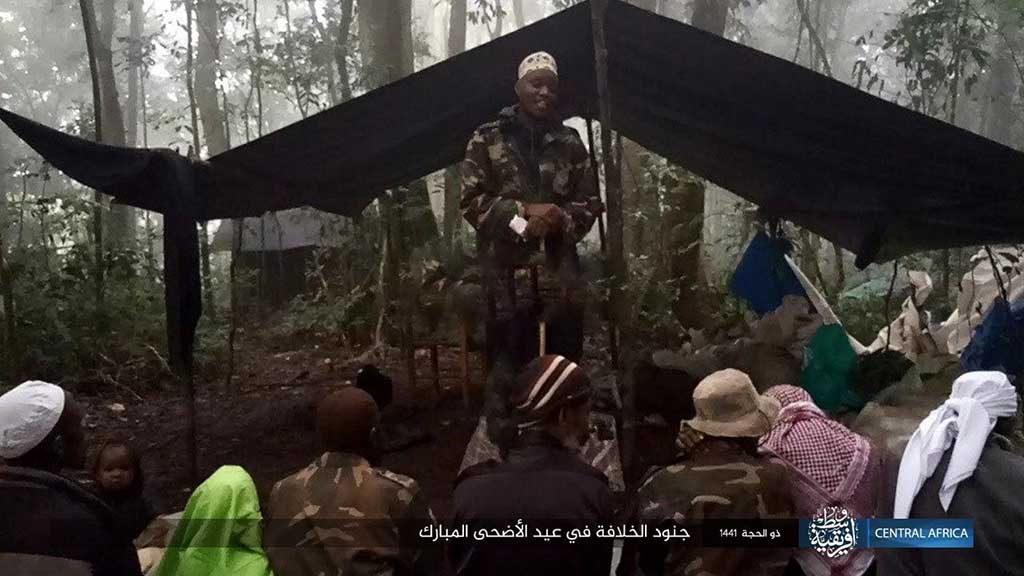 “The Islamic State (ISIS) Central Africa Province (ISCAP) is one of ISIS’s African affiliates that the global organization and its new leadership use to demonstrate it continues to be relevant and active.

Since its April 2019 inception, ISCAP has mirrored a strategy adopted by ISIS’s most dangerous African branches: the Islamic State West Africa Province (ISWAP) in Mali, Nigeria, Niger, Chad, Cameroon, and Burkina Faso; the Islamic State Sinai Province in Egypt; and the Islamic State Libya Province. This strategy focuses mainly on targeting local Christian communities to swiftly expand in Africa. ISCAP’s escalating campaign against Christians is a clear indication that under the global ISIS organization’s new leader Abu Ibrahim Al-Hashimi Al-Qurashi, there is no change in the group’s strategic direction regarding slaughtering Christians; rather it is likely that he has prioritized the targeting of Christians as a crucial manhaj (“methodology”) for expansion in the African continent.

ISIS increasingly relies on its African affiliates to demonstrate its survival and expansion as echoed in the organization’s Arabic motto “Baqiyah Wa Tatamadad [remaining and expanding],” particularly after heavy losses suffered in Iraq, Syria, and the rest of the Middle East.”

Currently, the peaceful, unarmed, Christians’ strategy is either to scatter or be ‘sitting ducks’, which, while being laudable for their peace-loving stance, will be killed by this gang of murderers who believe that their god Allah wants them to kill Christians.   Why a God who creates wants his children to uncreate each other is not explained, beyond the notion that ‘if it was good enough for Mohammed, it is good enough for me.’

Was Mohammed sinning when he himself participated in raids to slaughter Christians? According to the Bible – yes. ‘Thou shalt not murder’ is one of the Ten Commandments.  These killings were not acts of self-defence.  He and his followers instigated the raids on lightly armed desert caravans for booty, sex-slaves and power.

In the same way, ISIS or ISCAP are sinning against God and man by doing what they are doing.  But we know they will not listen to reason.  So, what can Christians do?

Jesus gives us some guidance:

‘`When I sent you without bag, and scrip, and sandals, did ye lack anything?’ and they said, `Nothing.’  Then said he to them, `But, now, he who is having a bag, let him take it up, and in like manner also a scrip; and he who is not having, let him sell his garment, and buy a sword.  For I say to you, that yet this that hath been written it behoveth to be fulfilled in me: And with lawless ones he was reckoned’ [Luke 22:35-37].

The armaments of these marauders are light: submachine guns, heavy machine guns, a few mortars and RPGs, apart from edged weapons.  This is nothing that a double 1-metre thick earth and wattle wall cannot stop, and heavy walling and roofing with a 1 m thick layer of earth to stop the mortars.

So, build walled villages and towns, further protected by spiked ditches and barbed wire.  Within the towns each section of wall needs to be defended with dug in firing points, with men armed with anything: bows and arrows, crossbows, captured rifles and so on.

Obviously the larger the town the better, for a large town can enclose agricultural land or orchards, permitting food supply to continue through a siege.  Building alliances with other towns and linking up to receive supplies from each other increases the ability to fend off larger armed forces.

Once it is clear to ISCAP they cannot capture the towns, then they either have to ignore them or slow themselves down with heavy weapons.  Nowadays, heavy weapons are themselves sitting ducks to simple drones.

Just as European Christians were forced to defend themselves from Muslim marauders in the past and developed hill-top defensive towns, walls cities and effective weapons, so the Christians of Africa need to do the same.

If the governments of African countries are unable, or unwilling, to defend their Christian populations, then they have made themselves irrelevant and their armed forces irrelevant.  In which case they need to get out of the way and let the Christians protect their families and friends.  In this way these Christian communities can establish proper governance, which includes

‘ for not in vain doth the it bear the sword; for of God it is a ministrant, an avenger for wrath to him who is doing that which is evil.’ (Romans 13:4].

It takes as much faith to defend your people as it does to trust God to receive you into eternity as you are being decapitated. As the writer to the Hebrews says:

‘who through faith did subdue kingdoms, wrought righteousness, obtained promises, stopped mouths of lions, quenched the power of fire, escaped the mouth of the sword, were made powerful out of infirmities, became strong in battle, caused to give way camps of the aliens’ [Hebrews 11: 33-34].

Christian church leaders would do well to use their influence to encourage the appointment of capable men to lead the people, inspired by the example of Moses who organised the choosing of  leaders of thousands, five hundreds, hundreds and tens.

Whatever ISIS and ISCAP may be, they are not and never can be governors, and no Christian is under any obligation to bow to their usurped authority.

In the recent UK government security review, it has agreed to focus on East Africa as a priority area for providing security help.  It seems to me that this is an opportunity, but one that requires the Christians of East Africa to show that they can do much of the task themselves – making the load that the UK Government can shoulder a realistic one.

Once ISCAP realise that every time they attack Christians, they lose a significant number of their cruel and heartless foot soldiers, history indicates their enthusiasm for jihad will eventually significantly diminish. God bless,