Understanding Chapter 13 of the Book of Revelation 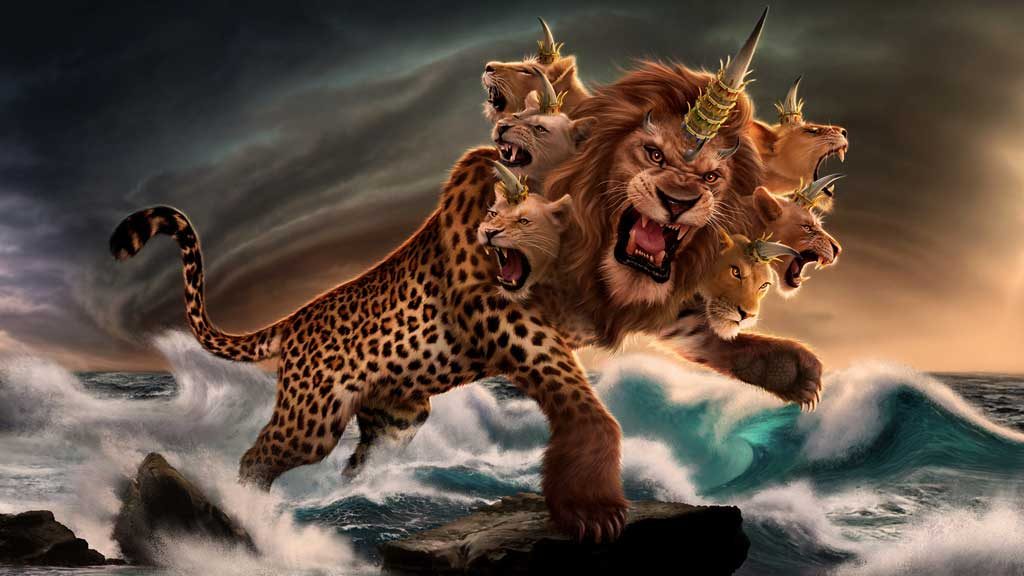 For many the Book of Revelation at the end of the Bible is a mysterious and scary book.  It was given so that mankind would know what would happen after Jesus was ascended.  Many people believe that it was written about events happening at the time it was written and either addressed issues of persecution by the Jews or by the Romans.  However, the book itself says why it was written: “Come up here, and I will show you what must take place after this.” (Revelation 4:1).

The Book of Revelation gives us a ringside seat to the panorama of history from the coming of Christ all the way into our future eternity.  It does not try to tell the whole history of the world in just a few chapters: its themes are the Church and what will happen to it and how the Church should respond.

The book adds to the other literature in the Bible concerning the times of the end, found in some of the Old Testament prophets (particularly Isaiah, Jeremiah, Daniel, Zephaniah, Zechariahas well as some of the Psalms), as well the certain New testament passages, such as Matthew 24, Mark 16, Luke 17 and 21, 1 and 2 Thessalonians).

For some time in the early part of the Church’s history, the book was not well received, but in the end it was recognised as authoritative scripture and accepted universally early in the 4th century.

Of all the New Testament books the quality of the manuscript collection we now have is among the poorest, with a large number of variant readings.  Most are trivial and the original text can be safely constructed, but one verse (Rev 13:10) has so many variant readings that its clear meaning is uncertain. (In my previous article I suggest this may be purposeful).

In addition to this, given that the topics covered concern the future, the text is subject to influence by translators, particularly when it comes to paragraph construction and punctuation.  Nowhere is this more evident than in chapter 13, where reading it from the perspective of our time, it seems the meaning of the original is somewhat obscured by translator’s assumptions.  I would like to therefore bring out what I see as a clearer layout of the text.

Like much of the New Testament, the Greek is written with a Hebrew idiom added to the sentence structure.  For example, the word ‘And’ is often used to start a sentence in Hebrew and indeed frequently denotes this.  It can also be used to start a new idea that would often be set out in written English as the start of a paragraph.  So, my suggested clarification to the text is in verse 7.

13:1 And I stood upon the sand of the sea, and I saw a beast ascending out of the sea, having ten horns and seven heads and upon his horns ten diadems and names of blasphemy upon his heads.

13:2 And the beast which I saw was similar to a leopard and his feet were like the feet of a bear and his mouth like the mouth of a lion and the dragon gave him his power and his throne and great authority.

13:3 And I saw one of his heads, like what has been slaughtered to death, and his deadly wound was healed and the whole earth marvelled after the beast;

13:8 And all who are dwelling upon the earth will worship him, everyone whose name has not been written from the conception of the world in the Book of Life of the Lamb who has been slaughtered.

My suggestion is this:

13:7a And it was given to him to make a war with the holy-ones and to overcome them.

13:7b And authority over every tribe and people and language and nation was given to him.

Verses 1 – 4 tell us in general terms what the Beast is and the reaction he produces in the people.  The sea we are told later in the Book represents people or populations, so this is an empire that arises from a population.  It is like the animal-represented kingdoms in the Book of Daniel, with the lion (representing the Babylonians – located in modern day Iraq), the bear (representing Persia – modern day Iran) and the leopard representing the Hellenic or Greek Empire, which extended across a region that is now modern day  Turkey, Egypt and Libya – including Biblical Cyrene –  and eastward beyond into Central Asia).

From verses 4 to 7a, the theme is the war-making that this Beast is authorised to carry out – and this occurs for a period of ’42 months’.  If a month is taken to be a scalar quantity equal to the average number of days in a month (30.44 on average but accepting a month is an approximate measure in days) then 42 months is 1278, approximately.  The number of years from the conquest of Jerusalem by Islamic armies to the final abandonment of Jerusalem by Islamic Ottomans in 1917 is within 1 year of this number.  A few years later, in 1924, the Caliphate was abolished and under Sharia Law, without a Caliph Islam had no longer any authority to wage offensive war.

So up to 13:7a the theme from 13:4 is war, and that war is only authorised by a period.  From 13:7b on the theme is authority, where without war as such, the Beast is given authority over every tribe, people, language and nation.

Those who have been following the unfolding events in the UN over the last few decades will have seen the rise and influence of the OIC, the Organisation of the Islamic Conference, a unique organisation that is both political and religious.  Under its leadership it has secured a massive solid voting block at the UN and has been able to push through a number of initiatives, including the continual and unique Israel-criticism that takes up a great deal of debating time at the UN.  It has been able to use its influence due to the critical need of countries to have access to oil, gas and petrochemical supplies at a competitive price, and that has given the OIC great influence, or authority, over nations and peoples and tribes.  When it comes to language, there is a continual attempt to persuade have nations pass and enforce ‘blasphemy laws’, by which is meant any criticism of Islam for any reason, or any criticism of historical Islamic figures, or any truthful reporting about the connection between Islamic doctrine and the actions of Muslims and Muslim organisations, including terrorist ones.

We have not yet arrived at the point at which all will bow down (worship) Islam, but I suggest process is underway with many governments already effectively under the control of Islamic groups, through the control of language. For example, by threatening to call someone racist for criticising any Islamic practice or doctrine, or Islamophobic, and equating the two (racism and Islamophobia) repeatedly.  It is clear most governments in the West are terrified of Islam. They are threatened with a general breakdown of law and order, since many Imams have the power to call out the majority of the Muslim population in a city onto the streets within an hour.  Then western governments get scolded and told they cannot trade anymore with Saudi Arabia, as happened recently to Sweden when it dared to voice a negative opinion about a particularly egregious injustice as the Swedes saw it.   Bowing down, as Barack Obama famously actually did before King Abdullah of Saudi Arabia, is something Western leaders are expected to do, one way or another.

The recent turn to Islamic causes by the British Labour Party is a further sign of this trend, where political power centres are being parasitized and controlled by Islamic influence.  As Muslim populations increase in power and scale, we can expect this process to continue more rapidly in the coming years.

The question is who will have the courage to oppose this?  The answer is given in the Book – the Christians.

And that is where it will get interesting.

So, we can take heart that the Lord has told us what is going to happen in the future, and we would do well to take careful note of this and obey His instruction, and ‘Be ready!’. God bless you