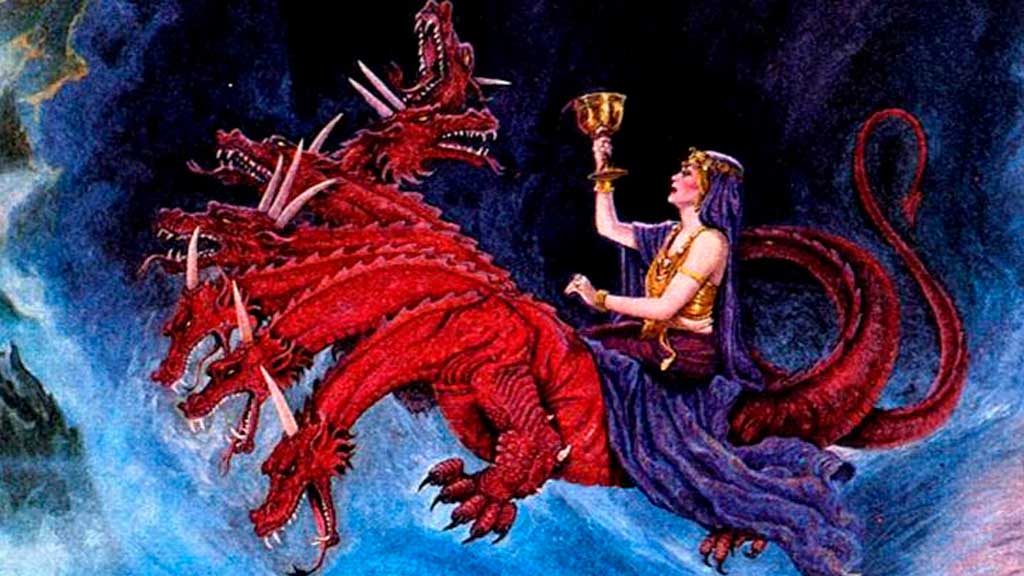 The last book of the Bible, the Book of Revelation, contains John’s record of a prophetic vision that the Lord gives him of things that would happen leading up to the return of Christ and then beyond that into heaven itself.

In the 14th chapter, the Lord shows John a message for the whole church, worldwide. Versus 6 -12 are these:

“And I saw a messenger flying in mid-heaven, having the everlasting good-news to proclaim to those who dwell upon the earth and to every nation and tribe and language and people; and he says in a loud voice, ‘Fear the Lord and give him glory, because the hour of his judgment has come and worship him who made the heaven and the earth and sea and springs of waters.’

And another, a second messenger, followed, saying, Fallen, fallen is Babylon the great, who has given all the nations to drink out of the wine of the fury of her fornication.

And another messenger, a third, followed them, saying in a loud voice, If anyone is worshiping the beast and his image and receives a mark upon his forehead or upon his hand, he will also drink out of the wine of the fury of God which has been mingled undiluted in the cup of his wrath, and he will be tormented in fire and brimstone in the sight of the holy messengers and in the sight of the Lamb; and the smoke of their torment is going up forever and ever, and they have no rest day and night, who are worshiping the beast and his image and if anyone receives the mark of his name. Here is the endurance of the holy-ones, those who are keeping the commandments of God and the faith of Jesus.”

This passage has down the centuries been the subject of much conjecture as to what they mean. They are represent three great challenges to the Church, by which is meant all Christians.

The first challenge is to fear God, i.e. to take His person and words seriously.  If we do, we will ‘keep the commandments of God’. If we don’t then we disobey. The price of our disobedience is that we must face God to account for what we have done. The Scripture reminds us that God is the Creator of the heaven and the earth and its water resources. The first chapter of Genesis, the first book in the Bible, describes the Creation of the heavens and the earth and all that is in it. Remarkably, modern science and the Biblical Creation story agree – no Biblical statement is falsified by any science but actually agrees with it. That is a remarkable confirmation of the truth of the Biblical scriptures. The implication is that there is a God, and that God is the God of the Bible, and He calls us to take what He says seriously, because judgment is soon upon us all, no matter what religion or none we may have.

The second challenge is more difficult to discern, yet the Bible is clear: once Babylon the Great falls, the trading ships of the world will not have any customers for their goods, and yet it also says that many people will survive its fall.  For this to happen, all the modern consumer economies of the world will fall. Babylon the Great is therefore the globalised civilisation with its dependence on trade and global resources.  The Bible says it will fall and not recover.

Later in the Book of Revelation, it commands (Revelation 18:4) the following:

“And I heard another voice from heaven, saying, ‘Come forth, my people, out of her, in order that you might not have fellowship together in her sins and in order that you might not receive out of her wounds, because her sins were joined to her even up to heaven and God has remembered her wrongdoing.’ ” (Note: the ‘you’ in these verses is a plural, so it is addressing the command to God’s people).

A long time ago the Lord told the Jews who had been deported to Babylon in Mesopotamia that at some point they were to ‘come out of her’. This same command is used in this end-time event, so that people will be saved from a coming violent collapse.

But how do you come out of a global economy? The clue lies in what the Bible says will happen to it, for her enemies (Rev 17:19):

Taken literally, it suggests that her economy will collapse, people will not be able to clothe themselves, her food supply will collapse (especially meat, which requires refrigeration in our modern economy) and the enemies will burn her buildings.

So, any people who have an independent economy, albeit a rather more humble economy (Zephaniah 2:3) will be able to feed, clothe and securely house themselves. These, necessarily, will be rural or at least peri-urban people.

So, if you have not yet sorted out the means to feed yourselves, cloth yourselves without recourse to what has to come by ship from far away, you are still in the system of the global economy.  In fact, most of us are. But the warning is clear – civilizational collapse is coming and the Lord has shown us what we must to do to prepare. When will it happen?

That is the topic of my next Message. The Lord bless you,