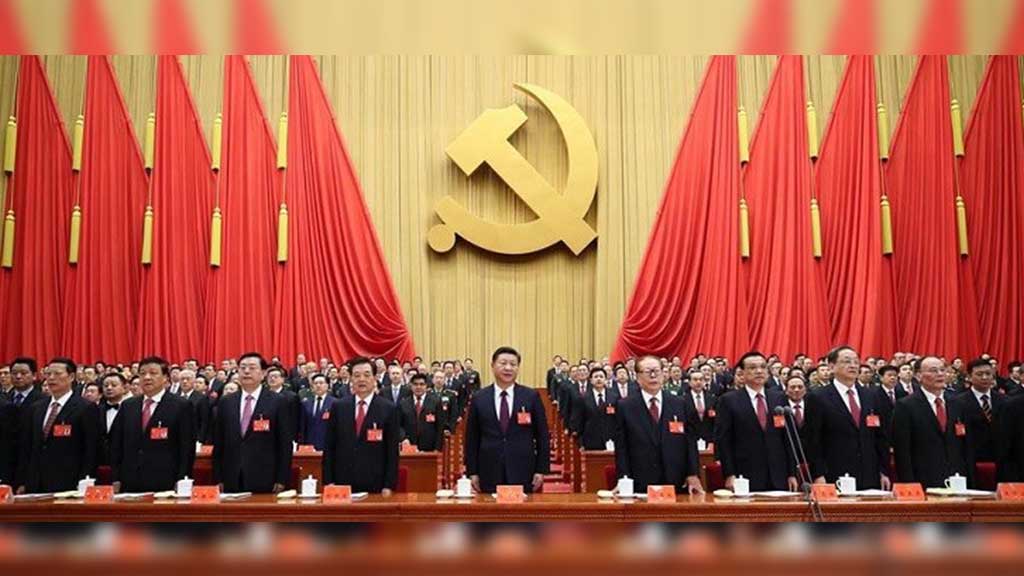 The Chinese Communist Party, the CCP, is determined to make China the most powerful nation the world has ever seen.  Massive investments in technological arms races on every conceivable front is propelled by an ambition to make the rest of the world serve China.  Whose who will not serve they will destroy.  That is their vision.

In pursuit of this ambition, every love, faith and hope that exists must be love of the Party, faith in the Party and hope from the Party.   Any other love, any other faith and any other hope is stamped out by every conceivable brutality: imprisonment, torture, rape, brainwashing, threat and killing.

So, what is the Party for?  To rule everything.  And for what purpose must it rule?  To rule.  Machiavelli’s book, The Prince, had the same message.  He wrote The Prince, first published in print in 1532, to describe the chief purpose of power, which was to gain more power.

The problem with Machiavelli, and the CCP nearly 500 years later, is that, having no higher purpose, the pursuit of power is ultimately pointless and meaningless, an enormous self-exhausting effort to attempt to grasp infinite power that is unable to answer the question whether its purpose is to nurture life or destroy it.  In the end, all it can do is destroy it, including its own.  For to nurture life one must give up something of one’s own life.  Indeed, to redeem life, as Christ has done, the Person who had the infinite power to create the Universe chose to die for the creatures He Himself had made.    This is what gives God’s power meaning: He has used His power to love.

Like Adam and Eve in the Garden, who ate of the tree of knowledge of good and evil in order that they may be like God, so they thought, knowing good from evil, all it led to was the inheritance of the Curse – ‘In the hour that you eat of it, you shall die.’

The CCP, being unwilling to give up any power under any circumstances, has deprived its people of life, faith and hope – at least a love, a faith and a hope worthy of these titles.  Instead, all it has to offer them is any empty future devoid of meaning and full of torture, imprisonment, slavery and death.

Until the CCP is able to understand that its course is disastrous, the best thing the rest of the world can do is have as little to do with it as possible. Those who fail to do will be as guilty of the torture, rapes, psychological torture and killings and CCP themselves, for by their collaboration they are sending the message that they have no problem with this behaviour.

Oxford University, for example, has, like many universities, been only too happy to receive large endowments from China.  While its woke professors have recently found it fashionable to excoriate the evils of the British Empire, they seem perfectly happy to take China’s hush money when it comes to China’s treatment of its religious minorities.  Their hypocrisy is beyond measurement.