An Unsettled Briton: Confessions of a Second Generation, Christian, Immigrant 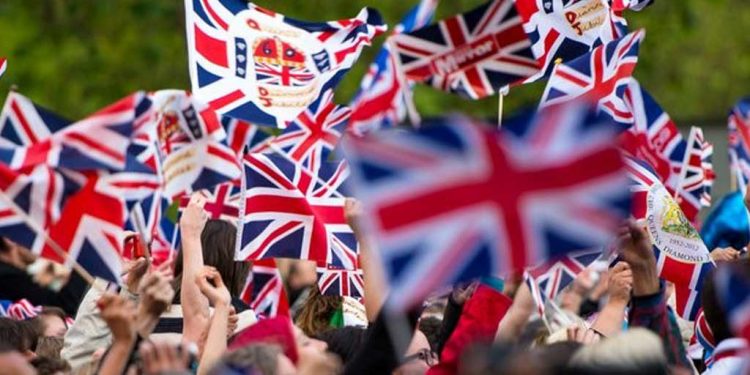 My mother left Holland when she was 17 to work in England as an au pair.  Two years later she was married and shortly after her 20th birthday she gave birth to a baby boy – me.

Four hundred years before Queen Elizabeth 1 was persuaded by one of her advisers that England should use its rising naval power, take advantage of the advances in ocean navigation and set about becoming an empire, just as the Portuguese and the Spanish were doing.

A lot of history went on in between those two events, but by the time I took my first breath most of the British Empire was no more and the UK was turning away from many aspects of its past, including its Christianity, the Christianity that had defined the major part of its culture for 1700 years.

The science that Great Britain had made such a strong contribution to, not least because of the Christian virtue taught by St Paul to ‘Test everything, and keep what is good’, had ironically caused it to doubt the veracity of the Bible.  It was the apparent mismatch between the story of a six-day Creation in the Bible and what science was discovering about the great age of the Universe and the apparent lack of need for a Creator to account for the origination of all the different species that caused many, maybe most, of the British to assume that the Bible story was false: there was no God, Jesus could not have risen from the dead, and Israel was not special after all.

And so, the law of God became no longer a covenant of freedom but a chain of repression.  The land of Israel could not have been promised (who was there to make such a promise), so the Jews were just stealing someone else’s land, and if they were having a hard time, more fool them for believing this nonsense.  And the Christians were just idiots for believing liars.

In my childhood a new cultural revolution had begun, the permissive society was swinging away, and pleasure seekers were arguing that since God did not exist (science had proved that) He had no right to tell anyone what they should do, or not do, with their bodies.  While deluding themselves that what they were doing was new and untried, the British were in fact trudging down the well-worn broad highway of destruction, passing from purity and sanctity through licentiousness and debauchery into a hell-on-earth of broken families, wild children, untreatable sexually transmitted diseases, AIDS, the gross injustice of child abuse and the shortened lives that are the statistical reality of those practicing homosexuality or immersed in the drug-culture.  They have done so with the full support of the UK Government, who now sees it as a mission of their foreign policy to export this culture to the rest of the world.

But this wasn’t just a British phenomenon.  This was happening across Western Europe and North America – a society that had come to dominate the world was falling apart internally.  It continues to do so.  It cannot pay its way, it relies on others to make almost everything is needs, it piles up debt and relies on asset inflation year on year to persuade its creditors to keep lending it money.

As if this was not enough, the West also decided that killing its unborn was a mother’s right, and the fact that those not yet born had no voice was all the more reason why they were not really people.  In this world of nouveau morality, killing the very young (or even the very old) was less of a problem than, say, smoking in a public place or eating too much fatty food.

Into this new Sodom came the Muslims from Pakistan, immigrants from one of Britain’s former possessions of empire.  They brought the own culture and religion.  We fell in love with Chicken Tikka Masala and accepted a new idea – that all religions, indeed all moralities, were like different kinds of breakfast cereal in the supermarket – just pick the one that suits you.

And then things started blowing up, and most of the time it was Muslims doing the blowing up.  Some of them started telling us that Sharia law is what is going to take over.  We had no idea what Sharia Law is – most of us still don’t.  And when they blew things up – preferably with people, too – they would should shout Allah Akbar – Allah is Greater.  It seems some of our packets of breakfast cereals are pushing other packets off the shelf.  But we are told not to worry, Islam is a religion of peace, and we should not be Islamophobic and say anything critical about Islam because to do that is really bad.

All the breakfast cereals are equal, we are reminded, only some are more equal than others.

When I travel to various cities in the UK I enter another country – it reminds me of the West Bank: the same hard stares, the same foreign clothes, the foreign languages, the same closed society where I am made to feel that unless I join and pay my entrance fee – by blowing things up, perhaps – I am not welcome.

My mother is an immigrant.  We are all immigrants in the land, at some time or other.  As long ago as 8,000 BC, the tribes who followed the slowly retreating, melting, ice-sheet were the original peoples of these islands.  Everyone one else is a guest, including me, a citizen-guest perhaps, but a guest none-the less. I am grateful that this country is my home.

Since the Romans the one thing that in the end united us all has been the Biblical values of fairness, care for each other, loyalty to each other, respect for whom respect is due and a recognition of the sacred and the pure: whether it be people, the lives of children or the land.  These are the basis of our freedom.  And these are not just Biblical values – they are also human values, values programmed into the moral make-up of every small child.  No wonder Jesus said that unless we become like little children, we cannot see the kingdom of heaven.

If we reject those principles, we have no moral authority to speak to a people whose religion teaches them that Allah is angry with all non-Muslims, and that Muslims have a duty to kill them until they submit to Allah, and they, in their turn, must fight or die in the way of Allah those they now regard as infidels.  This, I contend, is alien to those Biblical values I spoke of.  What care is being shown to the young mother on a bus when it is being blown up?  What fairness is there being shown to the teenage girl who is being raped, night after night, by scores of men who imagine that she is a captive of war ‘that their right hand possesses’? What loyalty is being shown to the country that opened its land to you to settle in and prosper?  What respect is being shown to those who have treated you with respect, even when it is undeserved?  What sanctity is there in running over random neighbours on a bridge in a van and then murdering an unarmed policeman?

This is not only nothing to do with Biblical values, it has nothing whatsoever to do with being humane.  These are the horrors one would imagine happening if demons from hell were visiting earth to indulge themselves.  O Muslim, do you not see that?  If you see it? What will you do about what you see?  And if you do not see it, why not?  If your religion commands you to imitate the demons of our imagination, perhaps you need to think about that.

At the start of the first day, Creation starts with God saying, ‘Let there be light’, the Big Flash, if you like.  Let’s set the clock at 13.8 billion years ago.

Day 2 starts half-way from then until now: 6.9 billion years ago.  The Bible says God formed the earth and the waters were below and above the firmament, or shield.  Science says that in this part of the galaxy there was a ‘stellar nursery’ where was stars were being formed, one of which was ours, and out of the dust and asteroids rotating around that star was formed the planets, one of which was ours.  Ours is just right for water to be liquid and stay on the earth, with its atmosphere.  Having a magnetic core, the magnetic field acts as a shield to protect it from the solar winds of high energy particles that flow around that shield.

Day 3 starts half way through Day 2, so our clock is now 3.4 billion years ago. The Bible said God created plant life.  Science says that photosynthesis started, single cell algae, that started to colonise the oceans and shores.

Day 4 started half way through Day 3, around 1.7 billion years ago. The bible said God ‘had made the sun, moon and stars’ (see Young’s literal translation for this accurate change in the tense of the verbs).  Science describes how the action of photosynthesis changed the chemical composition of both the seas and the atmosphere, bringing about a clearer sea and atmosphere.  If you had lived on the earth at that time, you would have seen for the first time the specular sources of lights in the heaven – the sun, the moon and the stars – shining clearly through the clearing haze.

Day 5 starts half way through Day 4, so now we are 850 million years ago.  The Bible says that during this day God made the sea creatures.  The science describes how in this period the first multicellular creatures formed, like the sponges, and then the ‘Pre-Cambrian Explosion’ occurred around 680 million years ago when very quickly a vast array of sea creatures first appear in the fossil record.

Day 6 starts halfway through Day 5, around 425 million years go.  The Bible records that during this day the land creatures are created by God.  The science says that around this time plants colonise the land, and not long after fish evolve adaptations to enable them to exist for longer and longer periods out of water.  From these creatures radiate all of the land creatures.

What I am trying to say is that the West has rejected the Bible on a false premise.  Far from science disproving the Bible and therefore God, in fact the reverse is the case: the fact that the Bible pre-stated the results of modern science by four millennia has a number of consequences:

To summarise, my country has been wrong to reject the Bible and God, and we need to urgently rethink our position.  Then, and only then, we may have the moral authority, but also I hope the moral humility, to resist the domination of evil with courage and honesty, but also treat all of our citizens and immigrants with kindness, fairness and respect where respect is due.

That is what I long for. God bless you all,