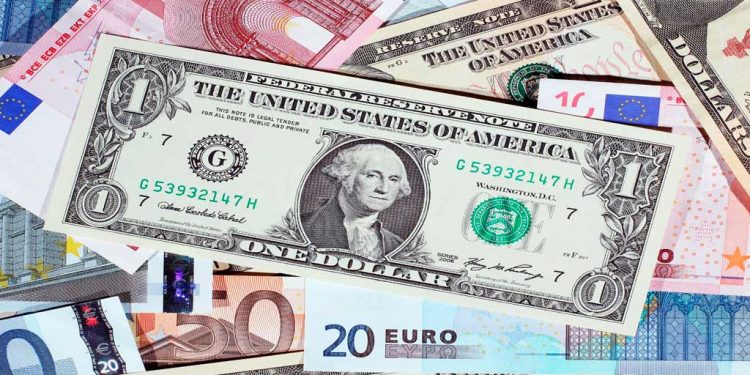 Jesus said: ‘Do not store up treasures for you upon the earth, where moth and rust ingest, and where thieves burrow through and steal. But store up for yourselves treasures in heaven, where neither moth nor rust ingest, and where thieves do not burrow through or steal. For where your treasure is, your heart will also be there. The lamp of the body is the eye, because if your eye is clear, your whole body will be radiant. But if your eye is evil, your whole body will be dark. Therefore, if the light which is in you is darkness, how much greater is the darkness! No one is able to serve two lords, for either he will hate the one and love the other; or he will hold to one and despise the other. You are not able to serve God and money.’ Matthew 6:19-24. MLV

This passage comes from the Sermon on the Mount, which is all about how to have godly relationships.

He is challenging us with what, or who, do we value. Human beings often value money, but it is clear from scripture that God values people, not money: ‘For God so loved the world that he gave His only Son.’ (John 3:16). Real treasure is the deeds that make us rich towards God, which arise from loving God, loving others and doing for them what we would wish they did for us.

To have a clear eye is a Hebrew expression that means to be generous, and an evil eye means to be mean and not open your hand to help someone in need. So, if we claim we have the light but actually we are mean and selfish, then we are in a much deeper darkness. So, we can either serve money of God.  If we serve money we are servants only of ourselves.  If we serve God, then we serve Him and all his creatures. It is digital: serve God or serve ourselves.

Now, this has big implications. It is simply not an unalloyed good that the economy keeps growing. It may be good for banks, but not for either human beings or the planet. Consumption is not saintliness. Furthermore Bible prophecy foretells of a complete collapse of the self-serving economy, a collapse which will result in the world’s ships having no buyers for their cargos. This Big One is probably not just around the corner, but smaller ones may be. So over-dependence on the modern techno-global economic system is not only not a good idea, but it keeps billions of people in a state of economic stress that corrodes our humanity. In the end it will fail, to the ruin of all who are dependent upon it.

The Bible speaks of a nation living in economic justice in which ‘every man sits under his vine and under his fig tree.’ (Micah 4:4). This image of local secure high-value economic resources being developed at the level of every household is in stark contrast to the high debt levels and economic distress suffered by so many people in both the developed and emerging economies. Proverbs 21 gives a recipe for how a woman (a person often disadvantaged economically) can by her skill and business acumen prosper through the work of her own hands and those who work for her. St Paul refers to this idea when he advises Christians, ‘Work the thing that is good with the hands’. (Ephesians 4:28), an idea from which we get the word ‘manufacture’, or ‘hand-made’. The phrase ‘the thing that is good’ encapsulates ideas of both value and quality.

So, Jesus was not against wealth, per se, but against the selfish attitude that we often have towards it. We do not work in order to be wealthy, rather we employ wealth in the service of God and each other.