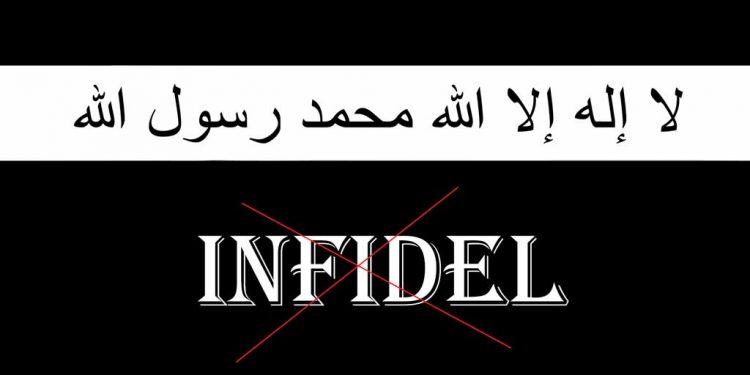 The bigger picture that we see of the Islamic world today is brutal, violent and simply ferocious. Muslim keyboard ninjas residing in the West are found everywhere defending Islam as a peaceful religion and giving a totally different perspective of the Quran from what it actually says. They twist and turn the Quranic verses claiming “that it actually has a different meaning”. They defend the rights of non-Muslims only while sitting behind computers and doing nothing practical. If they really want to defend people’s rights, the first thing we need to defend is their right to live and not to die.

The Islamic rule whenever prevailed, violence, persecution and killings took over. It is as if Islam is a poison and is aimed for destruction whenever given a chance to reign. Non-Muslims are considered second class citizens in Islam and no matter how much the liberal Muslims try to ignore it, they are discriminating against non-Muslims in their subconscious. Quran clearly states in the following verses:

Surah 5 Verse 51 – O you who believe! Do not take the Jews and the Christians for friends; they are friends of each other; and whoever amongst you takes them for a friend, then surely he is one of them; surely Allah does not guide the unjust people.

Surah 53 Verse 29 – Therefore shun those who turn away from our message and desire nothing but the life of this world.

The rising persecution and killings of non-Muslims is not just the misinterpretation of Quran by few people, the torture is in fact based on the teachings of Islam. ISIS claims to follow the true way of Islam and it is doing exactly what Muhammad did, he kept sex slaves, robbed from non-Muslims, beheaded those were Jews and every satanic thing that is an antonym of peace. Islam teaches radicalization and hate to the extent that forbids them from sharing a table with the non-Muslims.

Abu Dawud 41:4832 – The messenger of Allah said: Do not keep company with anyone but a believer and do not let anyone eat your food but one who is pious.

Islam incites hate for the Western values simply because they do not accept the Islamic values. Five hundred million innocent lives have been slaughtered in 1400 years of Islamic reign of terror. What other religion asks its devotees killing non-Muslims while yelling Alla Hu Akbar (God is great)? Either the Islam is terribly corrupt or the Muslims are willfully hiding it to satisfy themselves.