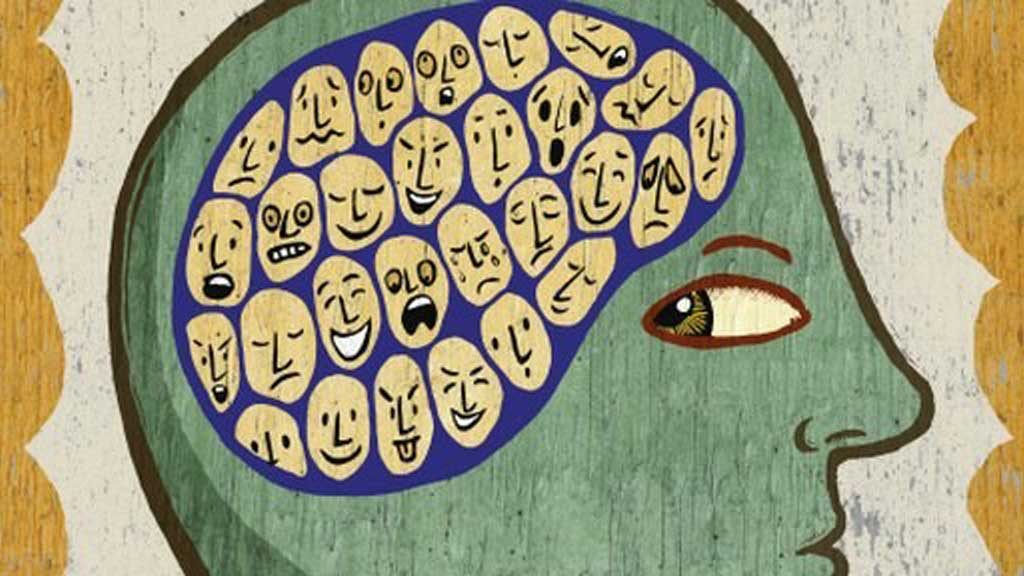 Muslims are torn by two competing realities. The first is the illusion of supremacy upon which they have been suckled all their lives by the Mother of all books (the Qur’an). The second is the real world in which they have to live. Talk with an average Muslim and sooner rather than later you will hear him/her boast — theirs is the best religion (“Today I have perfected for you your religion” — Quran 5.3); they have the best prophet (Muhammad is the seal of the prophets, i.e., the final prophet with Allah’s most complete revelation for mankind); they have the best book (the Qur’an is the literal, inimitable, unchangeable words of Allah); the best people (“You are the best of peoples ever raised up for mankind” — 3.110); theirs is the best language (the language of Arabic is the language of heaven, and certainly the language of revelation); they have the best law (Shari’a is divine law, and all the world should be governed by it); they have the best “blood” (i.e., according to divine law the shedding of a Muslim’s blood is a capital crime, while the shedding of the blood of a kafir is halal (permitted), in some cases requiring a payment of restitution to the victim’s family, in other cases stirring promises of heavenly rewards for dispatching a disbeliever properly to hellfire.

Indoctrinated to believe in Islam’s paramountcy, and therefore in their supremacy over everything non-Islamic, Muslims mindlessly roar “Allahu akbar” in unison whenever the imperative “takbir” is shouted.  Often wrongly translated in the West as “Allah is great,” what this means more precisely is “Allah is greater!” It is a claim to superiority, to the supremacy of Allah’s name over any rival which the non-Muslim world might offer in competition.

As Allah’s followers, Muslims believe it is mandatory that they rule over non-Muslims. Slaves are permitted, because infidels lack the dignity and valoiue of Muslims. Islamic law forbids that non-Muslims ever hold positions of authority over Muslims, especially in government. The Cairo Declaration on Human Rights (the Islamic world’s 1990 response to the 1948 United Nations’ Universal Declaration of Human Rights, which Muslim governments refused to acknowledge) openly states:

“The right to hold public office can only be exercised in accordance with the Shari’a, which forbids Muslims to submit to the rule of non-Muslims.”

Moreover, Muslims who rule can only do so in accordance with Islamic law — they are not permitted to innovate. Because Islam is perfect and supreme, according to its leaders, critical inquiry is not allowed. Any thinking which might question the received faith is initially discouraged, and if pursued, finally punished. According to the Quran (33:36):

The most chilling extension of this suppression is, of course, the penalty of apostasy, which all the schools of Shari’a (both Sunni and Shi’ite) label a capital crime, with execution typically by beheading.

So Muslims are raised to believe in the supremacy of Islam over all else, and they toe the line well under the shadow of the sword of judgment. But here is where real life begins to interfere with fantasy.

If Islam indeed is the best religion, why does it need a law to compel people to remain within its confines?

If it is the perfection of revealed truth, why is critical inquiry not encouraged? After all, an honest search for truth should lead toward what is ultimately true, and not away from it. Truth stands up under scrutiny. So, why not encourage scholars to study the early manuscript evidence of the Qur’an and reveal to their lay audiences the facts that there is no original text of the Qur’an in existence, and that the various early manuscripts which do exist contain discrepancies from one another.

If the Qur’an is only truly the revealed words of Allah when read and understood in classical Arabic, why did Allah not cause all humanity to speak Arabic, so that the world could truly grasp his revelation? Why today does less than one quarter of the world’s Muslim population speak or read Arabic, and even fewer among that elite group understand the ancient and complex classical Arabic of the Qur’an? Why do Muslim scholars not openly admit that due to the mists of history and evolution of language, roughly one out of every five sentences in the Qur’an is unintelligible, and we are left with the best guesses of linguists?

Why is the eternal, perfect revelation of Allah concerned about squabbles in Muhammad’s harem, or with whether he can marry the divorced wife of his adopted son? Why should the timeless word give detailed instructions about caravan raids and battles with neighbors? Would not one hope that God’s best revelation to the human race should contain things more lofty than the prosaic concerns of a desert warrior?

Wouldn’t we hope for a restatement or clarification of the Ten Commandments or the Sermon on the Mount from the Mother of All Books? And yet we find in the Qur’an no clear teaching of a universal morality woven into the fabric of creation by its Monarch. Indeed, if the Qur’an and Shari’a are any indication, what is “moral” or “righteous” before Allah is that which advances the cause of Islam (whatever it takes), and what is “wrong” is whatever impedes that advance:

O believers, whosoever of you turns from his religion, God will assuredly bring a people He loves, and who love Him, humble towards the believers, disdainful towards the unbelievers, men who struggle in the path of God, not fearing the reproach of any reproacher. That is God’s bounty; He gives it unto whom He will; and God is All-embracing, All-knowing (5:54).

Muhammad is the Messenger of Allah, and those who are with him are severe against disbelievers, and merciful among themselves (48.29).

This is what leads to the summary doctrine of Islam known as al-Walaa’ w’al-Baraa’ (Loyalty and Disavowal).  A Muslim is to devote himself to everything that pleases Allah and to oppose whatever displeases Allah. Morality is defined by what pleases Allah (what advances his supremacy within creation), and immorality becomes whatever stands between Allah and recognition of his supremacy. Oppression, murder, slavery, rape, deception, hatred of the infidel, all become sanctified tools of Allah if they serve to extend his kingdom on earth (i.e., the Muslim conquest of non-Muslims).

Muslims who are troubled by such partisan morality cast their eyes around the world to other cultures and see more elevated, even universal, versions of moral order. They see in the West the stand for universal rights and freedoms, and the aspiration that all human beings should be treated equally. Then they look back at the 57 Muslim-majority nations in the world, and note the number of dictatorships, the endemic nepotism within their leadership, and the rank corruption of their political and religious leaders.

They see that according to international studies, Muslim countries steadily rank at or near the bottom when it comes to personal freedoms, economic opportunities, standard of living, education, and equal rights. They see that human slavery has been eradicated over most of the non-Muslim world, but that it continues to thrive in the heart of the Islamic ummah.

They recognize that all of the blockbuster scientific discoveries and mind-bending technological breakthroughs, all the impetus for invention and innovation, come from the non-Muslim world. Not least among these achievements are the continuous military upgrades which make the West far superior in might than even the best equipped Muslim coalition could conceivably muster.

These realities are what lead to the schizophrenic Muslim mind. While yelling “Allahu akbar,” active Muslim supremacists are forced to scatter for cover whenever US drones are overhead. Knowing they are militarily inferior to infidel forces, jihadis are compelled to use the tactics of asymmetrical warfare: hit and run thrusts, lone wolf suicide bombers, terror attacks against soft targets. They turn as well to non-military tactics, making use of immigration and refugee policies in the West which allow them to infiltrate in large numbers, live as parasite on government welfare, and out-reproduce the native populations so as to increase their size and influence in the decades to come.

Just a few years ago, the Islamic State (ISIS), inebriated with its success in Iraq and Syria, boasted that soon the black flag of Muhammad and his followers would fly over the White House. They boasted ad nauseum that nothing could stop their advance, Allah willing. Apparently, Allah was not willing, because when the Trump administration took charge in the White House and decided to act decisively against ISIS in Syria, it was expunged in short order. The roars of Allahu akbar receded into the silence of impotence.

All these tactics and setbacks are an implicit admission that Islam is not superior to the non-Muslim, Western world — even with all our moral weaknesses, the West still outshines the Islamic world in terms of human rights and privileges; our quest for truth in the scientific and technological realms dwarfs that of the Muslim nations; our military strength leads to their saber-rattling and shaky knees, but no offensive engagements.

How can it be that the subjects of Islam, to whom Allah has promised supremacy over all the world, should find themselves inferior to the non-Muslim societies of the West and East? How can it be that there is no Caliphate since the fall of the Ottoman Empire in 1922 which sits as King of the hill, forcing infidel lands into submission before Allah? Why has Allah allowed disbelievers to effectively overrule the Muslim agenda and advance their own instead?

These are questions that the Islamic world is loath to address, because they expose the weaknesses of a religious community indoctrinated to believe it has no weaknesses and must always triumph in the cause of Allah. The Muslim Brotherhood, and other fanatical groups, to their credit have faced these questions. Their answer is that the Muslim world has lost to the West because it has not been committed enough to the cause of Allah and his prophet. If Muslims en masse offer their full devotion to Islam, Allah will make them once again victorious over the infidel world.

But for most other Muslims, this is not a palatable option. Thus, they are content to live a schizophrenic existence, closing their eyes and reciting that they are the best of all peoples with the best of all religions, all the while sensing, deep within their psyches, that it is a lie.