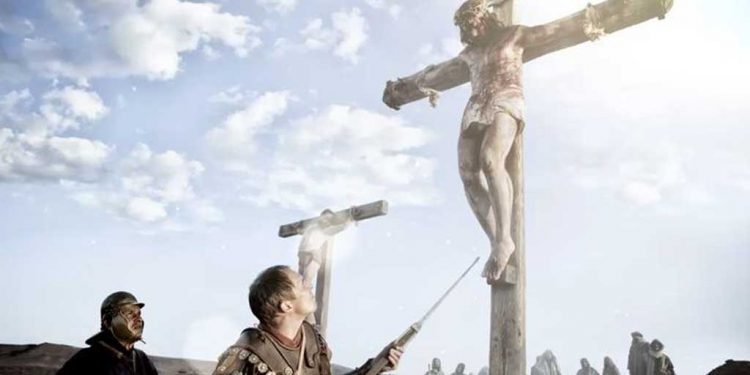 Do Muslims find even basic expressions of Christian faith to be “provocative,” and therefore worthy of a violent attack by Muslims against Christians?  If so, what should the Christian and righteous response be?

Muslims in a Ugandan town accused the Christians of mocking Islam by publicly saying Jesus was the son of God. They warned their Christian neighbours not to make provocative statements that offend them. ‘We have now declared a jihad against them,’ said Abubakar Yusuf, 55, a Muslim teacher. ‘We are not going to allow anybody to despise Islamic teachings at their church or crusade. We will seek revenge.’”

In June, a group of Muslims attacked Christian preachers in eastern Uganda during a “crusade,” where Christians publicly profess their faith and invite others to join.

Muslims in the town accused the Christians of mocking Islam by publicly saying Jesus was the son of God.

Such altercations have become increasingly common, the pastor said.

Muslims warned their Christians neighbours not to make provocative statements that offend them. “We have now declared a jihad against them,” said Abubakar Yusuf, 55, a Muslim teacher. “We are not going to allow anybody to despise Islamic teachings at their church or crusade. We will seek revenge.”

Now, if you disagree with the point of view of another person, you have a number of options.  You can ignore their statement.  Or you can engage them in conversation and debate with a view to either trying to understand if there is any reasonable and evidential basis for their point of view, or to refute their point of view.  You might go on to argue with them, trying to show them the error in their thinking or the factors they have failed to take into account.  With each of these approaches, you test your own ideas, as well as show the kind of person you are – peacable.

But it seems the Muslims of this Ugandan town were unwilling to engage in normal discussion and instead resorted to violence.  That tells everyone else two things.  It tells us their arguments are weak.  It also tells us they have chosen the unrighteous path of violence and bloodhed.

In response, this is what is written in the Bible:

Those who engage in unwarranted bloodshed bring woe upon themselves.  Furthermore:

‘Do not pollute the land where you are. Bloodshed pollutes the land, and atonement cannot be made for the land on which blood has been shed, except by the blood of the one who shed it.’ [Numbers 35:33, emphasis mine]

In the end there is no choice but for the inhabitants of a land to rise up against those committing the bloodshed and unify the land by spilling the blood of those who committed the bloodshed.

But what about Jesus’ teaching of not resisting the evil man?

‘You have heard that it was said, “Eye for eye, and tooth for tooth.”  But I tell you, do not resist an evil person. If anyone slaps you on the right cheek, turn to them the other cheek also. And if anyone wants to sue you and take your shirt, hand over your coat as well.  If anyone forces you to go one mile, go with them two miles.  Give to the one who asks you, and do not turn away from the one who wants to borrow from you.

‘You have heard that it was said, “Love your neighbour and hate your enemy.”  But I tell you, love your enemies and pray for those who persecute you, that you may be children of your Father in heaven. He causes his sun to rise on the evil and the good, and sends rain on the righteous and the unrighteous. If you love those who love you, what reward will you get? Are not even the tax collectors doing that? And if you greet only your own people, what are you doing more than others? Do not even pagans do that? Be perfect, therefore, as your heavenly Father is perfect.’ [Matthew 5:38-48]

A slap is an insult.  To sue someone is to obtain economic restitution, perhaps an unfair one.  Forcing someone to go a mile carrying a burden was a right of the authorities, onerous though it was.  To give or lend to someone who is needy, perhaps because of their own folly, seems unfair.  These situations are normal human relations, and Christ’s way of dealing with them transforms them into the potential for friendships where none existed before. None of these situations deal with unjust lethal force.  That is a different situation entirely.

People may persecute – which literally means to chase.  They may chase because they know the Christians are different.  But they don’t wage war on them and kill them.

Once a people start committing bloodshed, they have put themselves into the same group as marauders, bandits and murderers.  At that point they are worthy of only one thing: to be hunted down and either brought to justice or killed.

Not for no reason did Jesus say to His disciples: ‘if you don’t have a sword, sell your cloak and buy one.’ [Luke 22:36]

When Jesus returns he will kill His enemies who have committed bloodshed:

‘I saw heaven standing open and there before me was a white horse, whose rider is called Faithful and True. With justice he judges and wages war.  His eyes are like blazing fire, and on his head are many crowns. He has a name written on him that no one knows but he himself.  He is dressed in a robe dipped in blood, and his name is the Word of God.

Then I saw the Beast and the kings of the earth and their armies gathered together to wage war against the rider on the horse and his army.  But the beast was captured, and with it the false prophet who had performed the signs on its behalf. With these signs he had deluded those who had received the mark of the beast and worshipped its image. The two of them were thrown alive into the fiery lake of burning sulphur.  The rest were killed with the sword coming out of the mouth of the rider on the horse.’ [Revelation 19:11-13, 19-21]

Will Jesus be doing wrong to slaughter the armies of the world who commit bloodshed against His people? No!  Who is the Beast?  It’s Islam.

So then, once Christians start being attacked and their blood shed, they are at liberty to defend their lives and property until those who have spilled blood have been brought to justice or lie dead, or should be.

When Muslims attack Christians, that is what they are doing – murdering.  They do so because they have abandoned the Law of God and are following the Islamic law, which does not come from God.

Sleeping on a hospital bed at Budaka Health Center in eastern Uganda, 12-year-old Emmanuel Nyaiti writhed in pain as he explained how Muslim extremists attacked him for refusing to convert to Islam.

Emmanuel was walking home from his grandmother’s house when four men ambushed him and spirited him to a cassava plantation, where they tortured him and attempted to strangle him. One was named Ali and another was Abdul, he said. They wound up leaving him for dead.

‘Islam is a good religion,’ they said. ‘Please convert. We’ll not kill you, and you will go to paradise,” the boy recalled.

“Ali convinced me to convert and become a Muslim, but I declined. They started pushing me on the ground threatening to kill me if I don’t accept Islam,” he said. “One of the attackers hit me with a sharp object on my neck, and I became unconscious. I remember them saying they have killed me.”

Ali, Abdul and the other Muslim men tried to murder the Christian boy Emmanuel and thought they had.  They are guilty of bloodshed.  They should be arrested and brought to trial.  If not, then they need to know they are marked men, and if they do not repent and fall on their knees before the Lord Jesus Christ and confess their sins and make full confession and accept Jesus Christ as their Lord and saviour, then not only should they remain marked men but when they die they will be judged by the Lord Jesus Christ for what they have done.  Hell awaits them.

God have mercy on their souls.

It’s time for some clear thinking in the Church’s and not this nonsensical passivism that is not what Jesus taught. To argue, as many Christians do, that Jesus taught passivism (as opposed to peace making, which is a very different thing) is to stretch the teachings of Jesus into situations He specifically did not deal with – on purpose – and also to ignore other Divine teachings of both the Old and New Testaments.  The lives of Christians can no longer be sacrificed needlessly on an altar of this false teaching. God bless you