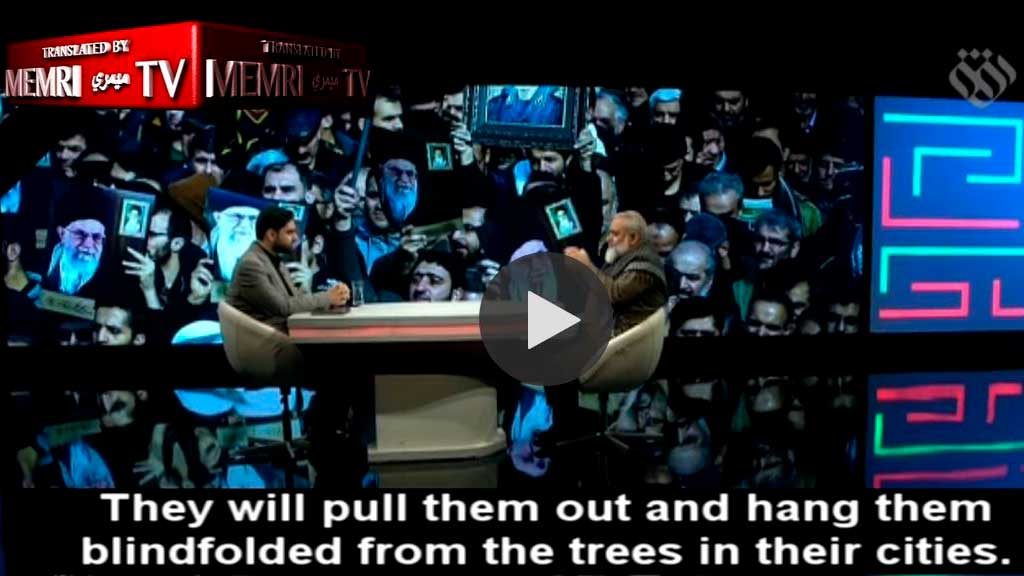 Like many readers of JCM, I have been reading and listening with interest to the reaction to the slaying of Major General Qasem Soleimani.

Qasem Soleimani was an Iranian major general in the Islamic Revolutionary Guard Corps (IRGC) and, from 1998 until his death, commander of its Quds Force, a division primarily responsible for extraterritorial military and clandestine operations, and in particular supporting proxy forces the world community regards as terrorists.

In Iran, all the published broadcasts from commentators seems to have focussed on revenge.  They speak as though Soleimani was a saint who was killed in cold blood.  In fact, he was directly responsible for supporting proxy forces who have committed large numbers of atrocities, tortures and killings in the Middle East, and was in the process of planning more.  In other words, he was working to make children orphans and wives widows.

The Bible tells us a number of things that God hates; two in particular seem to be relevant: a love of violence and shedding the blood of the innocent.

I am still astonished that the only response that the commentators speak of is one of revenge.  Soleimani was in Iraq, meeting with Iraqi militia leaders, to plan more attacks on US bases and personnel.  The man lived violence, did violence and thought it was fine to harm anyone, so long as it furthered the cause of Iran, which is the export of the Islamic revolution.  Bloodshed was his trade, and he was good at it.

All that he did, according to the Bible, God hates.  There is no way one can describe such a man as innocent.

Most of the commentators also do not care which Americans get killed, as long as some do.  More innocent blood – that’s the thing.  More violence.

When there is a terrorist attack in the UK, and some Muslim kills random passers-by, other Muslims feign surprise, raise their hands and say, ‘But Islam is a religion of peace.’

I want to believe them, I really do.  But the scenes of near universal hysteria calling for the ‘Death of America’ and the ‘Death of Israel’ and ‘Allah is the Greater’  and discussions by worthy wise old men calmly describing how he thinks Muslims around the world will pour into US Embassies and drag out the American staff blindfolded and hang them (thereby putting to an instant end any hope of diplomacy) hardly assists me in believing, at all, that Islam is a religion of peace, or has ever any intention of being one.

Does all this calling for violent revenge and, worse still, more actual violence against other peoples, actually assist Iran in any way, or indeed further the cause of Islam in any way?

Iran is broke.  It has a small army, few capabilities, but aspires to be a world nuclear power dominating the nations in the cause of Allah.  In the meantime, its people cannot manage on what they earn, are rebelling against the Mullahs, and resent cash being squandered on expensive nuclear weapons technologies in secret military sites or on terrorism abroad.

The more Iran goes down this path, the more isolated it becomes.  What happens when an exasperated USA says, ‘Enough!’  Iran is then blockaded.  No oil or gas is exported, no currency flows in.  No food is purchased, no medicines, no spare parts.  What then?  Still more attacks?  Can it survive the burning of its oil refineries, the cutting of its pipelines?

Iran is a fortress, but the problem with fortresses is they can easily become prisons.  Turkey, half of Iraq, Saudi Arabia and Pakistan – these are all Sunni Muslim countries.  Would they come to the rescue of Iran, an Iran that has been attacking Saudi Arabia through its Houthi proxy?  Pakistan and Turkey do not want Iran to be strong, or nuclear.  They too are within easy missile range.

The Mullahs of Iran are leading the country into disaster, and they feed this sense of revenge to distract attention away from the deep-seated problems they themselves have caused.   It is their slaving devotion to the doctrine of jihad that has been the cause of this disaster for them.

The Bible says, ‘Cursed be the man who calls good evil and evil good.’  That curse, it seems, is coming to pass for the leaders of Iran.

The sooner Iran becomes Persia once again, and overthrows the slavery of Islam, and freely bows the knee to the King of Peace, Jesus the Messiah, the sooner they will re-establish themselves as a free, peaceful, just society.

The prophet Isaiah in 1:17 sets out the duties God is looking for, incumbent upon all men, and indeed upon all governments:

“Learn to do good: seek justice, relieve the oppressed, defend the fatherless, plead for the widow”

And what does the God of heaven promise those who don’t do this, but instead walk the path of evil?

I pray the eyes of the blind will be opened.  God loves the people of Persia.

The Lord bless you,