Outlawing the criticism of religious ideas 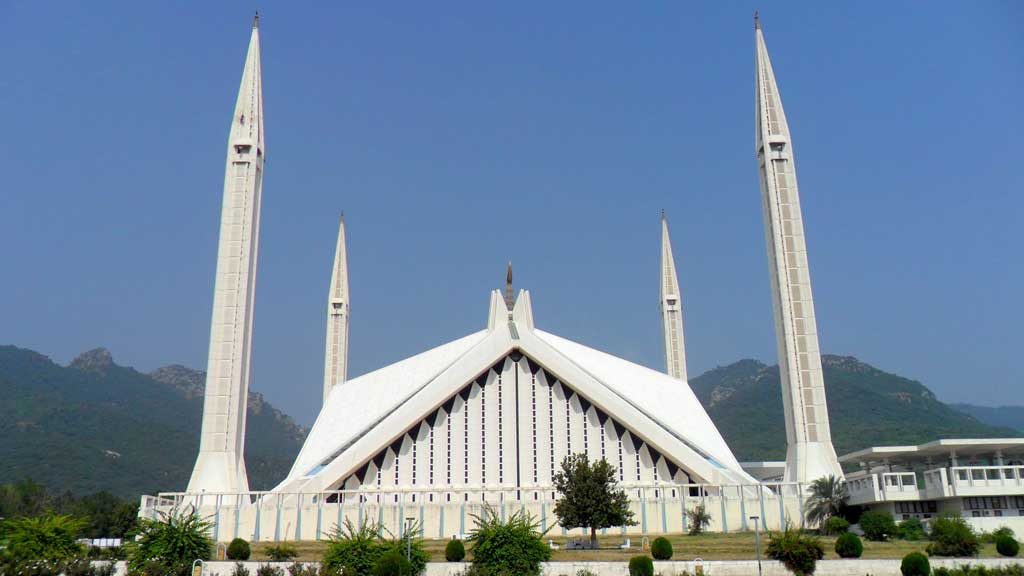 Pakistan has begun a diplomatic effort to make it against international law for anyone to criticise a religion.

“Pakistan informed the United Nations (UN) on Thursday of Prime Minister Imran Khan’s initiative for an international campaign against defamation of religions.

Speaking at the Eighth Global Forum of the United Nations Alliance of Civilization, Pakistan’s Ambassador to the UN, Maleeha Lodhi, said the premier had made a major announcement to counter Islamophobia and incitement to hatred being witnessed in some parts of the world.

“Hate narratives are spreading in several parts of the world; Islamophobia is on the rise and diversity is being seen not as a source of enrichment but as a threat, and politics of fear seem to be replacing politics of hope,” she asserted.

In the face of such troubling trends, the Pakistani envoy said, the role of bridge builders and peacemakers becomes even more pivotal.

She also stressed the importance of countering Islamophobia and incitement to violence and hatred that is being witnessed in some parts of the western world by the negative depiction of Muslims.

The government of Pakistan, she added, was committed to actively engage in efforts to promote tolerance and understanding and “believed in sincere and open dialogue to promote international cooperation, global peace and security”.

Reiterating Pakistan’s firm belief that universal values of peace, tolerance, egalitarianism and respect for humanity, were shared by all religions and cultures, Ambassador Lodhi stressed that “this common heritage should enable the world to draw strength from its diversity rather than allowing it to be used as justification to accentuate differences”.

“Together we need to encourage states to take steps to create an environment of religious tolerance, inclusiveness and respect”, she added.”

The question is, what does the Government of Pakistan mean when it speaks of the defamation of religion?  To find out, we need to anchor our answer in concrete, factual examples of where ‘sincere and open dialogue’ is to be distinguished from defamation of religion.  Ambassador Maleeha Lodhi need not look beyond the borders of her own country for some illuminating examples.

When Asia Bibi asked the question, ‘who has Mohammed saved’, she was arrested, charged, tried, held in solitary confinement for eight years, acquitted, banned from leaving the country and is now being hunted by Muslims determined to kill her.

In asking that question, was she blaspheming, or was she expressing Islamophobia, was she inciting hatred, or was she engaging in sincere and open dialogue?

If to ask a simple question about the founder of Islam is not considered sincere and open dialogue by members of the Islamic faith, then why not?

Let me engage in a little more sincere and open dialogue.   A good way is to ask some open questions – here are five more.

Why did Mohammed engage in so many wars, when Jesus of Nazareth engaged in none?

Why did Mohammed have so many wives and concubines, when Jesus of Nazareth had none?

Why did Mohammed urge his followers to kill others who were not Muslims, when Jesus urged his disciples to love their enemies?

Why did Mohammed say Allah has no son, when the Bible clearly records God as declaring Jesus to be His only begotten son?

Why have Muslim forces engaged in jihad for 1400 years and continue to do so, while the Apostle Paul urged Christians to do good to all?

Are these questions being asked in a spirit of sincere and open dialogue, or are they Islamophobic, blasphemous and an incitement to hatred?  Do you see into my soul and weigh my intent in the balance?  What do you use as weights?

When Imams in Pakistan are persuading Muslims to search neighbourhoods all over Pakistan to find and kill Asia Bibi and her family, is that incitement to hatred, or is that the politics of hope at work?  Is this what Pakistan means by “universal values of peace, tolerance, egalitarianism and respect for humanity”?  If not, then how is Pakistan qualified to explain to the world what these values are, or where the come from?

When Muslims declare the Shahada, one of the key statements of religious belief, ‘There is no god but God, and Mohammed is His messenger’ they are meaning that they deny the divinity of both Christ and the Holy Spirit, and they believe that Mohammed and his message has superseded Christ and His teaching, as well as the Old Testament and the rest of the New Testament.

The problem is that this is statement is a defamation of the Christian religion, for by making this statement, Muslims are publicly stating that either Jesus got God’s message to the world all wrong or the Christians lied about all that Jesus said and did, including His crucifixion, death and resurrection.  That, by any measure, is and of itself defamation of religion.

So, were the UN to pass a law criminalising the defamation of religion, either Islam would have to at the very least stop publicly announcing the Shahada during the Adhan, the Islamic calls to prayer, or the UN would then have to de facto only apply this protective law to Islam – i.e. any other religion can be defamed, but Islam cannot be defamed.

I cannot help but believe that this twin-track approach to religion is precisely what the Government of Pakistan hopes to achieve.

If they are successful, then why stop there?  Why not go further than merely suppress any criticism or even dialogue of Islam?  Why not go to the obvious next stage of requiring everyone to positively give assent to the principle beliefs of Islam?  If we can stop people from expressing distaste in Islam and the behaviours and practices it has encouraged in its adherents – jihad, polygamy, FGM, child marriage, rape in marriage, inequality before the (sharia) law, wife beating, honour killing, to name but a few – then surely we would not want people secretly harbouring their distaste and getting away with it?

So, why not then have people positively assent to the tenets of Islam?  And if they do not, then perhaps their names and addresses should be posted on an internet bulletin board, so that these miscreants can be visited and given extra reasons why they should be in compliance.

As it says in the New Testament:

“The second beast was given power to give breath to the image of the first beast, so that the image could speak and cause all who refused to worship the image to be killed.” [Revelation 13:15].

This proposal by the Government of Pakistan is an example of the slippery slope of the criminalisation of the criticism of ideas: before long such ‘protection’ is extended until it becomes enforced speech, and soon after that the enforcement becomes brutal and lethal.

I know this. My grandfather was a journalist who wrote in the late 1930’s, criticizing the Nazi Party in Germany.  That Party was not happy being criticised, either. God bless you,