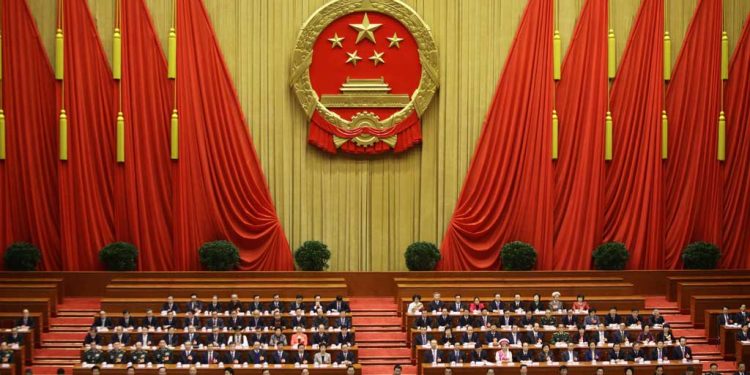 At the most recent Chinese Party Congress in 2017, religion was once again declared the enemy of Communism.  Since then the Chinese Communist Party has ramped up its persecution of both Christians and Muslims.

Muslims in north west China are being held in internment camps and are being ‘re-educated’, a communist term for imprisonment without trial, brainwashing, enforced psychotropic drug injection and torture.

Christians are being imprisoned. Churches are being destroyed.  Crosses are being ripped of both the outside and the inside of church buildings. Party officials order churches to display photographs of the President China Xi Jinping.  One church was ordered to remove from its wall the words of the first of the Ten Commandments: ‘Thou shalt have no other gods before me.’  Presumably Xi Jinping is just that – another god – and he does not want the competition from the real one.

China is ramping up its campaign to reduce the sovereignty of foreign companies operating in its country. It is also intimidating other nations, and is trying to undermine the Westphalian concept of the independent sovereignty of nations: China would have them be vassal states.

Yet western firms continue to source over half of their manufacturers from China, an increasingly expensive option as costs rise in China.  Their god, Mammon, seems to be failing them.

So, it seems the Chinese Communist Party wants to own the world economy, control the world’s nations and be god.  How well with that go for them?

Well, we have lots of worked examples to inform us. How many times in the history of the world have nations sought to create empires, dominate mankind economically, physically and spiritually.  Every single one overreached themselves and collapsed.

Already China is showing signs of over-reach.  Coal, the primary energy resource of China, is at or very near its peak production – output must fall after this. Investors are beginning to redirect their funds away from China to other regions that have greater potential and less regulatory oppression.

But the real problem that China has is its utter moral bankruptcy. It has no conception of right or wrong, only of power and weakness. Without that, eventually the power of its politics will succumb to the rejection of its leadership by its victims.

China’s only hope lies not in its Communism for one simple reason – it has nothing to offer the human spirit. China’s hope lies in learning from Jesus Christ, accepting that ultimately He is Lord, and to learn from Him and obey His commands.

A good place to start is to understand its own limitations and learn a little humility. May I commend contemplation of the first of Jesus’ Beatitudes: ‘Blessed are the lowly in spirit, for theirs is the kingdom of Heaven’?

However, I doubt you will take notice of what I say. So perhaps you should take note of the prophecy that the New testament makes about the kings of the east, how they will invade to the west overland with an army of 200 million cavalry, that will result in the death of one third of humanity.  In the end, however, it does not go well, and the army is destroyed.

In the end you will understand that the Lord is the Lord of history and that He knows the end from the beginning. They you will know that LORD is God.

Oh China, even now the Lord Jesus loves you and wants you to humble yourselves and come to Him and learn from Him. God bless China.