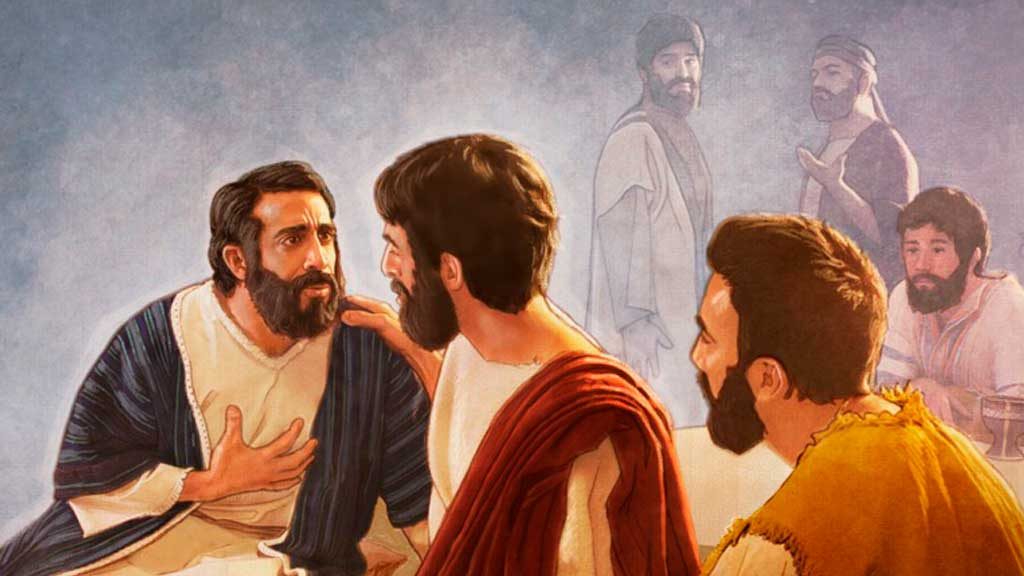 Once, when Jesus was teaching about the Kingdom of God in someone’s home, Jesus’ mother Mary, his sister and his brothers came down to see him. The crowds were too large for them to push through, so the message was passed to Jesus, saying that his mother, sister and brothers were outside.

Jesus the incorporated this piece of news into what he taught. He asked rhetorically: “Who is my mother? And who are my brothers?”

And having stretched forth his hand toward his disciples, he said, “Behold, my mother and my brothers! For whoever does the will of my Father who is in the heavens, he is my brother and sister and mother.”

What is it to do with the will of God the Father? Jesus said this: “He who has My commands, and keeps them, is loving Me, and he who is loving Me shall be loved by My Father, and I will love him, and will manifest Myself to him.”

Here are a few of His commands:

Another man once asked Jesus, “Who is my neighbour?” To this question Jesus told the following story about a Samaritan helping a Jew. What is important to know about the story is that Jesus, a Jew, knew that Jews often despised Samaritans as betrayers of their religion, yet He made a Samaritan the honourable hero of one of the most famous stories he ever told. The villains of this story are highly religious people who knew that God’s law says ‘Love your neighbour as yourself’.

But a certain traveling Samaritan came to him, and having seen him, had compassion. And having come near to him, he bound up his injuries, pouring on them oil and wine, and having mounted him upon his own animal, led him to an inn and cared for him. And the next-day, going out, he took out two denarii [each a day-labourers wage] and gave them to the innkeeper and said, ‘Care for him, and if you spend over that, I will repay you when I come back again.”

“Therefore, which one of these three seems to have become a neighbour to him who fell among the robbers?”

Now he said, “He who did an act of mercy with him.”

Therefore, Jesus said to him, “Go onward, and you, do likewise!”