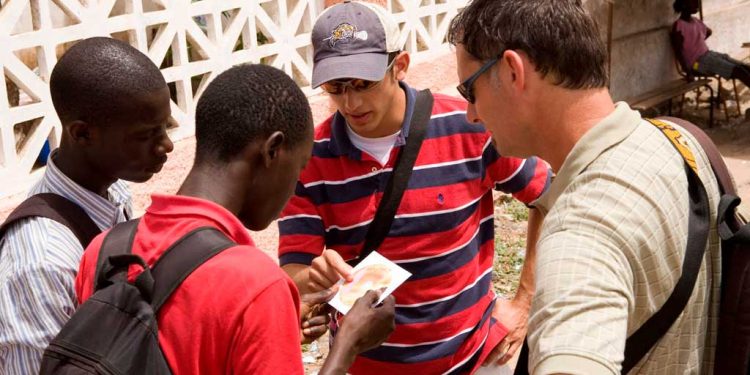 Why do people attempt to communicate about their faith to others? What motives exist behind that? Christians do it. Muslims do it. Atheists do it. But why?

This first reason, and the principle justification, is a desire to genuinely assist others through the dissemination of what one understands to be true. After all, the only valid reason for believing something is that is true, in the sense that the propositions pass all the checks one may have for testing what is or is true. I believe in Jesus because I have tested, as thoroughly as I can, the claims of the Bible and the historical church to the truth of the life of Christ.

The second reason, and one with a much weaker justification, is out of loyalty. One is loyal to a religion or a worldview, or one understands of God, and wants that religion or belief system in some way to succeed. That is understandable, but it can lead to an attitude of wanting to win at any cost: winning arguments, winning converts or proselytes and even winning contests.

The problem is that a contest is not the same as a test. Two schools of belief may be contesting for people’s adherence, but they may both be unfounded mistakes or even lies. So dominance proves nothing. A majority believing that the earth is flat, say, does not mean that it is. Tests, scientific tests of evidence gathered, did in time demonstrated what we eventually all came to know, that the earth is like a ball in shape, as indeed are all the stars and planets once they are over a certain size and age.

The weakest contest for deciding the truth of a matter is by oppression or war. Settling truth by oppressing dissenters or killing them may be a way of reducing the number of objectors or perhaps dampening their zeal, but it does not of itself eliminate the possibility that one is wrong, even if one wins.

For example, imagine if even if all those who believe in a flat Earth liquidated all those Round-Earthers, the Earth would still only be accurately navigable and clearly explicable by considering it to be a sphere, not a plate. The Flat-Earthers might choose to stop navigating it or even ban all attempts at explaining it (just believe it, they would insist), and may even set up the Flat Earth University devoted to studying all the ways the Earth is flat (and cast out in shame any researcher who dares to form the other opinion of the matter) but still others would remain doubting, however intimidated they might feel by the majority. These might attend rallies to demonstrate their loyalty to the Cause, shouting at the tops of their voices along with the crowds, ‘The Earth is Flat! The Earth is Flat!’ But, once they were back in their homes, they would then fear that their secret doubt may be discovered, conflicted because they have known too much evidence that the Earth is, in fact, round, like a ball, and not like a plate.

“Test all things.” Keep what passes the test.  “The truth shall set you free.”