Message of the day : The Good News – In writing 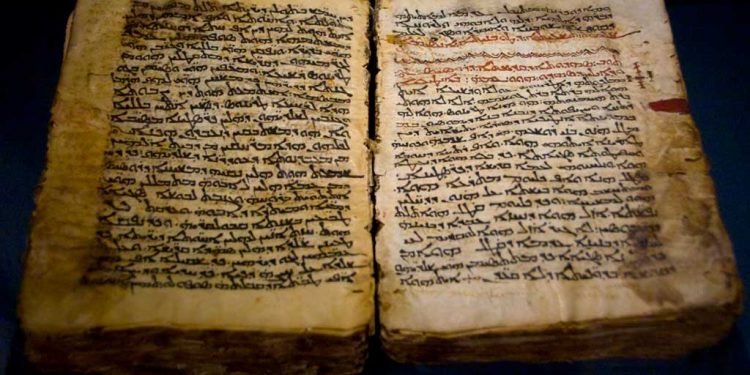 Message of the day : The Good News – In writing

Both the Hebrew Scriptures and the New Testament are libraries of books written by various authors at various times.  Written a long time before the invention of book printing, these books were then hand copied to make further copies.

Today there are more ancient New Testament manuscripts, in whole or in part, than any other book, by far.  Jesus was crucified, died and rose again in the period 30 – 33 AD.  We have a fragment of John’s Gospel dated to around 130 AD.  We have parts of New Testament books, all in its original language, Greek, dated to 200- 325 AD – about 5,600 of them.  We have the New Testament translated into other languages all dated to 400 AD or earlier – 19,000 of these.  That makes around 24,600 manuscript all written within around 370 years of the death of Christ.

Now, when people copy books, however hard they try, they can make copying errors.  A misspelling here, a word or a line missed there.  There has been a great deal of work undertaken by scholars to see when mistakes crept in, and by comparing these manuscripts they can be arranged in ‘family trees’, where manuscript can be approximately grouped according to their linage of the copying errors.

What is interesting is to see the extent of these errors.  Their impact is remarkably small.  Not one single doctrine is in any doubt.  By means of this scholarship the New Testament can be recreated with almost no doubt as to every word.  The Word of God is preserved with a workmanlike accuracy.  So, we can be sure that the New Testament we have today is very, very, close to the original books as they were written over 1900 years ago.

Some say that the New Testament has been altered.  If that were the case, then we would expect to see geographically dispersed manuscripts and translations saying very different things.  But this is never found in all the thousands of manuscripts.  So, it is possible to say with certainty, simply due to the method that the manuscripts were produced and circulated, that the New Testament has not been altered.  If it had been, there would be evidence of this is the ancient manuscripts.  But this is never found in any of the 24,600 old manuscripts stored around the world in libraries and private collections.

So, the Gospel you can read today is the Gospel as it was written then.  Why they wrote these books is plain – they were persuaded by the evidence that Jesus was the promised Messiah.

Blasphemy Law - The Loaded Gun Pointed At The Christians In Pakistan

Message of the day : The Good News - the Just Forgiveness of Sin

Amazing facts about the Holy Bible

How correct it is to celebrate Jesus´ birth on December 25th?

What does the Bible say about respecting women?