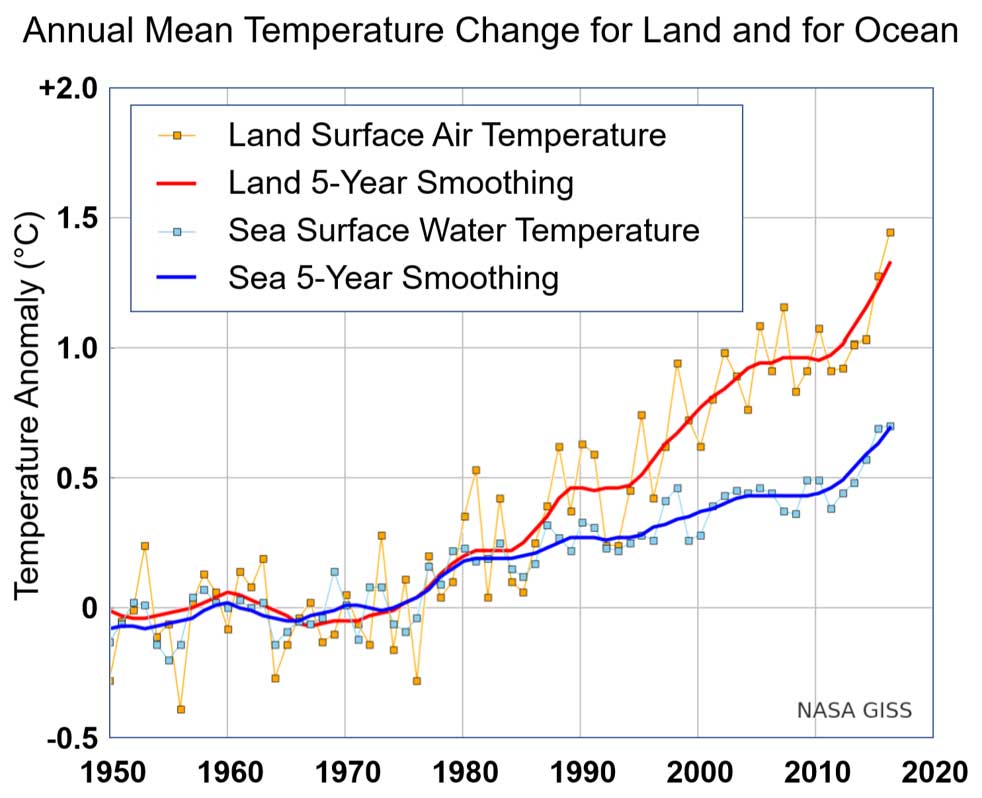 It is a curious social phenomenon, this climate change debate.  In all the writing I have done over the years about Christianity, Islam, the Bible and other topics, none produces so much reaction as writing about climate change.  What is it, I wonder, that makes this such a controversial topic?

It should be straightforward.  Scientists go and measure the world, test their theories that adequately explain what they observe, and report back to the rest of us.  Once the cause and the effects are understood, people calmly and purposefully work together for the common good, and all is then well.

Instead, we have wild and emotionally charged responses that seem to range all the way from ‘Climate emergency!  Turn everything off right now!’ to ‘The science is a big Hoax to take away our freedom and wealth!  It all lies!’  and somewhere, somehow, the truth gets buried.

It seems Jesus knew this, for his words, recorded in Luke 21:25-26, in his ‘end of the age’ discourse, seem to capture the zeitgeist perfectly.  (I am using a literal translation because it makes the point more clearly):

‘And there shall be signs in sun, and moon, and stars, and on the land distress of nations with perplexity, sea and billow roaring; men fainting at heart from fear and expectation of the things coming on the world, for the powers of the heavens shall be shaken.’

The scriptures also speak of the world being scorched (Revelation 16):

‘And the fourth messenger did pour out his vial upon the sun, and there was given to him to scorch men with fire, and men were scorched with great heat’

When I wrote about this topic last year, I was criticised by readers, accusing me of being anti-science, because they recognised that, were climate change  true, we would have to change our technological way of life, a life made possible by scientific knowledge, which has brought so many material benefits.   I found it an odd argument, that, dismissing the results of scientific investigation because its conclusions would be ‘anti-science’.

I think there is something going on.  I can smell it – it’s fear.  On the one hand, people fear the destruction of the planet, future generations eking out a diminished, miserable existence of the parts of the planet still habitable, diminished and impoverished by a world scorched by the hand of their forebears.

On the other hand, people fear the loss of their income, incomes that barely cover their indebted lifestyles, working hard just to cover the bills and little more.  Most people are ‘two pay cheques away from homelessness’ and any systemic threat to that is more than they can contemplate – life is hard enough already.

And so, their hearts faint.  Many times does the Bible speaks of people’s hearts fainting from fear, loosing their courage, their presence of mind, the ability to purposefully act for what is good and instead being paralysed into inaction or mere mindless flight, even at the possibility of threat.

What causes this loss of courage?

Let me continue the earlier quotation from Revelation 16:8-9:

‘And the fourth messenger did pour out his vial upon the sun, and there was given to him to scorch men with fire, and men were scorched with great heat, and they did speak evil of the name of God, who hath authority over these plagues, and they did not reform — to give to Him glory’

God in his authority has made the earth work according to a set of laws.  The truth of these laws are not negotiable nor can they be wished, or prayed, away.  In the case of climate change the science, i.e. God’s physical and chemical laws, contrary to what many say, is actually quite straightforward: more carbon dioxide in the atmosphere reduces the radiation of heat from the Earth’s surface into the coldness of outer space, so the planet warms.  As it does so, and in particular as the sea warms, more water vapour is held in the atmosphere, which further reduces the radiation into space.  The combined effect is called ‘forcing’.

What is not clear yet is the role of clouds – will they amplify or diminish this warming effect and by how much?

Some may say how very inconsiderate of God to have set up the Earth this way – this limits our enjoyment of the fruits of our technological lifestyle.  Others, suffering rather more directly from extreme temperatures, which in some places have already become so severe that people have recently been dying in their thousands from heat stress (many of them Muslims, which is why I include this topic on the JCM website), may wonder why God has allowed this world to generate such suffering for them.

In either case – it seems we are slow to conclude what God wants us to conclude – we need to ‘reform’, or to use the more common translation, ‘repent’.  What is it we need to repent of, and how will our repenting give to God glory?

Climate change is a serious challenge, one of a number of serious challenges we human face. For each of the seven covenants that God has made, there is an -ism that has arisen to create a counterfeit alternative.  Each one of those has had the opportunity to arise because of the human failure to fulfil our side of the agreement God has made with us.  In every case, the principle of the solution is the same: fulfil the terms of the covenant.  If we humans can grasp this, every single challenge can be met and overcome.  Fail to do this, we will be deceived and will suffer the consequences.

But the solution does not lie in merely opposing the counterfeit.  The solution lies in meeting the terms of the covenant.  The challenge of environmentalism can only be met when we understand that the Adamic covenant is still in force: we have a responsibility to cultivate and converse the land we have been granted by our loving heavenly Father, who is at the same time an awesome consuming fire.