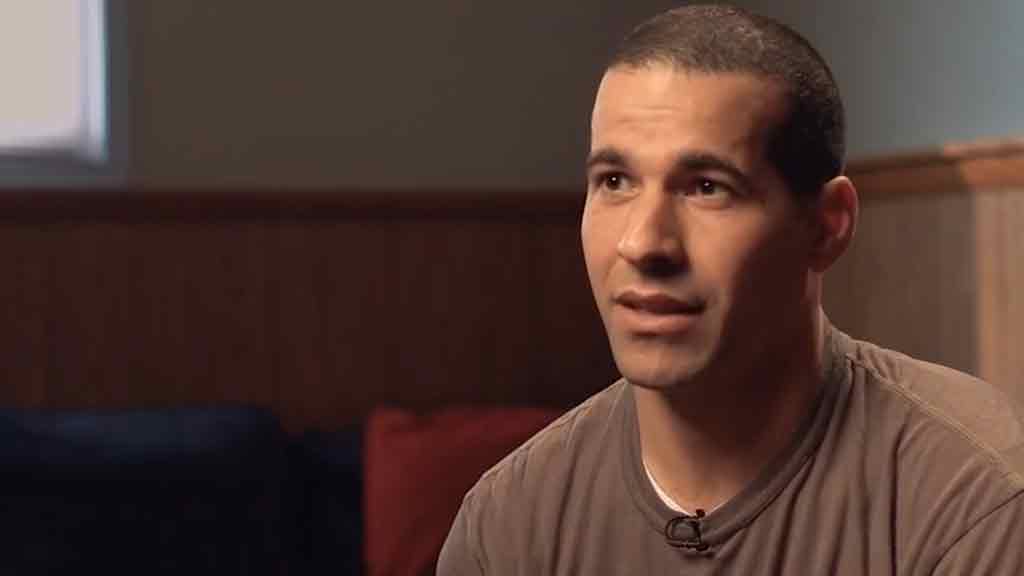 “We had information that there was two car bombs in the city, and they could go off anytime.”

As an Iraqi serving with the US military, Abbas Hameed was used to navigating tense situations.   He was nineteen when he began serving as an interpreter and then a sniper.

Born the third of nine children to a Catholic father and a Muslim mother, Abbas never adopted either of his parents’ faith.

“I didn’t really believe in God. Even though you don’t believe in the Islam, on your birth certificate it says Muslim. They automatically put it there.”

Abbas’ father was a businessman who was rarely home.

“My relationship with him was not good at all. I struggled a lot with identity and finding who I am. Because I have a father but he’s absent.”

When Abbas was still a boy, his father was arrested and imprisoned for avoiding mandatory military service. When he returned years later, Abbas noticed his father wasn’t the harsh man he once knew.

‘“That’s actually when God really reached into his heart and broke his heart. It is the right religion that changed his life, and in my heart, that’s when I prayed and I asked God, I was like ‘If you really, truly exist, don’t punish me like you punished him, but help me to be the man that you want me to be.’”

However, Abbas was more occupied with surviving the dangers he faced daily. His team received intel that there was a car bomb in the city. Abbas was standing guard at a checkpoint, when he noticed a car heading toward him.

“I was motioning to the driver, stop, stop, and I raised my rifle toward him and he kept on coming. So, I pop, pop (gestures) and shot him. And he went down.”

“All I saw was a ball of fire and metal–like pieces going everywhere. And I flew and hit the ground, crawled lose to the curb to kind of avoid like big objects from the car to come landing on. And I get up, not even a cut on my body.”

Everyone else in the immediate area was killed.

“I was like why them and not me? I was right there.  I had that peace inside of me saying you’re chosen. You have more. You know, there’s more for you. And you need to come and find out.”

For the next two years, Abbas tried to seek God on his own, but he found the Bible confusing and hard to read.

Then in 2007 he was reassigned to the US Army’s 82nd Airborne where he met Sergeant Scott Young. Abbas immediately noticed something different about him.

“The way he carried himself, you could see the light shining through him and that same voice inside of me saying this is the guy that is going to help you.”

Scott began mentoring Abbas and teaching him about the Bible.

“I watched him. After I realized that he’s a Christian, and whatever he had, that’s what I wanted.”

Then his father, who had been serving as a spy for the U.S., was murdered. Abbas was overwhelmed with loss…and rage.

“The main thing in my mind was to go out and kill as many terrorists as I can. I was a guy filled with resentment, hate, not only like hate the people there, but my own self.”

Abbas decided to tell Scott how he was feeling.

‘“I told him, ‘Scott, I hate who I am. I don’t want to be me anymore. How can I become a Christian?’ And he said, his smile on his face, he’s like, “Man, you go tell that to Jesus. You need to go and ask him that you want to be one of his sons. And he will come and change your life.’”

“‘I just asked, ‘Lord Jesus, I hate myself. I don’t want to be that person anymore. Please come into my heart and change my heart. Change me and make me to be one of your sons.’”

After that prayer, there was a fresh sense of peace that entered my body. I had a big smile on my face. My whole company, my whole platoon knows that. They saw the difference in my life, they saw the change.

Today, Abbas has a family of his own and is a U.S. citizen.  He is grateful for the change in his life and wants others to know that Jesus is the answer.

“I’ve definitely found what I’m looking for. Now I’m there; he’s in my heart.”