No mention of Jesus Christ in any history! 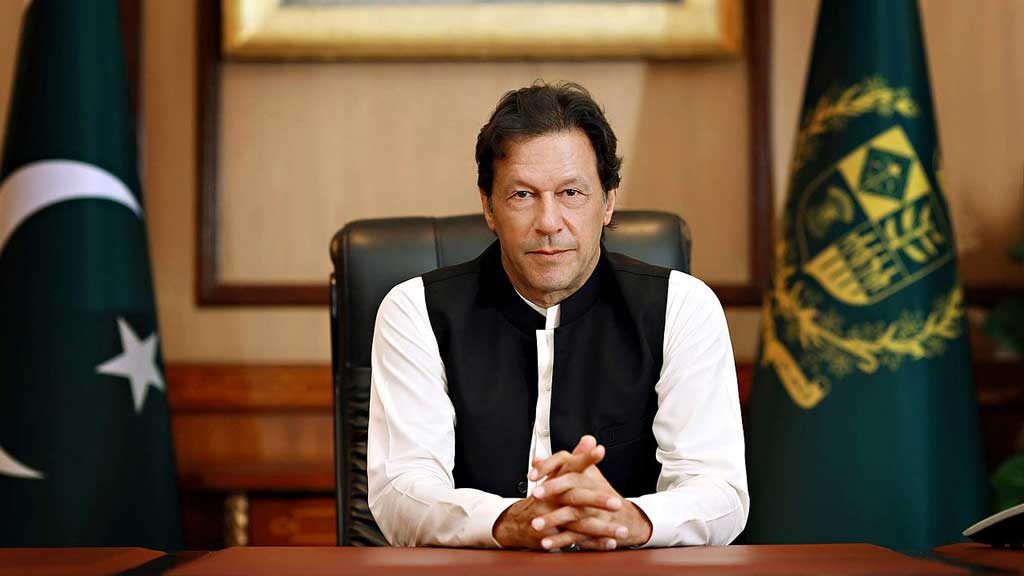 Yes, the Prime Minister of Pakistan said: “There is no mention of Jesus Christ in any books of history”.  Imran Kham made this bold statement at a conference held to celebrate the (supposed) birthday of Mohammed.

Let’s take each in turn.  For the New Testament books to be non-historical, they would have to make claims that are disproved by archaeology.  However, archaeological evidence supports the New Testament texts.  In fact, some of it allows us to accurately date when certain New Testament books were written to within a year or so.  St Paul’s letters 1 Thessalonians and Galatians were written around 49 AD, because in 50 AD St Paul then goes to Corinth as Luke records in Acts 18.  He writes:

“While Gallio was proconsul of Achaia, the Jews of Corinth made a united attack on Paul and brought him to the place of judgment. “This man,” they charged, “is persuading the people to worship God in ways contrary to the law.”

Just as Paul was about to speak, Gallio said to them, “If you Jews were making a complaint about some misdemeanour or serious crime, it would be reasonable for me to listen to you. But since it involves questions about words and names and your own law—settle the matter yourselves. I will not be a judge of such things.”

The dating of this event is derived from the mention of the proconsul Gallio in an inscription found at Delphi and published in 1905, preserving a letter from Claudius concerning Gallio dated during the 26th acclamation of Claudius, sometime between January 51 and August 52.

This inscription was probably buried during the sacking of Delphi by Nero’s legions in 66AD.

If the Book of Acts were a mythical history, written centuries after the purported events, Luke could not possibly have known any Consul Gallio nor when he served.  This conclusively shows Luke is writing history.  In the first few verses of his Book of Acts, he wrote:

“In my former book, Theophilus, (Luke’s Gospel] I wrote about all that Jesus began to do and to teach until the day he was taken up to heaven, after giving instructions through the Holy Spirit to the apostles he had chosen.  After his suffering, he presented himself to them and gave many convincing proofs that he was alive. He appeared to them over a period of forty days and spoke about the kingdom of God.  On one occasion, while he was eating with them, he gave them this command: “Do not leave Jerusalem, but wait for the gift my Father promised, which you have heard me speak about. For John baptized with water, but in a few days you will be baptized with the Holy Spirit.”

Then they gathered around him and asked him, “Lord, are you at this time going to restore the kingdom to Israel?”

He said to them: “It is not for you to know the times or dates the Father has set by his own authority. But you will receive power when the Holy Spirit comes on you; and you will be my witnesses in Jerusalem, and in all Judea and Samaria, and to the ends of the earth.”

After he said this, he was taken up before their very eyes, and a cloud hid him from their sight.”

What Luke was writing about was common knowledge among the early Jewish believers in Yeshua, Jesus.

A letter from a Syrian captive and Stoic philosopher Mara bar ‘Serapion written in 73 AD mentions Jesus – ‘their wise king’:

“What else can we say, when the wise are forcibly dragged off by tyrants, their wisdom is captured by insults, and their minds are oppressed and without defence?  What advantage did the Athenians gain from murdering Socrates? Famine and plague came upon them as a punishment for their crime. What advantage did the men of Samos gain from burning Pythagoras? In a moment their land was covered with sand. What advantage did the Jews gain from executing their wise king? It was just after that their kingdom was abolished. God justly avenged these three wise men: the Athenians died of hunger; the Samians were overwhelmed by the sea and the Jews, desolate and driven from their own kingdom, live in complete dispersion. But Socrates is not dead, because of Plato; neither is Pythagoras, because of the statue of Juno; nor is the wise king, because of the “new law” he laid down.”

The Jewish historian Josephus published his Antiquities of the Jews written around 93-94 AD mentions Jesus twice in Books 18 and 20.

Pliny the Younger wrote to Emperor Trajan a letter in 112 AD asking for advice what to do about Christians he encountered.   He has three main questions:

The Roman historian Tacitus wrote this in his Annals, Book 14, Chapter 44, in 116 AD, follows his description of the six-day Great Fire of Rome that burned much of Rome in July 64 AD.

“Consequently, to get rid of the report, Nero fastened the guilt and inflicted the most exquisite tortures on a class hated for their abominations, called Christians by the populace. Christus, from whom the name had its origin, suffered the extreme penalty during the reign of Tiberius at the hands of one of our procurators, Pontius Pilatus, and a most mischievous superstition, thus checked for the moment, again broke out not only in Judæa, the first source of the evil, but even in Rome, where all things hideous and shameful from every part of the world find their centre and become popular. Accordingly, an arrest was first made of all who pleaded guilty; then, upon their information, an immense multitude was convicted, not so much of the crime of firing the city, as of hatred against mankind.”

Possibly the most difficulty Prime Minister Khan has with his pronouncement is that no opponent of the Christians ever denied the historical reality of Jesus, although some who had no knowledge of events tried to argue that.  As the Apostle John records in his second letter.

“I say this because many deceivers, who do not acknowledge Jesus Christ as coming in the flesh, have gone out into the world. Any such person is the deceiver and the antichrist.”

It would seem to me that being recognised around the world as the deceiver and the antichrist is not, perhaps, the career progression the Prime Minister is hoping to accomplish.

I can only assume he has been poorly advised.  This really is not a great start to the Prime Minister’s campaign to encourage mutual respect for the founders of the great world religions.

Furthermore, the person who is most mentioned in the Quran is none other than Jesus (Isa).  He is mentioned directly or indirectly over 187 times.  So, is Prime Minister Khan suggesting that Allah got Jesus all wrong, or that Mohammed (‘PBUH’) – ‘the perfect man’ – made a mistake?   Wouldn’t that make PM Khan a blasphemer?  Under Pakistani Penal Code clause 295C, wouldn’t that mean he may have committed a crime with a mandatory death sentence?  Hafiz Muhammad Saeed, leader of Lashkar-e-Taiba, call your office!  Quick, call off the search for Asia Bibi!  You have a new target now!

I jest – but some situations are in need of just a little levity.

As Einstein once said: “There are two things that are infinite, the Universe and stupidity.  But I am not sure about the Universe.”

God bless you all, including Prime Minister Khan, we love you all,