God’s Grace Can Reach Any Heart 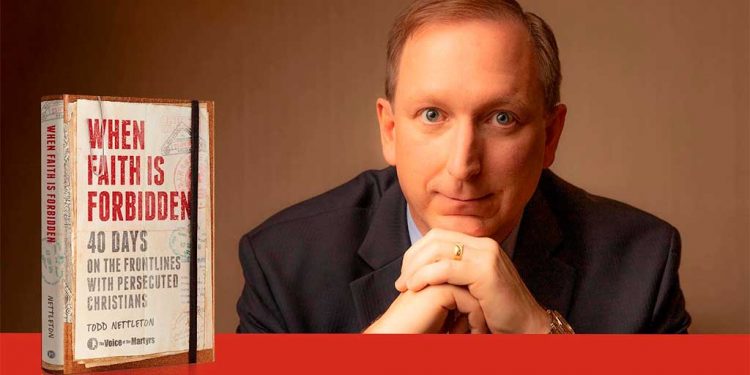 Dear Brother or Sister in Christ,

In eternity, I believe we may see how God wrote chapters into the lives of people we knew on earth and also into the lives of our persecuted brothers and sisters in Christ. Occasionally God allows us to learn the complete story before eternity. Recently, a VOM field leader came home with such an inspiring story about one of our brothers in Tajikistan, the early chapters of whose story I had shared years earlier.

In 2004, I traveled to Tajikistan a few months after a pastor named Sergei Bessarab was shot to death in a small city called Isfara, where Bessarab had planted a church. In my book When Faith Is Forbidden, I share Bessarab’s story and introduce readers to his widow, Tamara. In addition to meeting Tamara, I also met the man — also named Sergei — who had prayed for Bessarab’s salvation. The two men had met in prison while Bessarab was serving time for his criminal activities.

In prison, Sergei prayed every day that Bessarab would come to Christ. But Bessarab was less than grateful for his friend’s concern. “Don’t waste time praying for me,” Bessarab told him.

Sergei remained steadfast in prayer, however, and Bessarab did eventually bend his knee to Christ. The former criminal became a bold witness for his Savior both inside the prison walls and, after his release, as a pastor on the outside. In addition, he made frequent return visits to the prison to share the gospel with inmates.

Soon after Bessarab and Tamara moved to Isfara and planted a church, which began to grow as Muslims turned to Christ, a headline in the local paper asked the pointed question, “What’s Going to Be Done About Sergei Bessarab?”

On Jan. 20, 2004, the son of a local mosque leader answered the question, shooting and killing Bessarab as he strummed his guitar during his nightly time of worship, Scripture reading and prayer.

In my book, I close Bessarab’s story with words spoken to me by his friend Sergei just months after the shooting: “One day we will meet this person who killed [Pastor Bessarab] because we have a prison ministry all over Tajikistan. And we will be ready to tell him about Jesus.”

A front-line worker in Central Asia recently met with Bessarab’s widow, Tamara, who told him how God has extended her husband’s legacy.

When the young man who killed Bessarab was convicted and sent to prison, Christians were waiting there to meet him, just as Sergei had promised. In God’s amazing providence, the killer was eventually assigned to a cell with a Christian prisoner who had been led to Christ and discipled by Bessarab!

And over time, the mosque leader’s son became Bessarab’s spiritual grandson, placing his trust in Christ.

Bessarab was once a convicted criminal. Many would have written him off spiritually. His killer was also far from God, and some may have written him off as well. But God’s grace can reach any heart. If you need a reminder of that today, picture the final chapter of this story: Pastor Sergei Bessarab stands worshiping before God’s throne for all eternity — side by side with the man who ended his earthly life! In Christ,

Source: This is an update from a story in When Faith Is Forbidden: 40 Days on the Frontlines with Persecuted Christians.

Keep Christ at the forefront of the Christmas celebration

This is the most recent story.