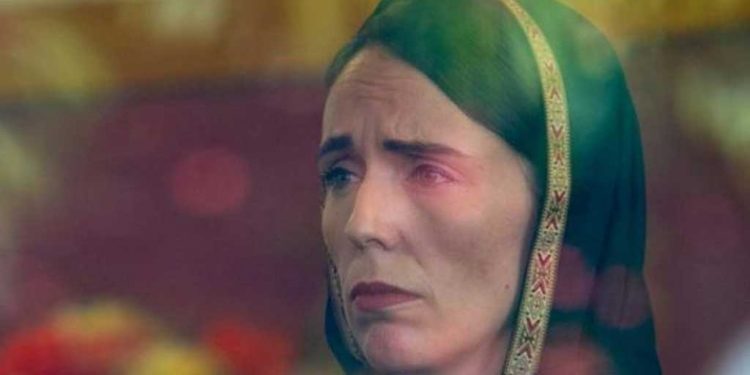 A week after 50 Muslims were murdered in mosques in Christchurch, New Zealand came together on Friday to observe the Muslim call to prayer, which was sounded around the country — including on national radio and television — before ceremonies were attended by tens of thousands of people who paid tribute to the dead and heard calls for unity.

Although I am sure this was not their intent, and they did so only out of profound ignorance, when the Islam call to prayer, the Adhan, is said, this is what is prayed:

‘Allah is the greatest.
I acknowledge that there is no deity but Allah
[Muslims understand this to mean that Allah is not a Trinity – in other words Jesus Christ and the Holy Spirit are not divine]
I acknowledge that Mohammed is the Messenger of Allah
[implying that in any conflict between statements made by Jesus and those of Mohammed, Mohammed’s should be followed and those of Jesus rejected]
I testify that Ali is the viceregent (wali) of Allah ([if you are Shia Muslim]
Hasten to the prayer.
Hasten to the salvation.
Prayer is better than sleep.
Allah is the greatest [Allahu Akbar].
There is no deity by Allah’ [The last statement reinforces their rejection of Jesus Christ and the Holy Spirit as divine.]

Contained within the Islamic call to prayer is the Shahada, the Islamic creed, which in full (in English) is:

‘There is no god but God. Muhammad is the messenger of God.’

Anyone who says this, according to Islamic Sharia Law, is now a Muslim.

Therefore, the Prime Minister and New Zealand, and all those who prayed that Adhan, are now Muslims, according to Sharia law, and have rejected any belief in the Lordship or divinity of Jesus Christ.  Anyone who subsequently leaves Islam, having now become a Muslim, may be executed by any Muslim for apostasy, according to that same Sharia Law.

I wonder, did they know this before they were advised (presumably by a Muslim advisor) that this was an appropriate way to mark the crime and tragedy?

It has been long understood by those Christians who have found themselves confronted by Islam that Islam is the Beast of the Book of Revelation in the Bible.  In that book, the true God speaks by revelation to the Apostle John prophetically, and says:

‘If anyone is worshiping the Beast. . .he will also drink out of the wine of the fury of God which has been mingled undiluted in the cup of his wrath, and he will be tormented in fire and brimstone in the sight of the holy messengers and in the sight of the Lamb; and the smoke of their torment is going up forever and ever, and they have no rest day and night, who are worshiping the beast. . .’
[Revelation 14:9-11, MLV]

Why should the true God be so hard on those who worship the Beast, i.e. the concept of Allah and the ideology Mohammed brought, including Sharia law?

The first reason is that Islam denies Christ as divine, and to do so is to deny Christ, who warned:

The second reason seems that, being a God of justice, it probably has to do with the 280 millions that Islam has murdered over the 1,400 years of Islamic history, the slavery of non-Muslims, the cruel domination of women, the domination of non-Muslims, the cutting off of girls clitorises so that they can never experience orgasmic pleasure but only pain during sexual intercourse, the rape in and out of marriage, the taking of slave girls for rape, the lawlessness that is Sharia Law.  God, the true God is, it seems, a God of justice.

So, when the Prime Minister sought to bring unity to her country by becoming a Muslim (although I very much doubt she had any idea that is what she was doing) she was unifying herself with an ideology the God of the Bible has prophetically condemned in perpetuity and for good reason.  Taken at face value she is now in a jam: reject Islam and she should, according to Sharia Law, be targeted by any Muslim for execution for apostasy.  Remain a Muslim and she is at risk of hellfire, according to the Bible.

Perhaps, if the Prime Minister also had regard for the fact that in the same week as the tragedy in New Zealand, Muslims murdered over 120 Christians in Nigeria because they were Christians, she might not have so easily fallen into the trap that was laid for her.

Where, I ask, is the international outpouring of grief for those Christians?  Where are the questions in the United Nations?  Why is the UNHRC not writing damning reports about Nigeria on its failure to protect the vulnerable poor of its country from not just one or two lone gunmen but THOUSANDS of jihadi’s (who are Muslims) armed with semi-automatic assault rifles, in contravention of Nigeria’s gun laws, rather than wasting their time telling lies about Israel?

If the Prime Minister of New Zealand had spared a thought, even a little one, about the enormous suffering of Christians at the hands of Muslims who cry Allah Akbar as they slaughter unarmed men, women and children armed with no more than their faith in the Lord Jesus Christ, then perhaps, just perhaps, she would not have imperilled the eternal destiny of thousands of New Zealanders, including her own.