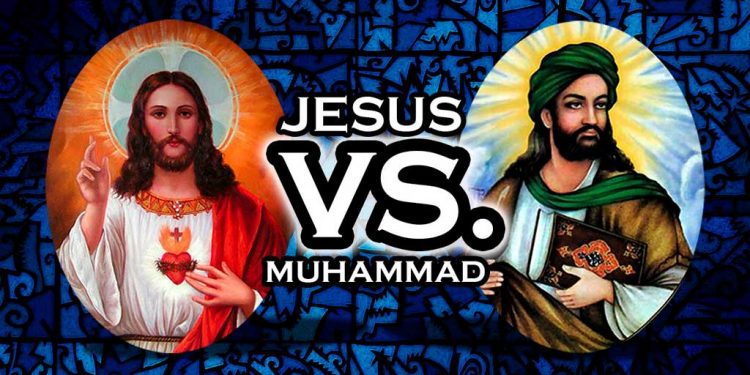 Comparing Mohammad and Jesus has been on my to-do list from a long time. This article can be considered a one-sided argument but it is based on facts and is justified by scriptures. Jesus, believed to be the Son of God, really has set an example of a perfect human. Ironically, Muhammad, who claimed to be a “prophet” from Allah, has set an example that ISIS is following today. The Muslim world has always been in chaos and the mayhem of brutality and death, this is certainly a bigger picture of the religion but it is true. And why? Something surely is epically wrong which has led the Western world to consider Islam a trouble. Let’s pin down few of the differences between the founders of the two biggest religions in the world.

These differences make Christianity’s case quite strong when it comes to comparing the lives of the founders of both religions. It is obvious with evidences that Muhammad has only conquered the people through sword. And Jesus has conquered the hearts of people through His teachings and by dying on the cross. If you choose to willfully ignore the obvious then you are only betraying yourself. Jesus calls on everyone, with only love to offer, because our God is LOVE.

An Ex Muslim from Karachi, Pakistan