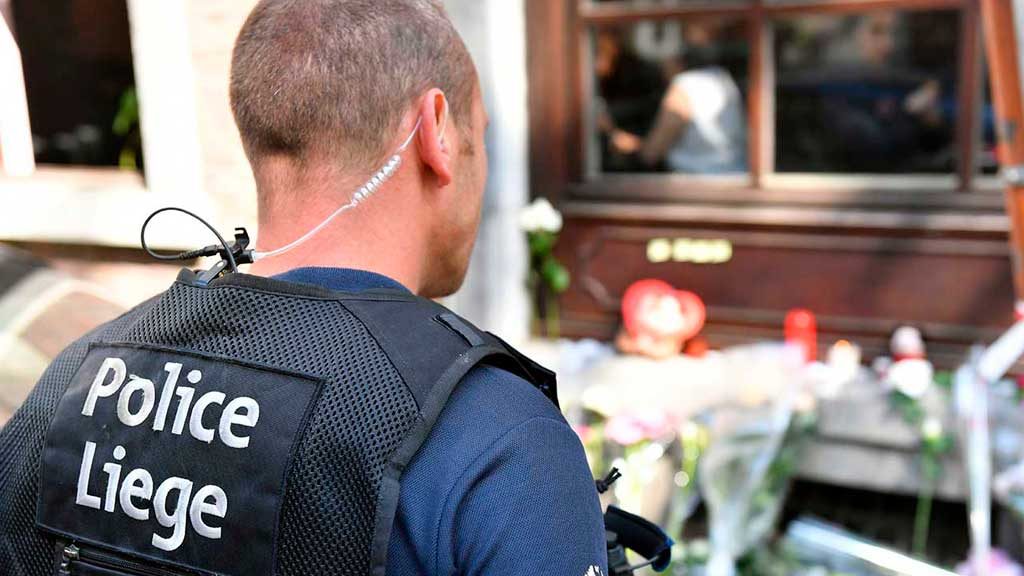 At the end of May in Belgium, a knife wielding man killed three people, two of whom were police officers. A number of eye witnesses reported the man was shouting ‘Allah Akbar’. This was later denied by the police.

This kind of denial is all too common in the West, as governments remain committed to the goal of encouraging community cohesion within their multi-cultural communities. In effect, the organs of the state are required to lie to their own people, so as to avoid those people becoming concerned that they might be under threat from some of the Muslims they have let into their countries. So, after every attack, Western leaders announce that attacks in the name of Islam have nothing to do with Islam, that Islam is a Religion of Peace, and that those who perpetrated the latest atrocity are mentally ill.

There is only one problem with this government propaganda – no one believes it any more. What we now know is that the Muslim Brotherhood, Daesh/Isis, Al Qaeda and every other Islamic affiliation have a common goal inspired by the teaching of the Quran and the example of Mohammed, which is to spread Islam by all means, whether political, demographic or violent, until all the world submits to Allah, and that the Muslims generally regard that as a good thing. They also know that those same groups tell Western governments that all violence committed in the name of Allah has nothing to do with Islam. Go back to sleep. All is well.

In the UK there are some 23,000 individuals classified by the security authorities as potentially dangerous threats, who live in their increasingly segregated communities agitating for increased influence in British politics, who want to see more scope for Sharia law, a system of law that favours Muslims over non-Muslims and men over women – the very opposite to the concept of common law.

What the ordinary non-Muslim sees is their governments continually being influenced by a sophisticated Muslim lobby and who, like King Theoden of Rohan in the story ‘Lord of the Rings’ is only too keen to repeat what it is being told, while suppressing any other contrary voices.

The average non-Muslim citizen who thinks about the future can foresee only a few alternatives outcomes.

Our society becomes a Muslim one in which all other beliefs are suppressed by force, indoctrination and economic oppression.

Or our society segregates into two, or more, enclaves, in which a state of exhausting conflict continues until one or other side loses. Given that it is Muslims who have the majority of the oil and the gas and huge amounts of money and assets and manpower, it is not obvious that the non-Muslims can win. Indeed, to avoid spooking the markets, governments cannot afford to go down that route – their debt-laden economies would crumble. No elected government is willing to gamble on this outcome.

Or there is a horrific civil war in which one of other of the communities are driven out or killed.  Despite the best efforts of the government, eventually they lose control of the situation. Ordinary people, realising that, organise into their own militias and the West becomes like the Central African Republic. This is also unlikely as  the West has nothing left to live for, since it has abandoned Christianity, falsely believing Darwin has disproved God and falsely believing Bertrand Russell that ‘Christianity stands in the way of moral progress.’ So, what has it got to unify it in purpose and motivate it to surrender their lives to a higher purpose? Nothing! So, that outcome will not happen.

Or the Muslims accept that they should just get along and stop all this silly nonsense about global jihad, dawah and sharia and embrace western democracy, pluralism and tolerance, and all will be well. This last option is what western governments wish for.  There is only one problem – everyone knows that won’t happen.

So, that only leaves the first option. That our societies will become Muslim. And they know it. Our governments know it. And Recep Erdogan, the President of Turkey, knows it, and smells blood. But to admit it in public would be too depressing and cause too much argument, so instead, our governments lie to us. They lie to us all. And we swallow the lie because to not do so would cause us to look at reality and force us to consider how it was we got here and what we should do about it.

All the while, a rejected voice unceasingly whispers in what is left of our shipwrecked consciousness: ‘Take my yoke upon you and learn from me, for I am gentle and humble in heart, and you will find rest for your souls. Everyone who hears these words of mine and puts them into practice is like a wise man who built his house on the rock ‘. And rock is exactly what has been missing – the essential substance one needs as a foundation on which to rebuild an otherwise shattered and exhausted society.