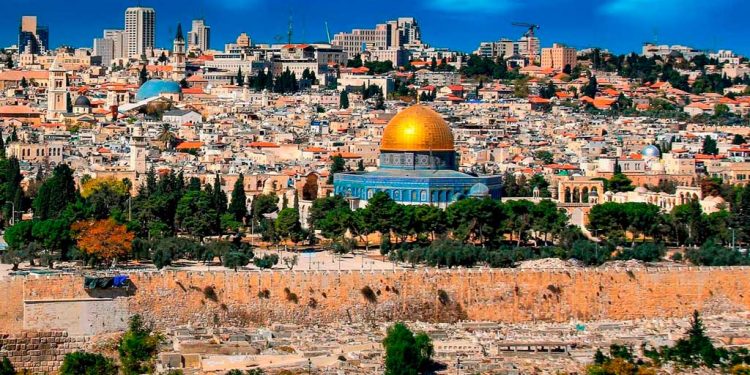 All of us at Jesus Christ for Muslims wish to warmly extend a hand of congratulation to the State of Israel, its government led by their superb Prime Minister Netanyahu, the people of Israel and to all Jews across the world.

We celebrate with them the 70 years since the founding of the State of Israel and now at this time the official recognition by the USA that Jerusalem is indeed Israel’s eternal capital.

As Christians we read a Bible that has been written by Jews from Genesis to Revelation, and we believe in the God of Abraham, Isaac and Jacob, the Alpha and the Omega. And we rejoice that after such a long time, the Word of God has been fulfilled and the people of Israel have been ingathered from all the nations to where they were scattered. And the God who watches over Israel continues to ingather them.

We renounce the wickedness of our forefathers who treated Jews as they did. They were wrong. We also oppose those Christian groups who revile Israel and its people today. They are wrong.

As Christians we rejoice that we have been given by the grace of Almighty God the privilege to enter into His Kingdom and to come to His throne of grace, for upon us He has given us many blessings.

He has given us his sure promise of eternal life. He has taught us His righteousness, expressed within the Torah and lived out in the life of the Messiah. We are grateful that the darkness we lived in has now been illuminated by the One who said:

‘I have some other sheep which are not with these sheep. I must bring them also. They will listen to my voice. Then all the sheep will be together and there will be one person who cares for all of them.’ (John 10)

We now know that ‘The person who comes from God listens to what God says’ and we are beneficiaries of all that God has said. (John 8)

Not least we are beneficiaries of the prophetic words spoken over the Jewish people and our hearts thrill to see in our lifetime so many of these come to pass and continue to do so.

And so we wish to stand with the people of Israel and the Jewish people in celebration, conscious that we too have a responsibility to contribute, for as Isaiah wrote:

‘I have posted watchmen on your walls, Jerusalem; they will never be silent day or night. You who call on the Lord, give yourselves no rest, and give him no rest till he establishes Jerusalem and makes her the praise of the earth.’ (Isaiah 62)

While Jerusalem is already a wonderful city, not all the world acknowledges that wonder, nor its symbolism of He who is the King of all the Earth and the King of Kings and the Lord of Lords. So we must continue to call upon the Lord and give ourselves, and Him, no rest until He has made Jerusalem the praise of the Earth. But He has promised He will do this and we hold onto His promises, for He is Faithful and True.

Shalom berakhah ve-tovah!  Peace, blessing and all good to you.

We grieve with the Christians of Surabaya, Indonesia