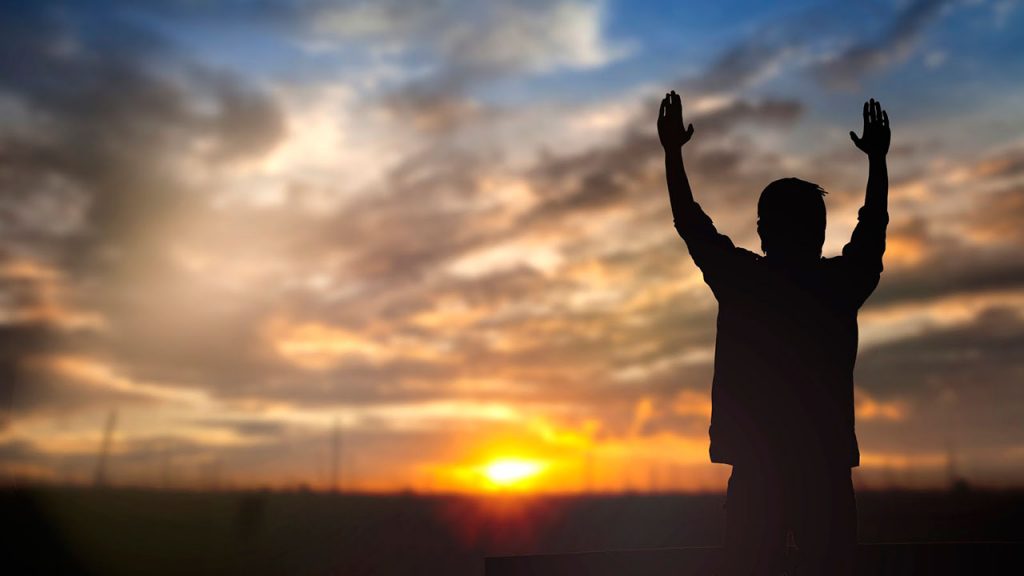 My name is Mary, and I love Easter. Some people love Easter because we eat hot cross buns and chocolate Easter eggs. But, it is our most important festival and Easter is the very heart and centre of our Christian Faith.  I love it too because it coincides with our spring time, when the countryside wakes up and comes back to life again after the cold dark dead days of winter.

The bare trees are now covered by green leaves and blossoms, and there is colour everywhere as the flowers bloom. There is fresh grass in the fields were young lambs leap and skip, full of energy. The birds sing again and are busy feeding their nestlings.  Everywhere there are signs of new life as the land is renewed once more. Nature renewed is a wonderful illustration of Easter, which is rather like winter followed by spring.

In the weeks of preparation for Easter, we think of the terrible events that happened to Jesus: how he was hated, rejected and betrayed.

“He was despised and rejected by men and a man of sorrows, familiar with suffering.  Surely he took up our infirmities and carried our sorrows. We considered him stricken by God and smitten by him and afflicted, but he was pierced for our transgressions.  He was crushed for our iniquities. The punishment that brought us peace was upon him and by his wounds we are healed.”

“We all like sheep have gone astray, each one of us has turned to his own way but the Lord has laid on him the iniquity of us all. He was oppressed and afflicted yet he did not open his mouth. He was led like a lamb to the slaughter and as a sheep before his shearers is dumb, so he did not open his mouth. He was assigned a grave with the wicked and with the rich man in his death, though he had done no violence, nor was there any deceit in his mouth, yet it was the Lord’s will to crush him and cause him to suffer.”

“Although the Lord makes his life a guilt offering, he will see his offspring and prolong his days and the will of the lord will prosper in his hand.  After the suffering of his soul he will see the light of life and be satisfied, for he bore the sin of many and made intercession for the transgressors.”

These words of prophecy from Isaiah were written over 700 years before the coming of Jesus but they accurately foretell his suffering and his death.

During Holy week we remember the darkness of those days: his arrest, the sham trial with lying witnesses, his flogging, mockery and humiliation, the awful torture of crucifixion and finally his death. He, the perfect sinless lamb, was slaughtered, but when his executioners thought they had taken his life by force he, in a gesture of infinite love, gave it up willingly knowing that he had accomplished his mission. They chose the Cross to carry out the evil plans, Jesus chose the Cross to fulfil God’s plan of salvation for the whole human race: Jesus died in our place.

The punishment that brought us peace was upon him.  He died, the just for the unjust, that he might bring us to God, and in the Cross we see God’s Justice, His punishment for sin and His immense love perfectly combined.

“God so loved the world that he gave his only Son, so that whoever believes in Him may not perish but have eternal life. For God did not send his Son into the world to condemn the world but so that the world might be saved through him.”

By the Cross sinful humanity can be justified and put right with God, and we are drawn to the Cross by that silent suffering figure there, because we know it was only his love for us that kept him there until the end.  But the sorrowful winter of his suffering and death became the joy of springtime of his Resurrection.  The good news is that Jesus has conquered death.

When the women went to the tomb to tend to his dead body . . . . it was gone!  Mary met with the risen Lord and went to tell his friends that Jesus was alive.  Naturally they found it very difficult to believe at first but he appeared to them and spoke individually to each one and he gave them convincing proofs that he was alive and at one time he appeared to over 500.  So, that despair of his death was turned to joy and belief.  Jesus lives!  He is the resurrection and he is life and he promises that all that believe in him will never die but have internal life.  This new spiritual life can begin here and now when we accept Jesus to be our Lord and our Saviour.

This is what it means to be born again; this is springtime for ourselves when we become truly alive in the Spirit and because of Easter all Christians can say……The life I now live I live by Faith in the Son of God who loved me and gave himself for me. Amen.