Is there a godly strategy for the Church to endure the challenge of Islam? 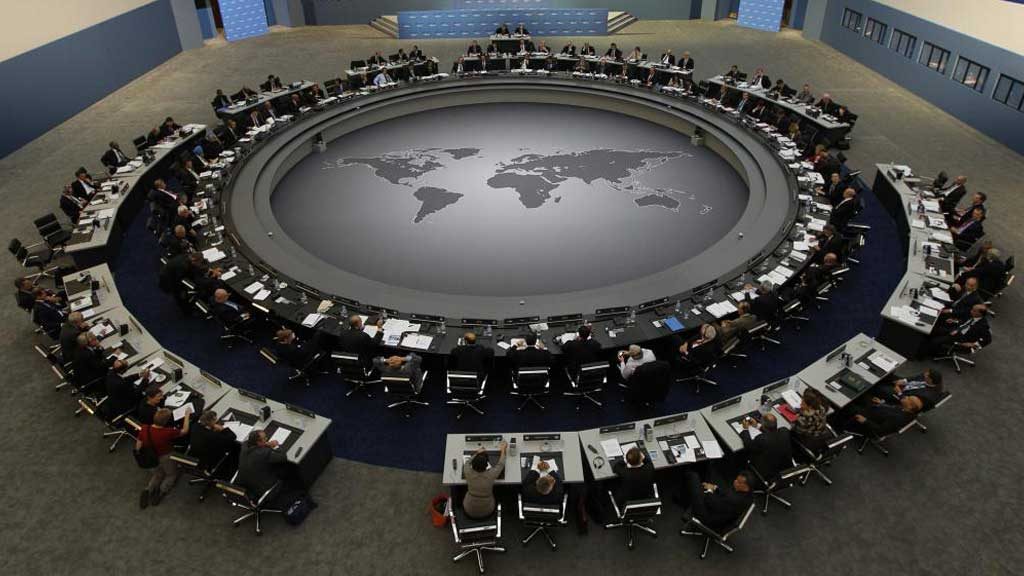 Apart from its internal fractures and stresses, the Church, or the Christian world, faces two major ideological challenges, Islam and secularism.  When seen from a global, rather than a Western perspective, the most potent of these is Islam.

To understand why Islam is such a challenge, it must be understood what its enduring core objective is: to destroy the ability of God to fulfil His purpose in the world by destroying the two Biblical peoples – the Jews and the Christians – and having achieved that, to go on and destroy the world.  The reason for this is that ultimately the purpose of Islam is to undertake the work of Satan, and the work of Satan is to oppose everything God seeks to do, and to undo all He has done, as far as He is able.  His objective is not to win, merely for God to lose.  Similarly, Islam has no goal beyond destroying the non-Muslim world, and once it has achieved that, it will finish the job by destroying itself – and humanity with it.

The Christian objective is diametrically opposite: which is to further the work of God by bringing all into His Kingdom, in which He rules with gentleness, love and grace, in which all of this Kingdom’s citizens enjoy the fulfilment of God’s promise of eternal life with Him.

To that end, Islam seeks to challenge God’s sovereignty – both over the hearts of men and women and over the world – by buildingin opposition to it a counter sovereign, a global state, which wages war on all other sovereignties, both divine and human, so that in the end there is no other sovereignty left in existence, and all the world has become the House of Islam.

Therefore, to whatever degree possible, Muslims build the four institutions of statehood: a community of persons, territories they control, institutions of government and sovereignty by challenging every neighbouring state.

Islamic communities are generally inward looking, closed and tightly regulated, with a clear and strict demarcation between the ‘believer’ and the ‘kaffur’, with opposite social and legal norms for the groups.

Islamic communities create territories or zones of control, be it a mosque, a street, a neighbourhood, a city, or a country, and expand these by settlement, expansion, expulsion, conquest and persecution, as circumstances permit.

The three institutions of Government – legislature, judiciary and executive – become in Islam Sharia, Sharia courts and either lone attackers, criminal gangs, mobs, terrorist groups, war-bands or armies, as circumstances permit. All these elements are not driven, as some western journalists believe, by outbreaks of mental illness, but by a doctrine of sovereignty according to the example of the Biblical Ishmael – his hand raised against his neighbour – or the never-ending acquisition of sovereignty, the fourth component of statehood.

Unlike a secular atheist state, whose theory of statehood holds that the government is the highest sovereign which will accept no higher sovereign, the highest sovereignty in Islam is Allah.  Unlike the God of the Bible, Allah encourages actions to deceive, steal and destroy in pursuit of sovereignty, the characteristics Christ attributes to Satan.

When faced with a powerful national state that is not yet fully within the House of Islam, if Islam is not yet strong enough to overthrow it and wage relentless war against its people until they submit to Allah (Islam means submission, of course) then Islam’s best strategy is to become a parasite of that state, seeking to bend the power of the state to do its will.

We see this in operation not only within the recent changes in the politics and culture of Western states, but also in some Middle Eastern churches, whose leaders will often make pronouncements in support of a Muslim position, too duped or afraid to resist the will of the local Muslims who greatly outnumber them, and who can turn on them at any moment and wipe them out.  Parasitizing any resisting sovereign power, temporal or spiritual, has become a brilliant way of weakening the state from within.

The parasitic strategy has 5 main stages:

This is the method that the Biblical Beast of the book of revelation is using to control the Biblical Whore of Babylon (the West).  The Whore thinks she is riding the Beast, enjoying the use of Islam’s oil and gas and money to keep her in a prosperous lifestyle she so values to the exclusion of all other values,  but in fact the Beast is taking her where he wants her to go, and eventually he will devour her and eat her, burning her cities with fire. OK, so this is my understanding of these Bible scriptures, but show me where I am wrong.

The Bible is clear: what Christ expects of His church is not that we will defeat Islam (that is a job reserved for when He returns) but that we endure.  For us to do that, we must confront both Islam itself and the parasitized West.To do this we need to not only understand what scripture has to say but also to understand how organisms resist parasites.

There are five strategies that organisms use to fight parasites:

Such statehood is in reality a part of a global state in waiting, for the Kingdom of God has not yet been granted us (see Daniel 2) but it is one in preparation, one not to conquer but to endure and to thwart the enemy’s purpose, which is to see we do not endure.

At the same time as Christians around the world are developing their own institutions of Kingdom statehood, they also need to be aware that the strategy of the enemy is to exclude us from the world economic system unless we capitulate.  To that end we need to become economically independent but mutually interdependent.  What might that look like?

The current world economy and the source of both its economic luxuries and unsustainability is its dependence on fossil fuels, rapidly depleting mineral resources and soil- and ocean-harming farming methods.  These are coming towards a crisis point.  In the next decade oil will enter a period of permanent decline, shortage and high prices.  Because of rising sea temperatures, the oxygen holding ability of ocean is declining, which will have massive impact on fisheries worldwideduring the course of this century.  Early signs have been detected, but predictions say it will start to become noticeable in around 15 years’ time and affect most oceans by the end of the century.

At some point there will be a nuclear attack, and we now know from Fukushima the most sensitive targets what can do maximum damage, poisoning vast tracts of productive land, forcing its abandonment.  The combined crisis means that the existing economic model of global trade in all goods, whether light or heavy, (e.g. pharmaceuticals or oil) is doomed to failure.

Such a crisis is exactly what Islam is waiting for in order to establish its power over a weakened West, for servant to become master, for master to become slave, a doomed slave at that.

The other economic model is to combine the knowledge of modernity with reliance on the land, not the oil wells and mines, for our resources, and to disengage and become economically much less reliant on the old order.  Energy, materials, water, food, textiles and dwellings can all be sourced where you are in the country.  All the rest (education, healthcare, security, machines, transport and communications) depend on very lightweight resources that can readily stored and more readily transported without the vast consumption of oil and steel needed to make the current system work.

Since God has said that ‘he will destroy those who destroy the earth’, it is necessary that we take the opportunity to develop our communities so that they are much less dependent on those who are doing the destroying.

This economic independence is exactly what is needful in our quest to develop a strategy of endurance, a sovereignty-in-waiting that does not unleash vengeful anger on those who would destroy it, however justified we may believe that to be, but waits, develops our own abilities of resistance, learns from every failure and advances with every opportunity.

This strategy will need every believer to play his part, mastering all the resources of knowledge that are available to us through our relationship with God and each other, and above all to build unity between all Christians worthy of the name.

To work, then. God bless you.