Globalization in the Shadow of the Crescent 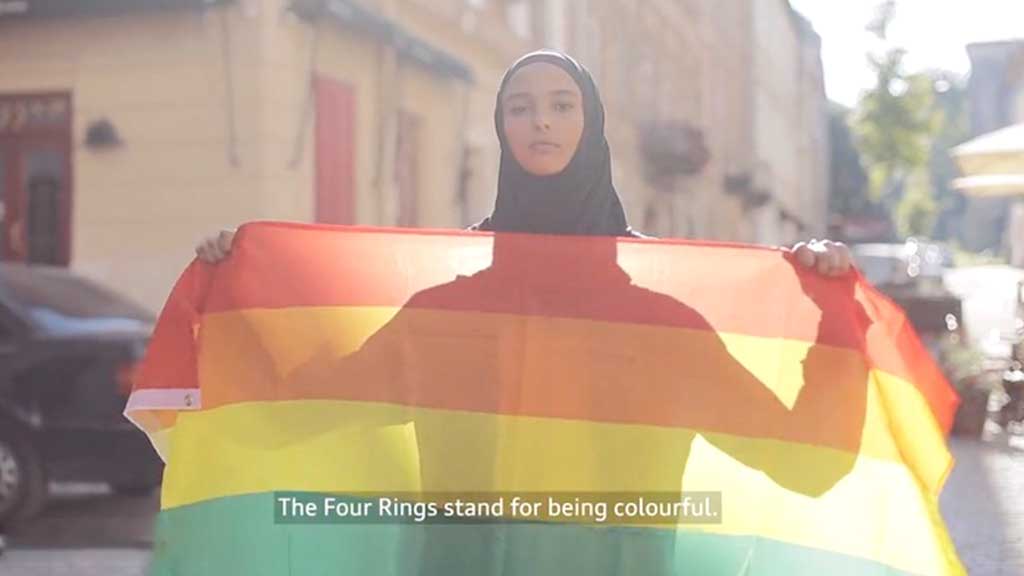 In May of this year, Audi posted a video on Twitter with the caption “At #EUDiversityMonth #Audi”. It had little to do with advertising the car itself. It was an advertisement for diversity, and of a very specific kind. A woman wearing a black hijab slowly raised the rainbow flag with her both hands. Once again: a Muslim woman in traditional Islamic clothing advertises the LGBT community. Considering how Muslims treat gays, lesbians and transgenders, this is comparable to the Nazis advertising kosher products, and the Stalinists advertising the Universal Declaration of Human Rights. Nevertheless, this curiosity is a prime example of the direction in which the process of globalization is moving.

The idea of a “global village” with a global economy and cultures that complement and enrich each other has inspired mankind since ancient times. Alexander the Great was the first man who tried to put this idea into practice, having connected East and West. This was followed by countless attempts of a similar nature. From ancient Rome to Thomas More’s Utopia, Rosicrucians and Freemasons, from the Dutch East India Company and the Silk Road to the World Trade Organization, people constantly sought ways to implement this promising and mutually beneficial ideal.

At the beginning of the new millennium, America, with its openness and a strange combination of messianism, enterprise and naivety, became a conductor of the new world order, which was supposed to combine financial expediency, social justice and universal unification. These efforts can hardly be called successful. In 2008, Barack Obama introduced the Global Poverty Act to Senate, known as S2433. The United States, under the UN Millennium Development Goals, pledged to spend 0.7% of its gross national product on helping foreign countries reduce poverty and improve public health. This bill was not enacted.

World structures such as the UN and the WTO are not efficient, either. The influence of Hollywood and American corporations including Microsoft, Intel, AMD, Coca-Cola, Apple and McDonald’s, on social and political processes in the world is very superficial. Humanitarian aid is being plundered ruthlessly.

The situation has changed dramatically in the last decades. Three directions of globalization have formed before our eyes a phenomenon which the Austrian sociologist Manfred Steger defined as market globalism, justice globalism and jihad globalism.

At first glance, there is nothing in common between them. Moreover, they even look irreconcilable with each other. But first impressions are deceiving.

Financial elites have gained unlimited control over the world, subjugating and destroying national economies. Under the pretext of combating global warming, an energy crisis is artificially provoked; the agriculture of entire countries, such as the leading producers of agricultural products, like the Netherlands and Canada, is being destroyed.

How can this “create a new man” project be implemented? Here comes the radical leftist, progressive “justice globalism” of wokesters. Progressives hate Western civilization. They are not going to reform it. They want to uproot it, with its traditions, culture, music, science, philosophy, and above all with its “Dead White European Males.” Through theories of “gender neutrality,” they destroy the very institution of the family, and doom their peoples to demographic and cultural degeneration. Through the mass migration from Third World countries, they carry out an ethnic replacement. Through pseudo-Marxist concepts such as cancel culture, political identity and Critical Race Theory, they promote the superiority of the marginalized communities that hate the rule of law and generally accepted norms. Like the Bolsheviks, they strive to create a “new man” – a man without moral restrictions and ethical values, extremely infantile and incapable of critical thinking. Such person would be an ideal type of consumer.

That being said, no society can exist in the atmosphere of total anarchy without laws, order and rules. Such a society will stop consuming and will simply destroy itself. This is where jihadist globalism enters the scene.

Jihadist globalism craves for the creation of the worldwide caliphate, where a “perfect” society lives according to Sharia law without any initiative, individualism or rationalism. The Islamists’ globalist model is extremely convenient for financiers and high-tech giants. By establishing strict social norms within the framework of Sharia law, the Islamists on one hand restrain the destructive forces of society, and on the other hand allow obedient “plankton” to consume freely in all spheres of life (except for specific goods, such as alcohol products). By means of smart gadgets and harsh repression, Islamic globalists can successfully control the whole population and keep it within the framework of an organized community. As a result, instead of a developed, civilized and truly democratic society, we get a giant obedient consumer herd – a Western-Islamic version of the Chinese totalitarian society, which is so admired by the globalist Western elite.

What will be the fate of the marginal and wokesters? It will be sad, of course. But most likely, consciously or unconsciously, they are willing to return to their usual role of submissive and hunted pariahs, since they do not know how and do not want to enjoy the benefits of true freedom.

This alliance of the three branches of globalism explains the phenomenon that seems inexplicable: the sympathy of the American progressive and globalist establishment for the Muslim Brotherhood (MB) and Iran, the systems that are by definition hostile to Western democracy and its values. After being elected for the second term, Obama, who did not hide his connection with Islam, bet not on Saudi Arabia, the United Arab Emirates and Israel (as one might expect), but…on Turkey, Egypt and Iran. Turkey is governed by the Justice and Development Party of Erdogan, a branch of the MB. Egypt at that time was also ruled by the MB headed by Mohamed Mursi. It should be noted that the Shiite Iranian theocracy is on friendly terms with the MB. Iran supported Egypt’s former Muslim Brotherhood president, Mohamed Morsi, not to mention Hamas, the Palestinian branch of the MB, and also successfully cooperated with Turkey. Obama’s first landmark voyage was to Turkey in April 2009 (in contrast, Trump chose Saudi Arabia and Israel). Obama’s first main foreign policy speech was delivered in Cairo, where Islamists came to power very soon with the open support of the White House. He refused to use “anti-Muslim” terminology such as “war on terror.” Obama’s main foreign policy mission (like that of the Biden-Harris administration) was appeasement of Iran. Both Obama and John Kerry supported Qatar in its conflict with the UAE, Saudi Arabia and Bahrain. Qatar, as we know, is an ally of the MB, Turkey and Iran.

The Biden administration copies this course precisely. The US officially appointed Qatar as a strategic partner and major non-NATO ally.

The acceptance of the jihadist globalism model by the globalist and progressive elite explains many other things that seem inexplicable at first: “special favorable terms” for Muslim migrants (but not for genuine refugees – Christians and Yezidis, for example); carte blanche to giant Muslim enclaves in European metropolitan areas; actual legalization of Sharia law; failure to protect women and children from mass violence by migrants; acceptance of most disgusting primitive rites, such as female circumcision; legitimization of MB parties associated with Turkey and Qatar; and a ban on any criticism of Islam under the pretext of combating “Islamophobia.”

“When you have eliminated the impossible, whatever remains, however improbable, must be the truth,” said Sherlock Holmes.

This is our case. Market globalists, progressives and jihadists have found allies in each other. Therefore, the Audi is advertised by a woman wearing a hijab  and carrying the LGBT flag.