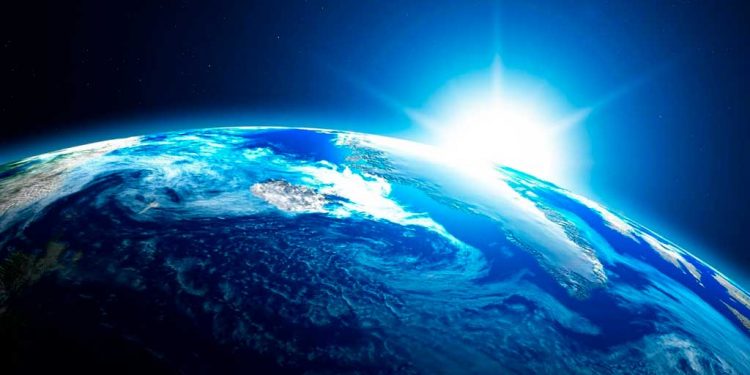 It doesn’t matter where you go or who you talk to, there is a widespread sense that the world has gone a bit mad, is getting madder, that things have gone rather wrong, and are getting worse.

We would all like to see it fixed, but which set of actions will best fix it? There are as many proposed solutions as there are problems, no one can agree on the priorities and for every proposed policy there are a dozen groups campaigning against the proposed policy.  We think that what we need are political solutions, but then we say that all politicians are corrupt lazy scoundrels.

However, I think one can broadly categorise four broad worldviews within which policies are framed: Islam, Secular Humanism, what I am going to call Churchianity and lastly the Kingdom of God. I will define these as follows.

The Kingdom of God is the Bible’s term for genuine Christianity.  It takes as its starting point the Bible and seeks to understand the issues and the outworking of solutions in the framework of Scripture. Its principle objective is the discipleship of the nations, meaning to teach and command people of all nations to do all that the Lord Jesus commanded them to do. Their confidence is in Christ and the truth and relevance of His word. They seemingly have little power (as Stalin famously asked: ‘How many divisions has the Pope got?’) yet their influence is felt, one friendship at a time, one talk or one written article at a time, such as this one.

Churchianity looks like Christianity, has many if not most Christians within its fold, but differs from the Kingdom in this sense: its focus is its own success and perpetuation, rather than the truth of God’s revelation. So, for example, churches and church groupings in Churchianity seek to be very nice people (provided they are the right kind of people!), do not which to challenge anyone concerning any issue except the ones that define them, but ultimately they are always more interesting in popularity and income than truth. Organisation survival and growth is the focus, not ‘making disciples of the nations’, as Jesus commanded. It makes nominal Christians, not Christians who transform people and societies. Their confidence is in the rightness of their cause. In some countries they have considerable influence, but in most countries their influence is one the wane.

Secular Humanism, an outgrowth of Churchianity, became established in response to the earlier endless battles between opposing church groups. Rejecting the hypocrisy of Churchianity, it sought not only to declare all Christian denominations equally valid, but went further, rejecting the idea of God as being fundamentally unknowable and irrelevant. Given that, it asserted that all religions are equally valid, in the sense that it considered them all essentially equally mythical, whereas reason was distinct from all religions, as it was illuminated by evidence brought into being by the scientific method. Latterly, this last point has somewhat fallen out of favour, and many secularists would go further than humanists and argue for postmodernism, suggesting that truth is only what the winners of political battles say it is, or even that truth can never be established and so we are now post truth.  Nevertheless, the world is warming and the fault is entirely capitalism’s, and that has to be done away with to save the planet. Ironically, enfolded within secular humanism are further –isms such as capitalism, communism, socialism, and other political ideologies. Overall, the confidence of all secular humanists of all persuasions is in the ever upward progress of humankind, with technology as their enabler. Their influence has been the dominant worldview of the late 20th century, but their influence is breaking under the strain of the next.

And finally, we have a resurgent Islam, which would seek to make the whole world Islamic and under Sharia, as this is clearly the will of Allah, and life was never as good as it was in the seventh century when Mohammed had conquered Arabia, and will be again when all the world is conquered for Allah, the Mahdi comes, the Jews are finally destroyed and Isa, Christ, who will preach Islam to the whole world and punish the Christians for twisting his teachings, and he and all the world will submit to Allah in the way of Mohammed. Not especially interested in technology, except for weapons, their confidence is in Allah and His Messenger. Their influence is growing. New words are now in daily usage in Europe that were previously unknown: hijab, burqah, Quran, jihad and of course martyr, aka suicide bomber in the popular imagination.

Four world views, four great isms, all contesting for hearts and minds across the world. How are they doing as regards fixing it?

To evaluate this we need to get past the got-a-problem-lets-fix-it to something far more fundamental, to the drivers of many of the visible problems we see in the world. The real problems are not Climate change, ocean acidification, energy use or urbanisation, or gangs, fraud and drugs per se, but the human behaviours that result in these things.

I have nine scales, again inspired by scripture (Revelation 21:8) that we can use to evaluate how each of these worldviews impact people’s behaviour and ethical strength. The scales are:

In our humanity we can all immediately see the left hand end of each scale is the good end, the right hand end the bad. And yet, it seems some or most of our four main worldviews, when the actions they inspire are weight against these nine categories, seem to be found wanting.

In the next article we will seek to rate each worldview against this scale, and see how each scores. In the meantime, I would like us to imagine a world in which human beings had the qualities we rate as good in all situations. How would life be for us?

What is obvious about each of these problems is that none are absolutely insoluble. The solutions can be written down as a seeming simple list:

Of these, the really troublesome ones are ideological, not practical. Climate change is driven by secular humanistic ideologies of both capitalism and communism, both part of the secular humanism series of -isms. Christianity influenced Europe for 1900 years without causing climate change, yet within the last 70 years the world, embracing globalisation of capitalism as well as communism, is racing to spoil the world by committing itself to visions of living (The American Dream, the Communist Ideal, The Great Leap Forward etc etc) that are completely out of proportion to the facilities of this world, and have become unmoored from the Biblical vision of free prosperity of every man under his vine and under his fig tree.

The difficulty people of good intent have had in spreading the wealth around, especially in Africa, has been significant. Rich-world farmers guarding their markets with barriers to trade, corruption and conflict have all hindered the rise of African prosperity, yet we are now beginning to see it turn a corner at last. But the kind of prosperity they adopt is important: they would not want the Asian Brown Cloud with its unbreathable air descending on them. What caused that?  In the end it is lawlessness caused by a communist ideology that is trying to compete for power: more secular humanism.

But the biggest issue is armed conflict, and most armed conflicts in this century have been driven by one worldview: Islam. Without a long hard look at the principles of this worldview and, in the end, a firm rejection of the worldview is basically wrong, i.e. it fails the test of the nine points listed above, the world will have to endure armed conflict as long as it lasts.

The Biblical prophecy is that eventually it will fail; but first it has to appear to be gaining ground. What is clear is that as it seeks to gain greater power, its ethical structure is being examined, and found wanting.

In a world where human beings assessed their actions according to the nine ethical measures of Revelation 21:8, and prioritised these over secondary considerations of money, power and  gratification, these problems would be solved long ago or would not have developed at all. So, in the end the measure of all our worldviews must be these nine divine ethical measures.

We will see how they score in the next article. God bless you all,

Why is it important to go to the Church?

A life with Joy

Are you a Christian struggling with guilt?

Persecution – Part of a righteous and Godly Christian life

The ticket to heaven is not for all