The Event that Changed the Universe – Who gave you this authority? 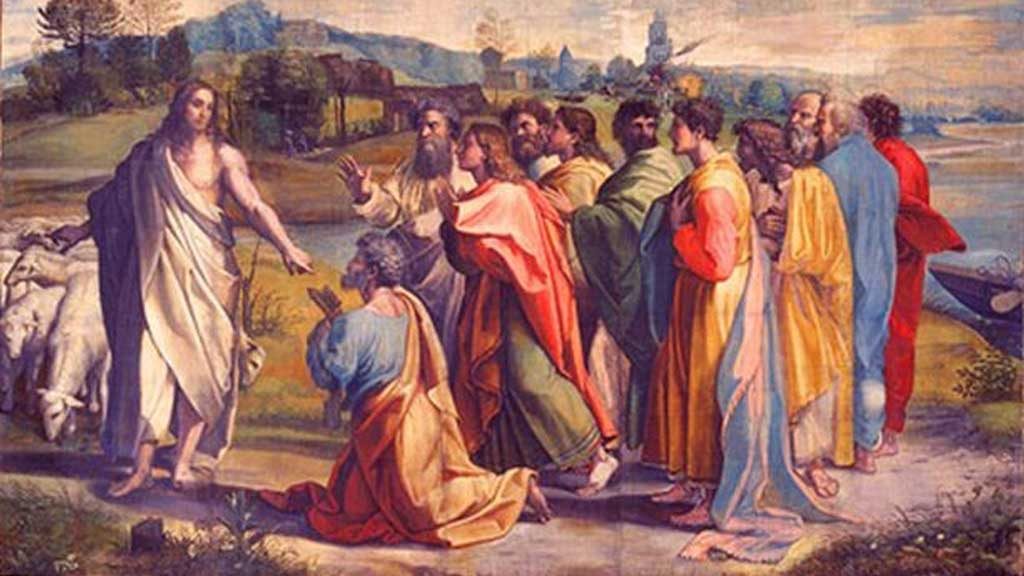 During these days, it was recorded that Jesus would go up to the temple, teach the crowds and heal the sick – and they were cured, instantly.  The atmosphere was exhilarating, even the children would sing out, ‘Hosanna to the son of David’.  Hosanna is not a word that is easy to translate, but it communicates joy, praising He who saves.

This was greatly vexing to the Jewish authorities, as they felt events were slipping out of their grasp.  They worried that there would be an uprising against the Romans, with whom the temple authorities maintained a fragile, but lucrative, understanding.  With some of the crowd showing some impatience with Jesus, who really did want their uprising and who better to lead them to victory that a miracle working holy man if only he would, the temple authorities muster the courage to confront Jesus.  Luke continues his history:

‘One day as Jesus was teaching the people in the temple courts and proclaiming the good news, the chief priests and the teachers of the law, together with the elders, came up to him.  ‘Tell us by what authority you are doing these things,’ they said. ‘Who gave you this authority?’

He replied, ‘I will also ask you a question. Tell me:  John’s baptism – was it from heaven, or of human origin?’

They discussed it among themselves and said, ‘If we say, “From heaven,” he will ask, “Why didn’t you believe him?”   But if we say, “Of human origin,” all the people will stone us, because they are persuaded that John was a prophet.’

So they answered, ‘We don’t know where it was from.’

Jesus said, ‘Neither will I tell you by what authority I am doing these things.’

He went on to tell the people this parable: ‘A man planted a vineyard, rented it to some farmers and went away for a long time.  At harvest time he sent a servant to the tenants so they would give him some of the fruit of the vineyard. But the tenants beat him and sent him away empty-handed.  He sent another servant, but that one also they beat and treated shamefully and sent away empty-handed.  He sent still a third, and they wounded him and threw him out.

‘Then the owner of the vineyard said, “What shall I do? I will send my son, whom I love; perhaps they will respect him.”

‘But when the tenants saw him, they talked the matter over. “This is the heir,” they said. “Let’s kill him, and the inheritance will be ours.”  So, they threw him out of the vineyard and killed him.

‘What then will the owner of the vineyard do to them?  He will come and kill those tenants and give the vineyard to others.’

When the people heard this, they said, ‘God forbid!’

Jesus looked directly at them and asked, ‘Then what is the meaning of that which is written:

‘“The stone the builders rejected has become the cornerstone”?

Everyone who falls on that stone will be broken to pieces; anyone on whom it falls will be crushed.’

The teachers of the law and the chief priests looked for a way to arrest him immediately, because they knew he had spoken this parable against them. But they were afraid of the people.’
[Luke 20:1-19]

We like to sit back, imagine Jesus is talking to the chief priests and the rabbis, only.  But today, every living person (pretty much) has heard of Jesus.  What do we all think to the question: ‘Who gave you this authority?’

There are only a few possibilities:

The chief priests and the teachers of the law knew this deep-down, I think.  And like them, we all know, deep-down, that Jesus authority arises from who He is.  It is just that the consequences of this fact are so far-reaching, we do not like to admit to it.

Jesus then told a parable, which we normally take to be a pointed story about Israel.  We fail to consider, however, that it works just a well as a story about the whole earth.

Like the Jewish religious leaders whose world view of under threat, we too look for a way to have Jesus arrested on a charge that will stick – any charge.  He is not my Lord.  He is not part of my religion.  I deny the existence of God.  Darwin.  The Catholic Church.  I’m affronted by the idea of God.  Whatever the charge is, it appears to put us back in control, back in authority, running the show.

For generation after generation, God patiently waits for those who will come to Jesus and accept Him as their Lord.  But God will not wait for ever, for eventually there is a day of reckoning, when the bad tree of mankind rejecting their Messiah finally yields its bitter fruit.

Tomorrow, Jesus will talk to his disciples about that very thing. God bless you all.