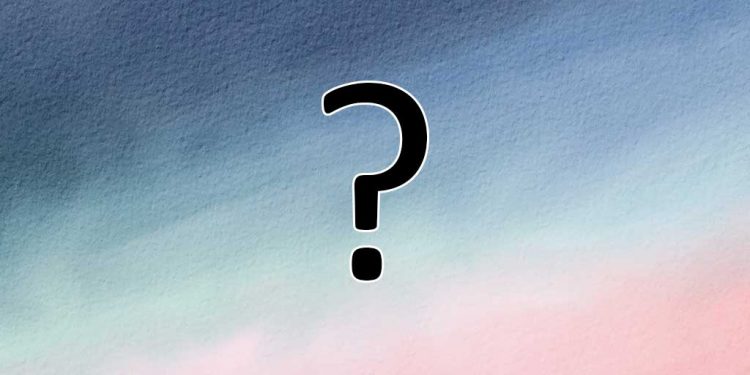 If religion is about anything, it is about providing a coherent, evidence-based answer to this question, an answer that ordinary people can grasp and act upon.

Both the Jewish rabbis and Christian scholars of scripture and church history rely on the Bible: The Hebrew scripture, also known as the Old Testament, and the New Testament.  The reason the Bible is so important is that it documents the revelation that God has made about himself to humanity down the millennia, through his interactions with historical figures and the people they had led.

The first thing we discover about God is that He is the Creator of the universe and everything in it.   There is no other.

While the dispute still rages, the scientific evidence is now pointing clearly towards the universe having had a beginning, being formed suddenly in an instant of time, including time and space themselves, its physical laws and forms of matter and energy being well-defined by set unchanging physical laws from the outset.

The complexity of the mathematics that we need to describe the universe and its laws remain beyond the abilities of mortals to fully understand.  The fine-tuning of the universe, which for some parameters show fine tuning of breath-taking precision, points to both clear intent and powerful ability on the part of the Creator.  The age of the universe points to the agelessness of the Creator, one who is both outside time and yet intervenes within a time-bound creation.

This scientific evidence supports neither a theory of an ageless universe nor one that has come into being through chance.  Any theory that tries to assert chance ends up requiring fine tuning and immense creative power to pre-dispose a universe-making engine to make one in which we can inhabit.

The Covenant Maker and Keeper

The second characteristic of God in His dealings with mankind is that God is a maker and keeper of covenants.  According to the Bible, God has made covenants with either all humanity or specific subsets of humanity through Adam, Noah, Abraham (and his descendants Isaac and Jacob), Moses, Levi, David and Jesus, the Son of God (i.e. ‘the visible image of the invisible God’, as St. Paul the apostle describes Him).  Each one of these divine covenants sets the context for the one following, and so forth, the whole being described by the prophet Isaiah as the Eternal Covenant.

God, unlike man, keeps His covenants, and has never broken any of them.  God describes Himself as ‘not a man so that He should lie’, but tells the truth.  His Covenants are established by God´s promises, and He keeps His promises.  It is this promise-keeping attribute of God that makes God knowable.  We can read what God has described about Himself and what He promises to do, and it is His promise keeping down through human history, often in the face of human opposition, that gives a human being the definitive evidence that God does indeed tell the truth, and so He can be relied upon to keep His word, however astonishing His word may be.

For this reason, the right attitude of a seeker after God is to be truthful with God and trust that God has been and will be truthful with him.  Therefore, the foundational requirement that God looks for in a person first and foremost is trust.

Obedience is required and it will come as person follows in trust, but trust comes first.  It is indeed a strange behaviour when lying untrustworthy human beings to turn around to God and falsely accuse Him of not being truthful.

What is the Eternal Covenant?

It is only when we understand what is the detail of the final covenant that God has made with all humanity, individual by individual, to all who believe and trust in His name, the name of Jesus, the means by which we can know God, that we come to understand what seems to be the most important quality of God.

This Covenant is also called the New Covenant, for it completed and enlarged all the other covenants.  This covenant can be summarised as this: the thing that separates sinful man from a holy sinless God is indeed our sin, or the sum of our moral error, and that rather than suffering the punishment of death for it, God instead offered us eternal life with Him, at the expense of the life of Jesus (God as a mortal man) whose blood was shed as an unblemished and holy sacrifice. Through Christ, God died for the ungodly at the instigation of those who were the heirs of all the previous covenants, and by the hands of troops serving the most powerful empire that existed in the world at that time.

God fully experienced the payment of a terrible personal price, in order that each one of us could receive personally from Him forgiveness for sins and life everlasting, i.e. life that even though we die, yet shall we live.

There is only one motivation that could cause a person, anyone, to give their own lives for others.  As Jesus Himself explained, ‘Greater love has no man than he lay down his life for his friends.’  So, what motivated God is His love.  Since God is changeless, His love still motivates Him and will always motivate Him.  It is that love that we see in Jesus.  It is this love that motivated the Creator to create, for the Covenant Maker and Keeper to make and keep His covenants, and for God the Saviour to bleed out and die in order that the new Covenant could be set forth and put into effect.

If the god you follow does not have that quality of divine self-giving love, then let me politely suggest whoever you follow cannot be the one God.

Many comedians and others have called the Christian religion the greatest con ever perpetrated on humanity.  But for this to be true, they have to show that God is a liar.  The one event in human history that refutes all such cynicism is the resurrection of Jesus from the dead.

As St Paul explained, ‘If Christ has not been raised, we of all men are to be pitied.’

The power, faithfulness and grace of God revealed in the resurrection demonstrates for all time that the cynics are wrong: Jesus is indeed the Lord and Chosen One, our redeemer.  God has put in place the promise of our bodily resurrection for all those who believe in Him and follow Him faithfully, not betraying that faith in Him.

God has revealed something of His character and has invited everyone to be in fellowship with him, speaking together with Him as a friend would speak with His dear friend. Come, God bless you all.