The Parable of the Talents – what does Jesus mean? 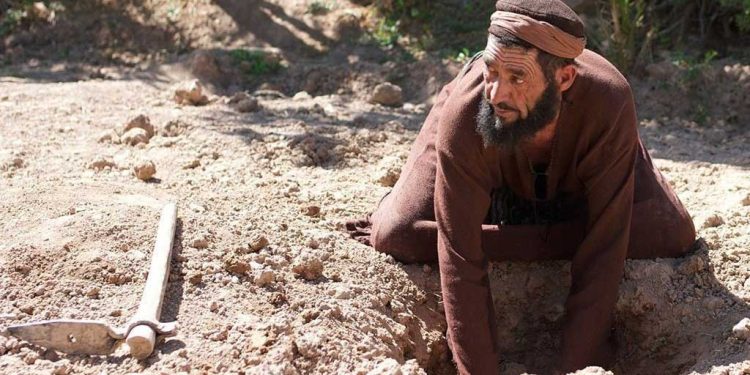 In His last cycle of public teaching using parables, Jesus speaks of the Kingdom of God:

“For it is just like a man, going abroad, who called his own bondservants and gave to them his possessions.  And to one he gave five silver talents, but to another two, and to another one; to each according to his own ability, and immediately went abroad.

Now after a long time, the lord of those bondservants comes back, and settles the account with them.   And he who received the five talents came and brought the other five talents, saying, ‘Lord, you gave to me five talents. Behold, I have gained in addition to them, another five talents.’   But his lord said to him, ‘Well done, good and faithful bondservant. You were over a few things, I will designate you over many things; enter into the joy of your lord.’

Now he who also received the two talents came and said, ‘Lord, you gave to me two talents. Behold, I have gained in addition to them, another two talents.’  His lord said to him, ‘Well done, good and faithful bondservant. You were faithful over a few things, I will designate you over many things; enter into the joy of your lord.’

Now he who also had received the one talent came and said, ‘Lord, I knew you, that you are a hard man, reaping where you did not sow and gathering from where you did not scatter; and I was afraid and went away and hid your talent in the soil. Behold, you have your own.’ But his lord answering, said to him, ‘You evil and lazy bondservant, you knew that I reap where I did not sow and gather from where I did not scatter? Therefore, you ought to have put my silver with the bankers, and at my coming, I might get back my own together with interest.’

‘Therefore, take away the talent from him and give it to him who has the ten talents.  For to everyone who has will be given more, and he will abound, but from him who has not, even what he has will be taken away.’

‘And cast out the useless bondservant into the outer darkness– the weeping and the gnashing of teeth will be there.’”

The word talent is an ancient unit of weight that was used by the Hebrews and before them the Sumerians.  Its weight is 3,000 Shekels, a shekel weighing around 10 grammes.  Therefore, a talent is around 30 kilograms of silver – as much as a man can comfortably carry.  The relationship between the value of labour and the value of silver has changed down the centuries, but in the time of Jesus a labourer could earn annually the equivalent of around 150 shekels of silver.  So, one talent was around 20 years salary.

Consequently, every one of the bondservants was entrusted with a considerable sum of money – even the one who was regarded as having the least ability was entrusted with 20 years wages – no small amount, certainly a lot more cash than most of us have ever seen!

The second key point of understanding is that each of these people were bondservants which, in accordance with Jewish law, meant they had given themselves to their master for their whole lives because they loved him and wanted to serve him to the end of their days.

This comes from Exodus 21:

‘If you buy a Hebrew servant, he is to serve you for six years. But in the seventh year, he shall go free, without paying anything. If he comes alone, he is to go free alone; but if he has a wife when he comes, she is to go with him. If his master gives him a wife and she bears him sons or daughters, the woman and her children shall belong to her master, and only the man shall go free.’

‘But if the servant declares, “I love my master and my wife and children and do not want to go free,” then his master must take him before the judges.  He shall take him to the door or the door-post and pierce his ear with an awl. Then he will be his servant for life.’

This is a bondservant.  (Of course, the man’s wife, if a servant, would also be released in the seventh year).  All three bondservants loved their master, had committed themselves to him and, since they were also their master’s neighbours, he was also required by the Law to love them.  The relationship between them, despite being tied, was one of love.  It is this relationship that St Paul, St James, St Peter and St Jude all refer to when they describe themselves as ‘bondservants of Christ’ (Romans 1:1, James 1:1, St Peter 1:1 and Jude 1:1).  This relationship had become a key part of their identity.

When someone makes an investment, what they are looking for is a percentage return – that is more important than the absolute return.  By the entrepreneurialism of two of the bondservants, the master made 100% return from each of them.  The problem came when apparently the least able bondservant handed back his princely sum with no return apart from some soil stains!

The key question is why.  Was it because he was the least able?  The answer has to be no.  As the master put it, ‘you ought to have put my silver with the bankers’.  In other words, even if you did not feel able to invest it successfully yourself, you could at least have opened an account with the bankers and let them put the cash to work.  His ability was not the problem.  So, what was?

The bondservant tells us his problem: ‘I was afraid’.  That tells us something very important about his relationship with his master – he saw him as ‘a hard man’ and not as the master who loved him.  Because of that, he did not really love him, because he could not believe God loved him.

I know many people whose relationship with God has gone wrong because they believe Jesus doesn’t love them.  They think that God just grudgingly tolerates them, and so they are afraid of him.  They cannot get past God the Judge (a necessity if God is to be righteous) and get to God the Saviour (which is what God wants for all of us – salvation!)

This bondservant’s motivation was not love, it was fear, and the result was he not only distrusted himself to do anything with what he had been entrusted, he did not even let anyone else do it either.

The one thing Jesus has given everyone is His love – voluntarily dying on that cross demonstrates that.  Because of that love, everyone who believes in Jesus receives forgiveness for sins and life everlasting.  The return Jesus is looking for is the same quality of devotion and forgiveness in us towards others.  We may not have much ability, but whatever we have, we can use it.

I have a friend of mine who, after her marriage fell apart, lost her way, rather like the Prodigal Son.  But through experiencing the love of a Christian, regained her childhood faith, beat alcoholism and follows Christ by caring for her aging mother and other elderly people with dementia.  Her bubbly personality is the talent she shares.  She struggles to read the Bible, finds church intimidating and has no interest in theology, but this lady is on her way, serving the Lord she loves by loving and serving those who can never repay her.

Never think you have nothing to contribute.  We all have.

Do not be afraid.  Just dare to love.  Know you are loved. God bless you,

The Cross and the Sword

How and Why Muslims Delude Themselves about Islam