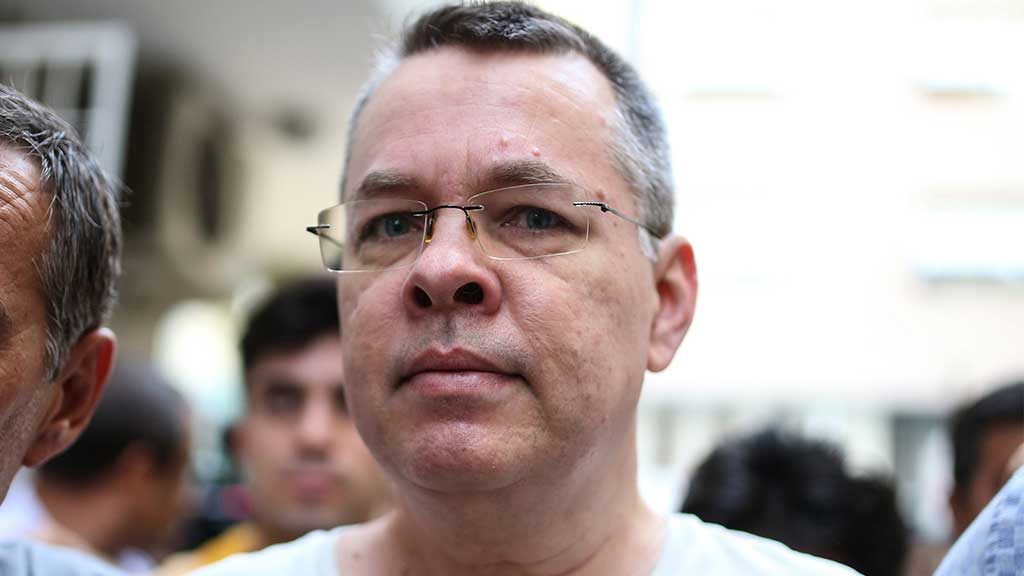 JERUSALEM, Israel – As the Turkish military pushes deeper into northeast Syria forcing thousands to flee for their lives, US Pastor Andrew Brunson is revealing a chilling prophetic dream he had while he was falsely imprisoned in Turkey for two years.

“The dream has happened,” he told Fox News. “My goal is about declaring who Jesus is and not getting involved in politics, but this is the dream God gave me, and I think it’s relevant to what’s happening now.”

While sitting in a Turkish prison cell in December 2016, Brunson said he dreamt of an evil pact brewing in the Middle East.

“In the dream, Turkey, Iran, and Russia began to move together in a very dark alliance,” he explained.

Brunson woke up from the dream drenched in sweat and barely able to speak. At the time, Turkey and Iran had been enemies for years so he knew something drastic was about to happen.

Several days after Brunson had his dream, a Turkish police officer assassinated the Russian ambassador to Turkey Andrei Karlov while he was speaking in Ankara. But instead of sparking hostility between Russia and Turkey, Brunson said it seemed to bring the two countries together. He believes the alliance has been growing stronger ever since.

When Brunson shared his dream with the American consul and a high State Department official they dismissed his concerns.

“That’s impossible because it’s in Turkey’s interest to be aligned with the West,” he says the State Department official told him.  Brunson replied, “Well, that may be true and this is what God showed me and what can I say?”

Now, with Erdogan’s brutal invasion of northeast Syria, deliberate targeting of civilian areas, and vow to wipe out the Kurds, Brunson believes his dream is more relevant than ever before.

“The dream has happened,” he said. “Turkey is moving away from its Western alliances and moving in the opposite direction.”

“We are deeply concerned about this… Obviously we want peace in the region,” he said.

While it is easy to fall into despair, Brunson believes God also told him something else — there will be a spiritual revival in Turkey.

“I believe my imprisonment was prepping for harvest with all this prayer coming,” he said. “Our desire is that there will be a great move of God, and we believe it is coming. I also think the difficulties in the country right now will lead many to question things they’ve never questioned and many will begin to turn to Jesus.”