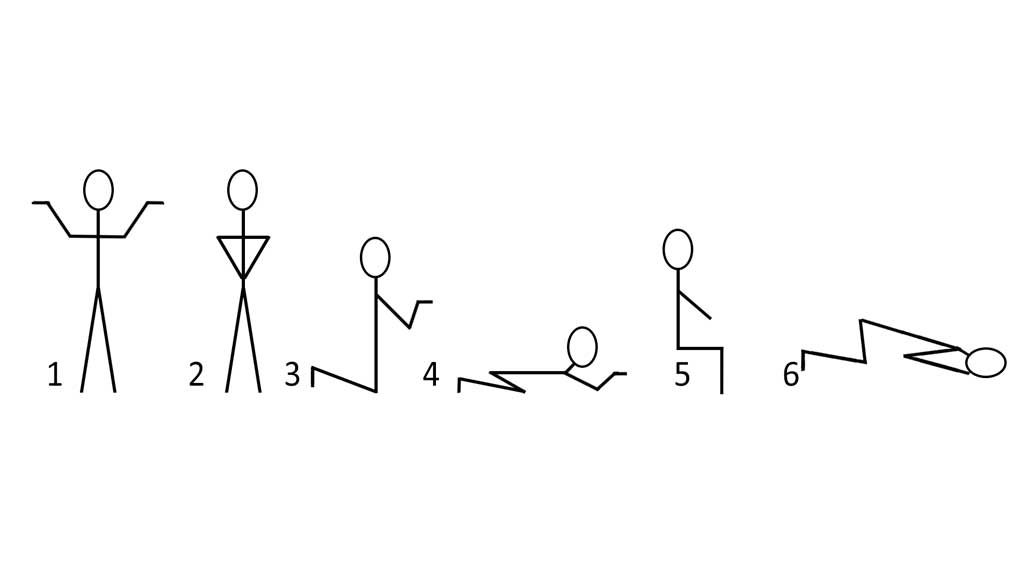 Almost all human beings pray. Some do it out of desperation, some out of devotion, others out of duty and others from coercion. So what do the Christian scriptures teach us about prayer?

Jesus disciples asked Jesus to teach them to pray. They were well schooled in Jewish prayer, but they understood that with the revelation of Christ, a different approach was required.

This is what He taught them to pray:

“Our Father who is in the heavens, let your name be sanctified.
Let your kingdom come.
Let your will happen as in heaven, also upon the earth.
Give us today our needful bread.
And forgive us our debts, as we also forgive our debtors.
And do not bring us into temptation, but rescue us from the evil one,
Because yours is the kingdom and the power and the glory, forever. Amen.” (Matthew 6:9-13 MLV)

He also said: “And whenever you pray, do not be just-like the hypocrites, because they love to pray, standing in the synagogues and in the squares, that they may appear devout to men. Assuredly I say to you, that they are having their reward. But you, whenever you pray, enter into your storeroom, and locking your door, pray to your Father who is in secret, and your Father who sees in secret will repay you openly. And in praying, do not be repetitious just like the Gentile; for they think that they will be heard in their many words. Therefore, do not be similar to them, for your Father knows what things you have need of before you ask him.”

“For if you forgive men their trespasses, your heavenly Father will also forgive you. But if you do not forgive men their trespasses, neither will your Father forgive your trespasses. Now whenever you fast, do not become just like the hypocrites, with a gloomy face; for they disfigure their faces that they may appear to men to be fasting. Assuredly I say to you, they are having their reward. But as for you, when you are fasting, anoint your head and wash your face that you do not appear to be fasting to men, but to your Father who is in secret, and your Father who sees in secret will repay you.” ’ (Matthew 6: 5-8, 14-18 MLV)

Prayer is clearly not an activity for socialites, to be well-thought of by others. In prayer, the only person whose opinion is of value is God’s.

In the New Testament, people pray to the Father and the pray to the Son, that is Jesus Christ. They do not pray to the Holy Spirit, for His role is to assist the person in their prayers; He comes alongside.

There are different physical attitudes Christians adopt in prayer, and these reflect the different moods that are appropriate to the prayers.[1]

Standing:  Eyes open, looking up.  Hands uplifted with the palms up.

By praying this way, the worshipper acknowledges God as external and transcendent. This posture is for thanksgiving, praises, blessings, benedictions, and general prayers. This is also a typical stance in Jewish prayer and can be seen in the Psalms.

Standing:  Looking down with eyes averted or closed. Hands clasped at the waist.

This is the traditional posture of a shackled prisoner of war who is brought before the conquering king. The hands are clasped at the waist as if they were shackled in chains. The eyes are averted—in ancient times, looking directly at one’s captor was insolent and a good way to get killed on the spot! This posture is for submissive petitions or for intercessory or penitential prayer, as we see in Luke 18:10-13.

Kneeling: Eyes open, looking up Hands uplifted with the palms up or looking down with eyes averted or closed. Hands folded.

Prostrate:  Lying on one’s belly. Looking down with eyes averted or closed

Sitting: Looking down with eyes averted or closed. Hands folded.

As a result of greater focus on education in for many western churches with pews in the churches, sitting has become the normal posture for prayer. In 2 Samuel 7:18, David sat to pray. However, sitting for prayer was not prevalent until after the invention of pews.

What is never found in Christian prayer is the posture of Islamic prayer. This posture comes from ancient times when a conquered people brought tribute before the ruler who had conquered them.  One may see these postures on Egyptian, Assyrian and Babylonian stele recording the conquests of the kings and the tribute of their conquered vassal provinces. This physical attitude speaks of the fact that they have been conquered and defeated and they know it. God in His holiness does not conquer us, He calls and invites us, He commands us but as one whose loyalty He expects as His rightful due, not as one who has subdued the peoples’ power to resist him and whose will He has broken.

Given the state of the world and its moral decay, it seems to me, and I am saying this as a dyed-in-the-wool protestant, that kneeling prayer with arms up and palms up is the most appropriate posture that should sum up the tenor of our prayers. Repentance for our owns sins, for the sins of our churches and the sins of the world, and seeking to make reparation where we can, seems entirely right and, interestingly, is identical to the message of the angels in their visitation to Catholic Portugal to the ‘Little Shepherds’, whose message has stood the test of time.[2]

However, in reality prayer is not a primarily a matter of your seating position, it is a matter of being real and honest with the Lord and with yourself, but at the same time becoming someone who is willing to live in a relationship with Him where the guiding principle is, “Not my will, but let yours happen.” (Luke 22:42 MLV) The person who fully takes themselves off the throne of their own selves and willingly permits Christ to reign over them, without arguing or contradicting Him is in the relationship that Christ had with His Heavenly Father and, to a very great extent (with apologies to my Catholic brothers, but that is as far as I can go) so it was with Mary Jesus’ mother toward God.  Many Christians believe, but it seems few come to a place of complete submission. My experience is that even when I have genuinely prayed that prayer, to be fully submitted to Christ, I still end up having arguments preferring what I want. How does that work out for me?  Never well. Jesus said: “The clean in heart are blessed[3], because they will see God.”(Matthew 5:8 MLV).

I now want to turn to the matter of forgiveness that Jesus spoke of. Forgiveness is a big word, and in reality one can discern three different responses that come under the umbrella of forgiveness: Exoneration, Forbearance and Release.[4]

Exoneration is wiping the slate clean and restoring the relationship to the innocence it once had.  Exoneration applies to no-fault accidents, the mistakes of children who could not know what they were doing, and mature people who knew what they were doing, are truly sorry, take full responsibility and ask forgiveness without any self-justification and take steps to not knowingly repeat the offence.

Forbearance is for those whose apology is partial, who mix it with blame of others, and who will probably do it again. If the relationship matters, then we forbear them, but we keep out guard and do not trust ourselves fully to them, or we ‘trust but verify.’

Release is what we end up having to do with those who have cruelly hurt, defrauded, betrayed or abused us and who have made no serious admission of wrongdoing.  In such cases it is impossible to continue the relationship, but in order to not have their injury continuing to oppress us in our own minds, we need to release them and entrust them to the God of justice, and possibly the Courts of Justice!

Exoneration, Forbearance and Release are all types of forgiveness, but which one is appropriate depends on the other party. The overarching principle is that the way we treat others is the way God treats us. So, we need to forgive in whatever way the other person’s response allows.  Exonerate, forbear or release we must, if our inner life is not to be forever burdened by a desire for vengeance or judgment at our own hand.

‘You husbands, likewise, dwell together with your wives according to the knowledge, bestowing honour to the wife, as the weaker vessel, as also being joint heirs of the grace of life; that your prayers may not be hindered.’ (1 Peter 3:7 MLV).

Our prayers can be hindered if our closest relationships are not right. Christ has taught us how to live in right relationships with people (See, for example, the Sermon on the Mount, Matthew 5-8) and that extends to our family members. We must apply that knowledge to how we dwell with those closest to us.

Jesus also encouraged us to pray ‘deliver us from evil’. We can easily turn this into ‘deliver me from evil’ but Jesus challenges us to consider others as well as ourselves. St. Paul reflects this when he teaches us:

‘Therefore, if there is any encouragement in Christ, if any consolation of love, if any fellowship of the Spirit, if any affections and mercies, fulfil my joy, which is that you may be mindful of the same thing, having the same love, fellowship in spirit, being mindful of the one thing (nothing according to selfish ambition or through empty conceit, but in humility): deeming one another superior to yourselves; each of you, do not note the things of yourselves, but also each of you, note the things of others. For let this mind-set be in you, which was also in Christ Jesus:  who, existing in the form of God, did not deem the being equal with God a seizure, but emptied himself, having taken the form of a bondservant, having become in the likeness of men; and having been found in fashion as a man, he humbled himself, having become obedient as far as death, even the death of the cross. Hence, God also highly exalted him, and granted to him the name which is above every name; that every knee should bow in the name of Jesus, all in heavenly places and in earthly and in the subterranean, and that every tongue should confess that Jesus Christ is Lord, to the glory of God the Father. So-then my beloved, just-as you have always obeyed, not only as in my presence, but now much more in my absence, work out your own salvation with fear and trembling.’ Philippians 2: 1-12.

[1] I am grateful to Ken Collins for this insight.   www.kencollins.com

[3] MLV says ‘fortunate’ but this word choice is alien to the Jewish mind, though not the Greek.  ‘Blessed’ is surely the  right word here.

[4] See https://www.youtube.com/watch?v=6xsVM_gd0Tc for a very clear short talk on this