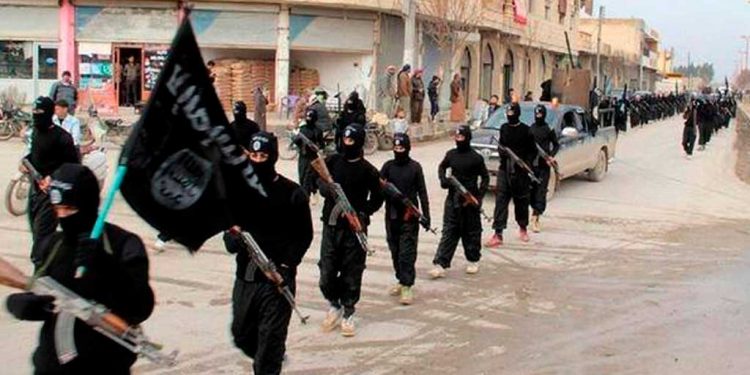 The Islamic State continues with its threats against what it perceives as the Christian West, though I wish the West were a lot more Christian, not less.

But it seems to me that Muslims around the world are also being challenged by ISIS and many similar groups equally dedicated to violence. New names for new groups seem to spring up every month, each trying to out-compete each other in brutality in the name of Allah.

So I thought it would be worth reflecting on what is really going on here, in order to clarify the choice that is facing everyone in the world, whether Muslim, Christian, Jew or other.

ISIS is not the first violent Islamic force to form, and it won’t be the last. We are now at a point in history when each subsequent force will seek to be more brutal and more conquering than the last, the objective being, of course, to have Islam and its Sharia Law dominant in every land, every city, town, village and field. All competition, so the narrative goes, must be extinguished, especially the Jews and the Christians, for Christianity and Judaism, the Biblical movements, must be wiped out.  The more efficiently brutal and terrifying the Islamic force is, the quicker and more certain will the goal be reached. Or so they think.

Many Muslims want to see Sharia Law implemented in full in their countries, for they believe that once that happens there will be peace. But will there? If we look around at those countries that have sought to implement Sharia as perfectly as possible, one sees more bloodshed, misery and mayhem, not less. This seems to be because no one can fully agree what Sharia Law is, and so, being dualistic, i.e. one rule for ‘us’ and another for ‘you’, people contest and fight with each other, each fuelled by a different vision of what the future holds. This contesting and conflict shows no sign of slowing down, rather the opposite. One Muslim appeals for calm on the basis of humanity, another murders him on the basis he was insufficiently Islamic.

So, while Christians and others are being slaughtered, harried and tortured, their demise will not signal an end to conflict, it will in fact signal a new more intense phase of conflict. Once Afghanistan destroyed its last church, within 24 hours of the King signed this decree into law, he was deposed and had to flee for his life, and that country has not witnessed a day of peace since.

So, what to do? It seems there is another way. Most Muslims I know are deeply devoted to Allah, believing that Allah is God. With that devotion comes a real sense that if Allah reigns supreme, then peace will come. That is true, logically, if Allah desires peace, that he is the ‘Prince of Peace’.

In fact, that title is one that was given to Jesus:

‘For a Child hath been born to us, A Son hath been given to us, And the princely power is on his shoulder, And He doth call his name Wonderful, Counsellor, Mighty  God, Father of Eternity, Prince of Peace.’ Isaiah 9:6, written around 750 years before Christ.

It is probably how we all like to think of God, but that character is seen in Christ, whom the Bible describes as the ‘visible image of the invisible God’. As is written:

‘He [God] rescued us out of the authority of darkness and transplanted us into the kingdom of the Son of His love; in whom we have our redemption, the forgiveness of our sins, who is the image of the invisible God, the firstborn of all creation; because all things were created by Him, the things in the heavens and the things upon the earth, the visible and invisible. Whether thrones or lordships or principalities or authorities, all things have been created through him and for Him. And He is before all things and all things are established in Him.’ (Colossians 1:13-17).

I believe that what many, perhaps, most, Muslims are seeking is to be found in Christ. If our concept of God is based on Christ, then we understand God as the ruler of Peace. If not, then, well, I think we can see with our own eyes what ISIS thinks that Allah is: a god who requires warfare unto the end.

Where will it end? Well, the ISIS style of thought is to apply extreme brutality and killing to achieve its goals of subjugation of what is sees is its enemy (Christians and Jews). If it cannot achieve that (and there is little sign that it can) then in the end I think ISIS or its offshoots would prefer to destroy the whole world, including themselves, rendering every square metre dead and lifeless, than see Christians and Jews endure. And that scenario is uncomfortably like the one the Bible prophecies will happen if Jesus does not come again to take up His rule as the King of Kings on this earth, for a time.  For as Jesus taught:

‘There shall be then great tribulation, such as was not from the beginning of the world till now, no, nor may be. And if those days were not shortened, no flesh would have been saved; but because of the chosen, shall those days be shortened.’ (Matthew 24: 21-22)

So, if you, like many, are in what Scripture describes as the valley of decision, choose the path that leads to life.