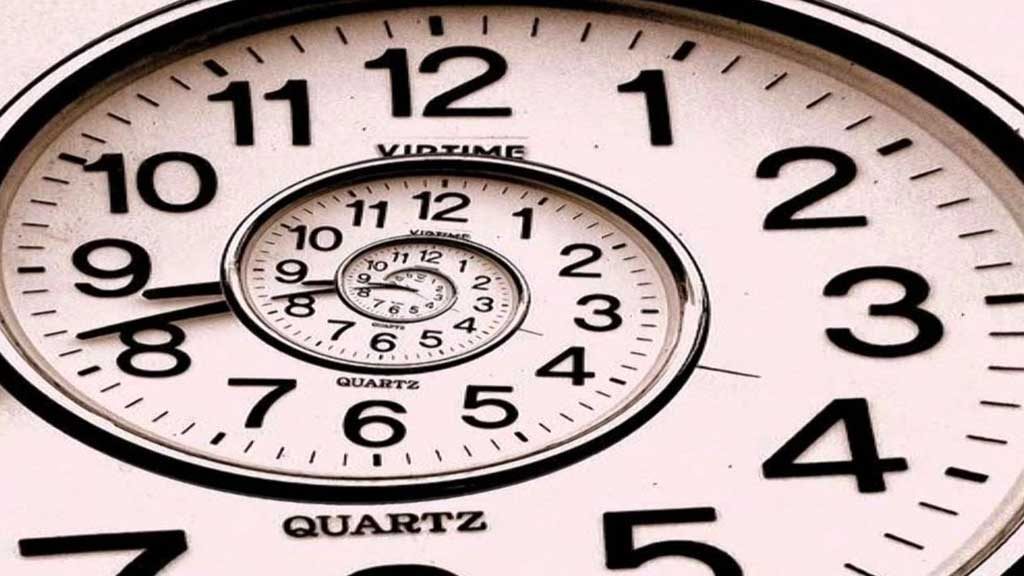 Let me start with a health warning – understanding our position within Biblical prophecy can be very difficult, not because of the inaccuracy of scripture, but because of the very strong bias that we all have to favour our own prior beliefs and a tendency to only look at the big issues of our particular time in history.  This closes us off to considering realistically and in-depth other opinions and arguments, or even an as-yet undiscovered future that will be the actual fulfilment of the prophecy.

That being said, I believe that a well-read student of both history and the Scriptures can find with some precision where we are now, and therefore have some indication of what is coming next, mainly because of where we are now in history, which is near the end of the collapse of our global civilisation (an opinion shared by many scientists).

In the Book of Revelation, Christ has revealed three major 7-figured ‘clocks’ that count down to His return to the Earth.  These are to be found in chapters 6, 8-11 and 16 and are called 7 seals, 7 trumpets and 7 woes.

As space is limited, I will invite the reader to read the passages for themselves and, instead, move on to what I understand to be their fulfilments in history.

In the seven seals, the image is of a two-sided scroll being unwound with each epoch merging into the next as each of the seven seals are broken.  The images the text describe fit with these historical periods of the Church: growth of the church in the Roman Empire and beyond, the rise of nations and an enormous increase in their ability to make war, the rise of finance globally and its impact on the poorest, the scourge of war across a quarter of the earth and its results – malnutrition, disease and depopulation, the rise of persecution reaching a global extent, the final collapse cause by an act of God, and the seventh seal the silence of a destroyed earth waiting for its King.

The seven trumpets deal with seven great conflicts, trumpets sounding out the call to war in ancient Israel.  These conflicts are described as hail, blood and fire, a third of the ships being sunk and fish killed by a third becoming like blood, a star falling to earth called Wormwood and making bitter waters so that many die.  Then (No 4) a third of the light from sun, moon and starts is struck over a third of the earth.

Let’s reflect at where we are. Europe and the world has seen the expansion of the Church, the rise of nations, and the rise of the power of finance driven by the industrial revolution and the power of capital when driven forward by technology, putting the work of human hands at a disadvantage where capital cannot be used to amplify its impact.

We have in the 20th century seen massive destructive wars and the world lives with dozens of on-going minor ones, with local malnutrition, out of control disease and fleeing populations the result.   All these forces continue to be at work, growing in power.

What we are also seeing in greater measure now is the rise of violent persecution in many nations, a trend that we expect to continue growing as ideologies compete for power using oppression as their weapon of choice.  Only Christianity refuses such methods, so principally Christianity is the target of them all: Islam, Communism and Hinduism being the principle culprits.

So, on the first clockface, the 7 seals, we can with some confidence indicate that we are well through 1, 2, 3 and are now into 4 and 5.  Time, as you would expect from the scroll image, is speeding up.

The First World War created death on an industrial scale with blood being shed by bullets and shrapnel (hail) powered by explosives (fire).

The second World War was larger, but the principle strategic arena of that war was the battles for the major oceans.  During the war, around one third of the stock of ships were sunk.  The same industrialisation that had led up to that war has also created polluted coastal fisheries and an over-fished ocean, and has affected coastal fish populations in every major fishery, some of those populations, like the cod of the Grand Banks in the Atlantic, lost forever.

The cold war was marked by nuclear testing of ever-increasing powerful weapons, following the two small atomic bombs dropped on Japan.  However, it was the nuclear accident at Chernobyl that released more fallout into the environment than all the previous bombs put together.  The long lived radiocaesium (which behaves in the environment like potassium) and the harder to measure but much more deadlyradiostrontium (which behaves in the environment like calcium) continues to claim the lives of people, and will do so for several centuries to come.  The Russian Chernobyl means in English Wormwood, a plant, the same plant species referred to in the prophecy of the Third Trumpet.

China has industrialised with great speed and to a great extent and has become the ‘workshop of the world’.  It has done so as necessity of grand strategy in order to challenge the power of the USA.Fuelled largely by coal, its industries have been extraordinarily polluting, such that in Shanghai its residents rarely see the sun, the moon or the stars. Across east and south Asia, scientists have recorded on average a 15% drop in sunlight reaching the surface of the earth.  What is less well known is that for every 1% drop in diffuse sunlight through the effect of fog, haze or pollution, there is a 2% drop in the direct, or specular, sunlight coming directly from the point sources of light in the sky: the sun, the moon and the stars.  So, we may say then that over a third of the world’s population has seen a third of the sunlight, moonlight and starlight struck off, exactly as the scriptures foretold.  China’s coal production peaked in 2015, so it seems we are currently living in the time of fulfilment of the prophetic fourth trumpet.

Taken together, these four trumpets and their historical fulfilments lead me to conclude that we can say now with some certainty we are living in the says of the fulfilment of this prophetic timeclock.

What should be sobering to any of us is that the last three trumpets are described in terms of three woes (woe, woe, woe) that are coming upon the earth.

So, to summarise, we appear to be in the time of seals 4 and 5 and in the time of trumpet 4 in God’s prophetic timeclocks, and the world is about to get a whole lot more dangerous and challenging.

And how do we face this?  We face it like those who know that whatever the world may throw at us, we should first of all fear God, and then rejoice in the realisation that He has offered us an eternal salvation through Jesus Christ our Lord.  If we keep our perspective large enough to include heaven, we will not fail Him.

But, let’s be getting ready for what’s coming next. The Lord bless you and keep you,