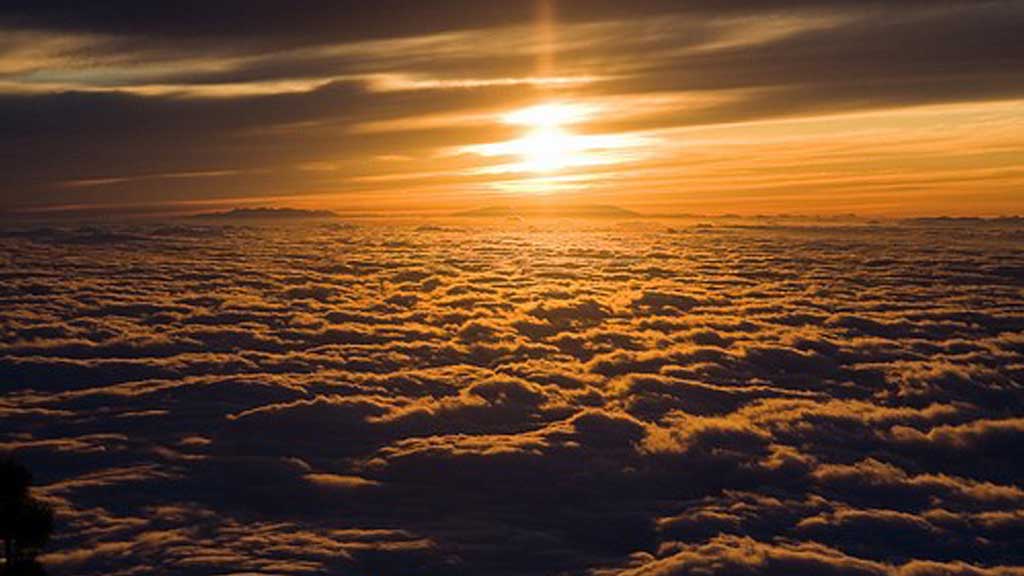 The noise of the earth seems to have slowed down as the COVID-19 or Coronavirus epidemic has taken hold across many nations.  In this pestilence of Biblical proportions, it is worth considering how the Church of Christ should prepare for the future and best navigate these troubled waters and dark times until the promised time when Christ appears in glory – for that is what the Scriptures clearly promise.

This article is a continuation of series we published a little while ago.  In that article I summarised some Biblical teaching that informs us in general terms how we as Christians, acting together, can face what is coming, and I interpreted some prophetic passages, as best I can, to give some clear events that we can expect to infold in this coming century and beyond.

In this article I want to deal with these three questions:

These questions are reflected in this prophetic passage of scripture, which comes from Revelation, chapter 14:6-13:

‘Then I saw another angel flying in mid-heaven, with an eternal gospel to proclaim to those who live on the earth—to every nation and tribe and language and people.  He said in a loud voice, ‘Fear God and give him glory, for the hour of his judgement has come; and worship him who made heaven and earth, the sea and the springs of water.’

Then another angel, a second, followed, saying, ‘Fallen, fallen is Babylon the great! She has made all nations drink of the wine of the wrath of her fornication.’

Here is a call for the endurance of the saints, those who keep the commandments of God and hold fast to the faith of Jesus.

And I heard a voice from heaven saying, ‘Write this: Blessed are the dead who from now on die in the Lord.’ ‘Yes,’ says the Spirit, ‘they will rest from their labours, for their deeds follow them.’

How should the Church respond to the need of the world for the Gospel?

In the passage, we read that the message is ‘Fear God and give him glory, for the hour of his judgement has come; and worship him who made heaven and earth, the sea and the springs of water.’

The reason this is a relevant message is that mankind in the main does not fear God.  There are three reasons for this: either we do not believe God exists, or, we believe that God will not intervene on the earth in anyway, or that God is so fundamentally ‘nice’ that he will never bring any judgment or punishment to the earth.  Let us examine each of these viewpoints in turn.

The atheist understanding of how the Creation came to be is blind chance.  According to this story, we are not here by anything other than chance processes, and therefore nothing and nobody in history is of any significance.  There are a number of pieces of evidence in conflict with this story.  The finite age of the universe, 13.7-13.8 billion years (depending on which scientific experimental result you take), means the universe had a beginning.  Given the fine tuning evident in the universe at all scales, the universe looks like it was designed to ensure we could exist; in other words, the universe looks intended, created for a purpose.  Given that, then behind the universe lives a Great Purposer, a Great Intender. The Great One has demonstrated unfathomable intelligence, awesome communication power (at the moment of creation, tremendously rich information was created, i.e. the laws of the universe as well as the first energy) and awesome selective power (to select the parameters that will result in the Purpose being achieved).  The atheist position no longer holds credibility – the results of modern science alone exclude that possibility.

If God made the Universe, does He now ignore it?  Or, do we have evidence that God has intervened in its development?  The Bible is the record of God’s involvement, as the Book of Hebrews asserts:

‘Long ago God spoke to our ancestors in many and various ways by the prophets, but in these last days he has spoken to us by a Son, whom he appointed heir of all things, through whom he also created the worlds.’ [Hebrews 1:1-2.]

The whole book is the story of God’s intervention in history.  We live with the impact of this history: Israel and the Church.  These two institutions are both at the nexus of present-day affairs.  Through the prophets and the Son, God has communicated Himself, His Law and His plans.  Ignorance of these or indeed opposition to these in no way makes them go away.   God has communicated principally through seven covenants, each one being enfolded into the next, forming the whole Eternal Covenant.   These covenants place a universal obligation on God, but also a universal obligation on man.

Pre-Christian societies, such as the Mayans, had a dim perception of God, but without His revelation that understanding had become hopelessly distorted.  A surviving Mayan poem speaks of their god being the Demented Creator – the very opposite of the purposeful rational knowable God of both nature and Scripture.  In order to understand God, even a little, we need to listen to what He says about Himself.  Israel knew God as the One who had saved them from slavery in Egypt, who had rescued them with ‘your mighty hand, and your outstretched arm’ [1 Kings 8:42].  Christians know God also as the One who had come and chosen to die on the Cross to take away their sins.

So, is God simply too nice ever to punish mankind for its sins, at least in this life?  People have the perception that Jesus was all about people being nice to each other, and only about that.  If so, who said this?

‘Thus you testify against yourselves that you are descendants of those who murdered the prophets.  Fill up, then, the measure of your ancestors.  You snakes, you brood of vipers! How can you escape being sentenced to hell?  Therefore I send you prophets, sages, and scribes, some of whom you will kill and crucify, and some you will flog in your synagogues and pursue from town to town,  so that upon you may come all the righteous blood shed on earth, from the blood of righteous Abel to the blood of Zechariah son of Barachiah, whom you murdered between the sanctuary and the altar. Truly I tell you, all this will come upon this generation.’ [Matthew 23: 31-36]

In AD 70, 37 years after Jesus uttered these words, Jerusalem was destroyed by the Romans.  It was an utter destruction.  Jesus also prophesied that of the Temple not one stone would lay on another.   That is what happened.  The notion that because Jesus is good, therefore nothing bad will happen requires an ignorance of Scripture.  God punishing sin is the norm – it is what we should expect a righteous God to do.  The real issue is why should God delay?   In the words of St Peter, the fisherman who became the leader of the early church:

‘The Lord is not slow about his promise, as some think of slowness, but is patient with you not wanting any to perish, but all to come to repentance’ [2 Peter 3:9].

But, eventually, there will be a reckoning:

‘But the day of the Lord will come like a thief, and then the heavens will pass away with a loud noise, and the elements will be dissolved with fire, and the earth and everything that is done on it will be disclosed.’
[ 2 Peter 3:10]

And that is why we need to fear the Lord.  The Gospel is preached in the context of coming judgement, not as a replacement to it.  That is the Gospel the Church must preach.

Those church ‘leaders’ who change the Word of God to fit in with modern mores bring disgrace to the name of God, are blaspheming His name and bring themselves into eternal condemnation.  They also ignore the reality that the Law of God was given so that mankind could live by it (Ezekiel 20).  Embracing laws that mankind cannot live by is to do a grave disservice to the communities they purport to serve.

I will deal with the two other strategic priorities of the Church in the later articles in this series.

The Lord bless you all, God bless,