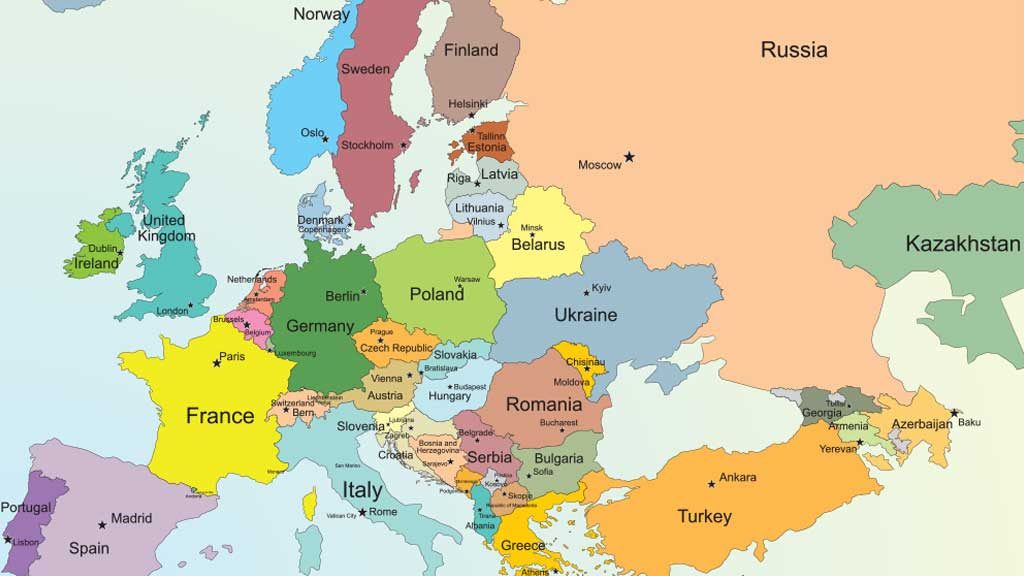 Next month the United Nations, that international body long dominated by the Organisation of the Islamic Conference, will vote on a measure to make migration a human right.  It is sure to pass.

It sounds a good thing, until you realise that Islamic strategists have long been following a plan to Islamise the West primarily through migration (hijra) and high fertility (lots of children, multiple wives, chain migration).

If successful, Islam would gain democratic control of the military power of the West: heavy weapons, aircraft, naval forces and above all nuclear weapons.  This would leave Russia and China as the only two military powers able (in theory) to confront Islam.

Even if Islam were to then squander those heavy weapons and air-power in attempts to suppress internal resistance to their new-found power, they would still possess hundreds of millions of young men to serve as infantry – many newly indoctrinated into Islam – as well as the capability of nuclear weapons.

While Islam’s hatred of Western achievements would no doubt spill over into making the West’s cities unliveable for any non-Muslims, or any Muslims of the ‘wrong’ type (Shia or Sunni, for example) this residual power of the West could still be used to then confront the other Biblical people, the Jews, in Israel.

This is the scenario and the pieces are moving on the board.  This is also what the Bible prophesies in the Book of Revelation, if one understands that the Beast of Revelation is Islam, and Babylon-the-Great is the West that has abandoned Christianity for licentiousness and hatred of God and His people.  The road to Armageddon is now clearly visible.

For the Christians, our marching orders are clear: ‘Come out of Her, my people’ – i.e. come out of Babylon-the-Great.  Does this mean leave the borders of the Western nations?  I doubt it.  That leaves the alternative – which is to set up a patchwork of communities of resistance within the old borders, divided in territory but united in love of Christ and each other.  Such communities may be first excluded from the polity* and then the economy, but in fact they will be the vanguard of the new sustainable and eternal Kingdom once Christ returns – the ultimate ‘green’ economy!

Nations are defined by 4 things: a land, a people, a language and an overarching narrative of meaning.  For Christian nations (not that there appears to be many of those left), that means the Bible.

This UN migration initiative is a direct challenge to the idea of nationhood.  If there is no border, there is no definition of the land.  If you mix all the people sufficiently, who are they collectively? If there is no common language, then ideas cannot be readily communicated among them all. And if there are competing narratives (religions) then there can be no other sense of a common identity, destiny or statehood. You end up with a landless, divided, incoherent, mess – the War of All against All.  This is what the nations at the UN will be voting for.

Of course, the nation’s voting for this resolution know that only the West takes the UN seriously.  Most of the nations voting for this ‘human right’ have absolutely no intention of permitting such a self-annihilating principle to come about in practice in their own countries, but those same nations will be loudly demanding that the NATO countries in particular take it very seriously.

But I hear you cry, we must be kind to migrants. Yes, we must, according to Scripture, but as is often the case, Scripture takes a balanced approach.  It also places duties for migrants: ‘But you must keep my decrees and my laws. The native-born and the foreigners residing among you. . .’ [Leviticus 18:26, NIV] and ‘But anyone who sins defiantly, whether native-born or foreigner, utters blasphemy against the Lord and must be cut off from the people . . .’ [Numbers 15:30, NIV].  So, these laws would penalise Muslim foreigners from, for example, following Sharia law, raping and murdering their neighbours, or uttering the Islamic call to prayer, a blasphemy against the true God.  Yes, we are called to love our foreign neighbours, but our foreign, Muslim neighbours are also required to love us.

What no nation can long sustain is a situation where there are no duties laid upon one group of foreigners, while all the duties are laid upon the home people.  That is what is profoundly missing in this whole debate about migration.  Is it any wonder then that some good people genuinely have misgivings about the hijra?  Shouting them down with accusations of being racists, islamophobes and bigots appears to be a device to prevent any proper consideration of what is really intended by the migrants.

According to Scripture, the strategic intention is clear: ‘to wage war against God’s holy people and to conquer them.’ [Revelation 13:7].

* ‘Excluded from the polity’:

In the UK Parliament recently the Labour MP Andrew Gwynne, the Shadow Communities Secretary demanded the removal from a government-appointed post Sir Roger Scruton, a distinguished philosopher, declaring: ‘Nobody holding those views has a place in modern democracy!”

Sir Roger’s views, to which Mr Gwynne was referring, include:

“It is the long centuries of Christian dominance in Europe which laid the foundations of national loyalty, as a loyalty above those of faith and family, and on which a secular jurisdiction and an order of citizenship can be founded.”  By contrast, he said, “countries where Islam was the dominant faith were often a failure even if, like Pakistan, they functioned as a state.”

And: “Every now and then we wake up to the fact that, although homosexuality has been normalised, it is not normal. Our acceptance of the homosexual lifestyle, of same-sex couples, and of the gay scene has not eliminated our sense that these are alternatives to something, and that it is the other thing that is normal.”

I conclude that, according to the British Labour Party, anyone who has the temerity to plainly state facts ‘has no place in modern democracy’. If so, then modern democracy is not one I would care to be a part of, for it is certain to be a most terrible failure. G.