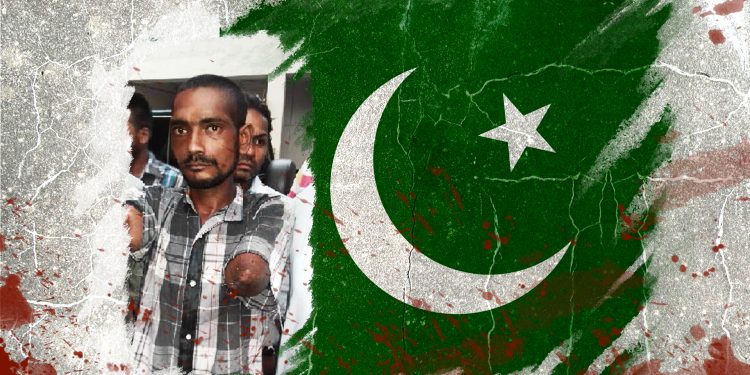 A Pakistani Christian Aqeel Masih, the resident of LDA Quarter, Lahore city has become the latest victim of the religion of peace. Aqeel Masih who used to work at a filling station was kidnapped few days ago by some peace loving Muslims who couldn´t tolerate a Christian existing among them and adoring a God other than Allah.

The poor labor class Christian was repeatedly tortured and forced to embrace Islam and quit following Christ but he refused to do so. In result his both hands were amputated as the punishment to refuse Muhammad as his prophet and Allah as his God. Somehow after escaping from that illegal abduction Aqeel Masih appeared in the Ghalib Market´s police station situated in Lahore city. Media had gathered there as well but the Police didn´t allow the victim of Islamic barbarity to speak with media and reveal the truth. Instead he was taken to an unknown location where he will be further interrogated and only then the police may take the following actions against culprits which is highly improbable as in such cases Muslims always manage to escape the justice. Once again; welcome to Pakistan, and once again; Hail the religion of peace.

Prayer in the time of hardship

The Good-News – The Answer to the Important Questions

A song dedicated to the persecuted Pakistani Christians

Blasphemy Law – The Loaded Gun Pointed At The Christians In Pakistan