The Abuse of Egypt’s Coptic Christians 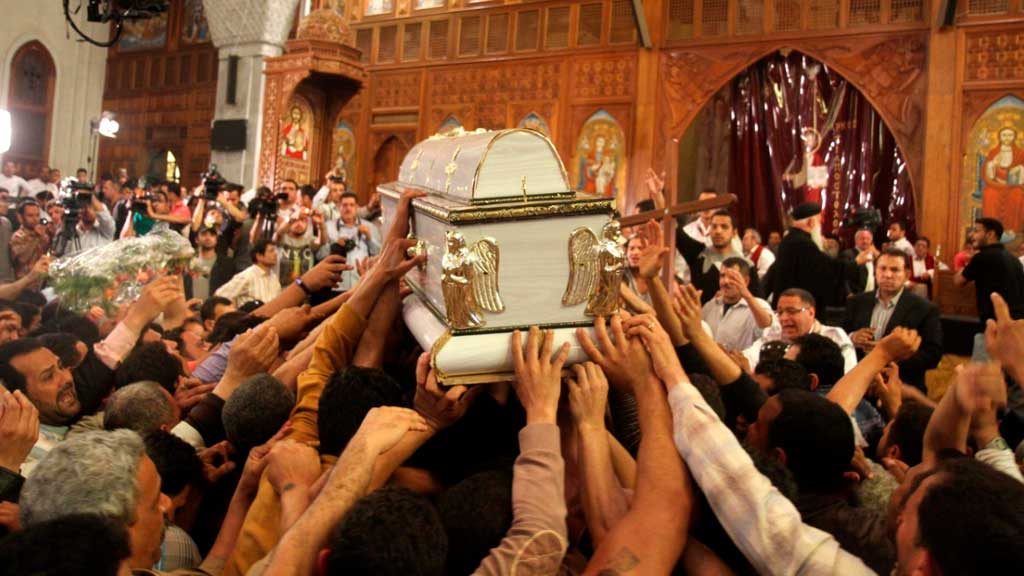 We have seen and recoiled from the horrific footage of Coptic Christians beheaded by ISIS in 2015 in Libya and the repeated bombings over the past two decades of Coptic churches in Egypt. We read about the Maspero massacre in 2011, when Egyptian military tanks, deployed to protect peaceful Christian demonstrators, instead rolled over them, crushing many to death. And we continue to receive reports of Coptic girls abducted, compelled to convert to Islam and forced into marriages with Muslims.

Each time there is news of another act of hate-filled violence against the Copts, or other religious minorities, we shudder. When there are attacks against Yazidis in the Fertile Crescent, the Baha´is in Iran and Christians and Ahmadis in Pakistan, we ask how Muslims can affirm these crimes against humanity perpetrated under the banner of Islam.

Apart from condemning the visible/demonstrable bigotry and violence — and from appealing to Western governments for assistance — Muslims opposed to Islamist extremism are at a loss about what needs to be done to hold the governments of Egypt and other Muslim-majority states accountable for their failure to protect their religious minorities from the sectarian violence that is regularly directed at them.

Here, regarding the Copts in Egypt, are a few preliminary observations that might serve as a proposal for how Muslims and non-Muslims, working together, might find a way out of this terrible situation and ensure their mutual survival and peaceful co-existence:

“For the four centuries that followed the Arab’s conquest of Egypt, the Coptic Church generally flourished and Egypt remained basically Christian. This is due to a large extent to the fortunate position that the Copts enjoyed, for Mohammed — the Prophet of Islam — who had an Egyptian wife named ‘Coptic Maria’ (mother of Ibrahim his son), preached especial kindness towards Copts: ‘When you conquer Egypt, be kind to the Copts for they are your protégés and kith and kin.”‘

So what is to be done given the situation of Coptic Christians in Egypt, and religious minorities across the Muslim ummah (community)?

Muslims in the public arena have one simple yet formidable task on hand: to speak the truth about the way in which Muslims across the world have been perverting God’s Word into a political ideology and their religion into an unending inquisition.

During a December 2014 address to religious scholars and clerics at Cairo’s Al-Azhar University — the most renowned Sunni Muslim institution of learning in the Islamic world — Egyptian President Abdel Fattah al-Sisi declared unambiguously:

For the political leader of present-day Egypt to understand that Muslim religious scholars and clerics “bear responsibility” for perverting Islam by turning it into a fierce political ideology is extraordinary. The question, however, is whether those scholars and clerics grasped what he was saying. More importantly, do they have the integrity to rise to al-Sisi’s challenge? And what about the West’s responsibility in this matter?

Western powers, if they are to maintain credibility regarding leadership based on human rights, cannot turn a blind eye to what is going on in the Muslim world. Muslims in Egypt and elsewhere know from experience the extent to which Western powers have betrayed in practice what they pronounce in theory when it comes to support for people subjected to authoritarian regimes.

Egypt’s Muslims have a long record of struggling to modernize their society. The lack of success of religious reformers, such as Muhammad Abduh (1849-1905) and Ali Abd al-Raziq (1888-1966), and secular intellectuals, such as Taha Hussein (1889-1973), Nasr Hamid Abu Zayd (1943-2010) and Hasan Hanafi (b.1935), in bringing Egypt out of its “third world” cultural backwardness was compounded by the complicated history of the country and people caught in the grips of colonial interests, anti-colonial struggles, inter-Arab rivalries, wars against Israel, and the Cold War contest in the Middle East.

What is long overdue from the West is a robust policy to defend and secure human rights for everyone, especially minorities, in Muslim-majority countries. Ironically, it already has on hand well-tested policies of both defending and successfully advancing respect for human rights within totalitarian states in the form of the Helsinki Agreement of 1975, which in retrospect contributed to the undoing of communism in the Soviet Union and its satellites in Eastern Europe.

A policy modelled on the Helsinki Agreement and tailored to the specific situation within the Muslim world, as in Egypt, by the Western powers led by the United States should be presented as the sine qua non to the member states of the Organization of Islamic Cooperation (OIC) if they wish to maintain a relationship of mutual respect and assistance with, for instance, the G7 nations. As signatories of the UN-adopted Universal Declaration of Human Rights of 1948, the OIC member states, including Egypt, must be told in no uncertain terms that their complicity in or failure to prevent human-rights abuses will have serious consequences.

The Western powers should also make it known categorically that the 1990 Cairo Declaration of Human Rights in Islam, which was adopted by the OIC, is unacceptable, because Article 24 of the document states: “All the rights and liberties stated in this Declaration are in accordance with the precepts of the Islamic Law.” In other words, the Cairo Declaration makes Shariah law the basis for rights and freedoms within Muslim-majority countries. This should be totally unacceptable to Western powers, particularly the United States, as the principal founding member of the United Nations — just as it is unacceptable to Muslims who understand the incompatibility of Shariah with the requirements of the modern world.

Shariah is an obsolete product of the minds of men belonging to the early Middle Ages. The Copts, as other religious minorities among the member states of the OIC, and many Muslims, are victimized daily on the basis of Shariah in Egypt. There can be no reprieve for them as long as the government continues to impose Shariah-directed rules and regulations in the country as a whole, and as long as Egyptian society complies.

An incessant demand must be made of the United States to lead the G7 to adopt a Helsinki-type of agreement in their dealings with the member states of the OIC. Such an accord eventually would have a similar effect on the Muslim world — in terms of human rights, protection of religious minorities, equal status for women and freedom of speech as essential for advancing democracy — as the Helsinki Agreement had in liberating the people under communism in the former Soviet Union and in Eastern Europe.

The treatment of the Copts in Egypt is a moral outrage for any Muslim aware of the religious tradition bequeathed to him by his prophet. This tradition includes Muhammad’s affection for the Copts through his marriage to Maria, a daughter of the Copts, who bore him the son, Ibrahim (died in infancy), he so earnestly desired. As a result of this providentially blessed relationship, the Copts as a people became Muhammad´s extended family, his kith and kin. When Egyptian Muslims seek God’s mercy, they need reminding that it begins with atoning for wrongdoing against the Copts, and seeking forgiveness from them. The leadership of Al-Azhar University in Cairo could make a beginning by following President al-Sisi’s example when he said recently, in welcoming the Copts with open arms as members of Egypt’s family:

“We too love you. You are our family, you are from us, we are one and no one will divide us.”